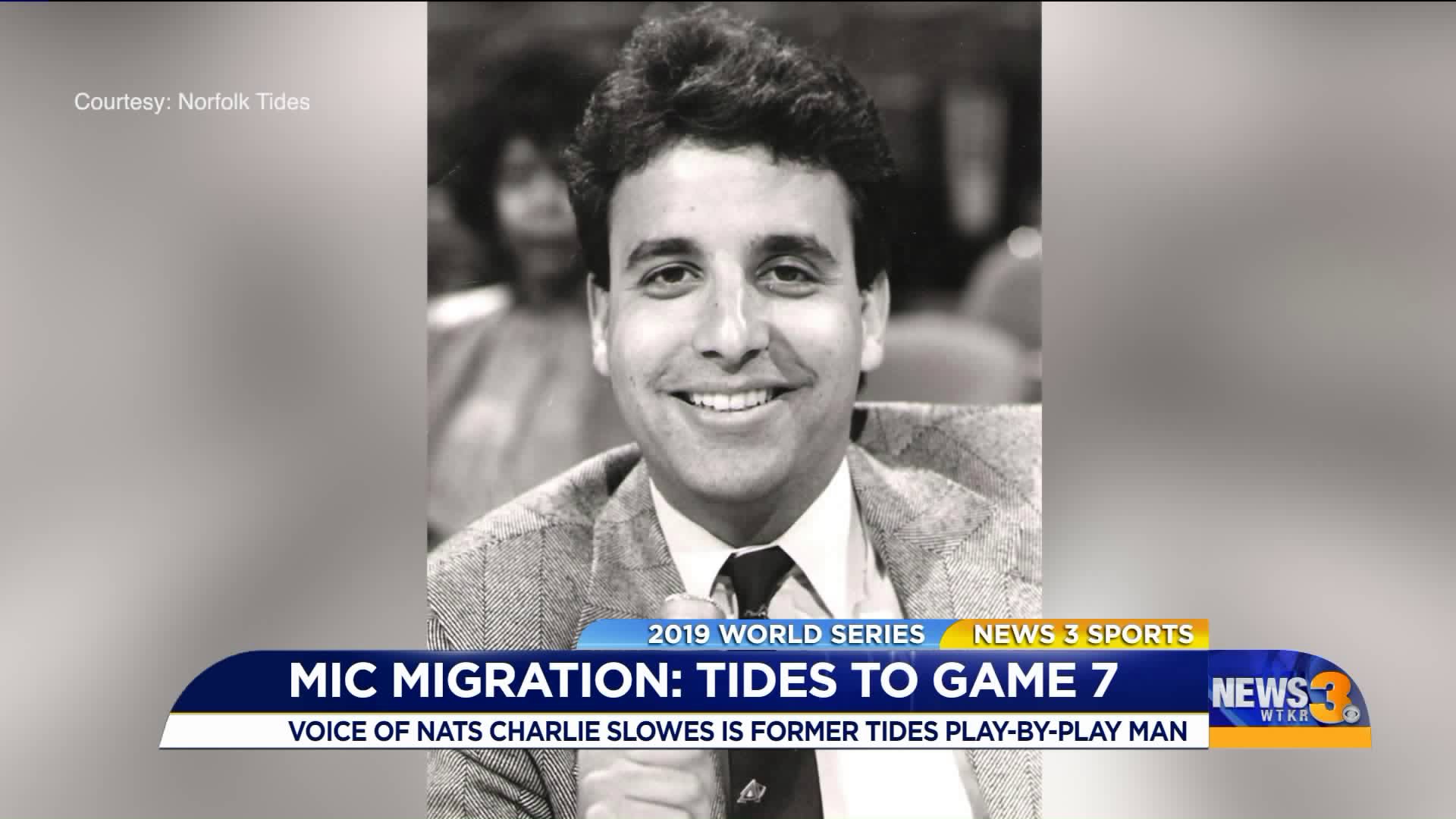 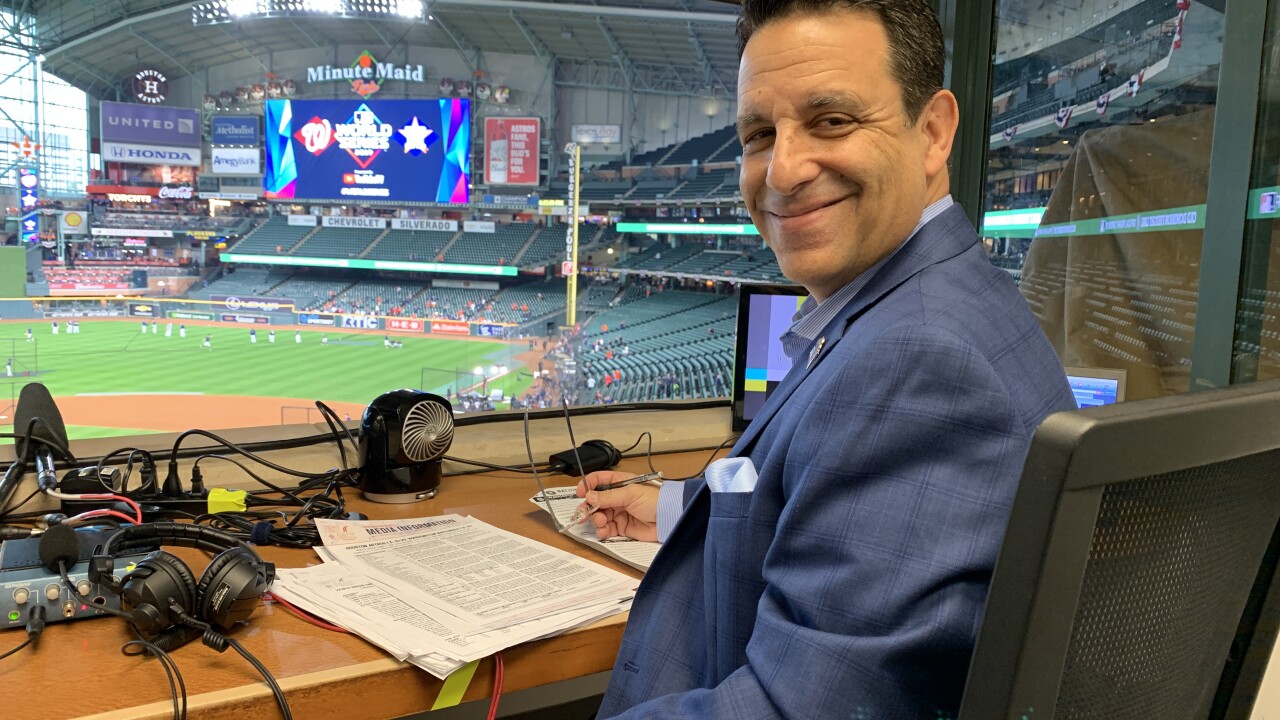 HOUSTON, Texas - Game seven of the World Series is unfamiliar territory for the Washington Nationals and many of the players on their team. However, as the Nats play for their first World Series title, there will, indeed, be some familiarity - at least for baseball fans in Hampton Roads.

Charlie Slowes has been the radio voice of the Nationals since the team moved to Washington, DC in 2005. Slowes served as a broadcaster for the Triple-A Tidewater Tides, now the Norfolk Tides, in 1986, 1991 and 1992.

"I went to Norfolk, old Met Park by the airport, and told myself to treat every game like it was a major league game," Slowes told News 3 prior to Wednesday's game seven. "I was preparing to do something like this down the road. That was my hope - that I would become a big league broadcaster."

Slowes took over as play by play man for the expansion Tampa Bay Devil Rays in 1998. He also spent more than a decade calling NBA games and filling in on other MLB broadcasts. However, Wednesday's game seven is a career highlight for him.

"It's everything every player dreams of - for a broadcaster, you could say the same thing," Slowes admitted. "It's the thrill of a career, thrill of a lifetime. This postseason run almost isn't real. It's happening, but it's happening so fast. I think as it gets close late in the game, if they have a chance to win, I believe we'll be able to realize what's happening and savor the moment. You're talking about baseball history, so whether as a broadcaster or a fan - it's something you'll remember forever."

Players for the Washington Nationals and Houston Astros aren't the only ones living out their major league dreams after dreaming about these moments in the minor leagues.