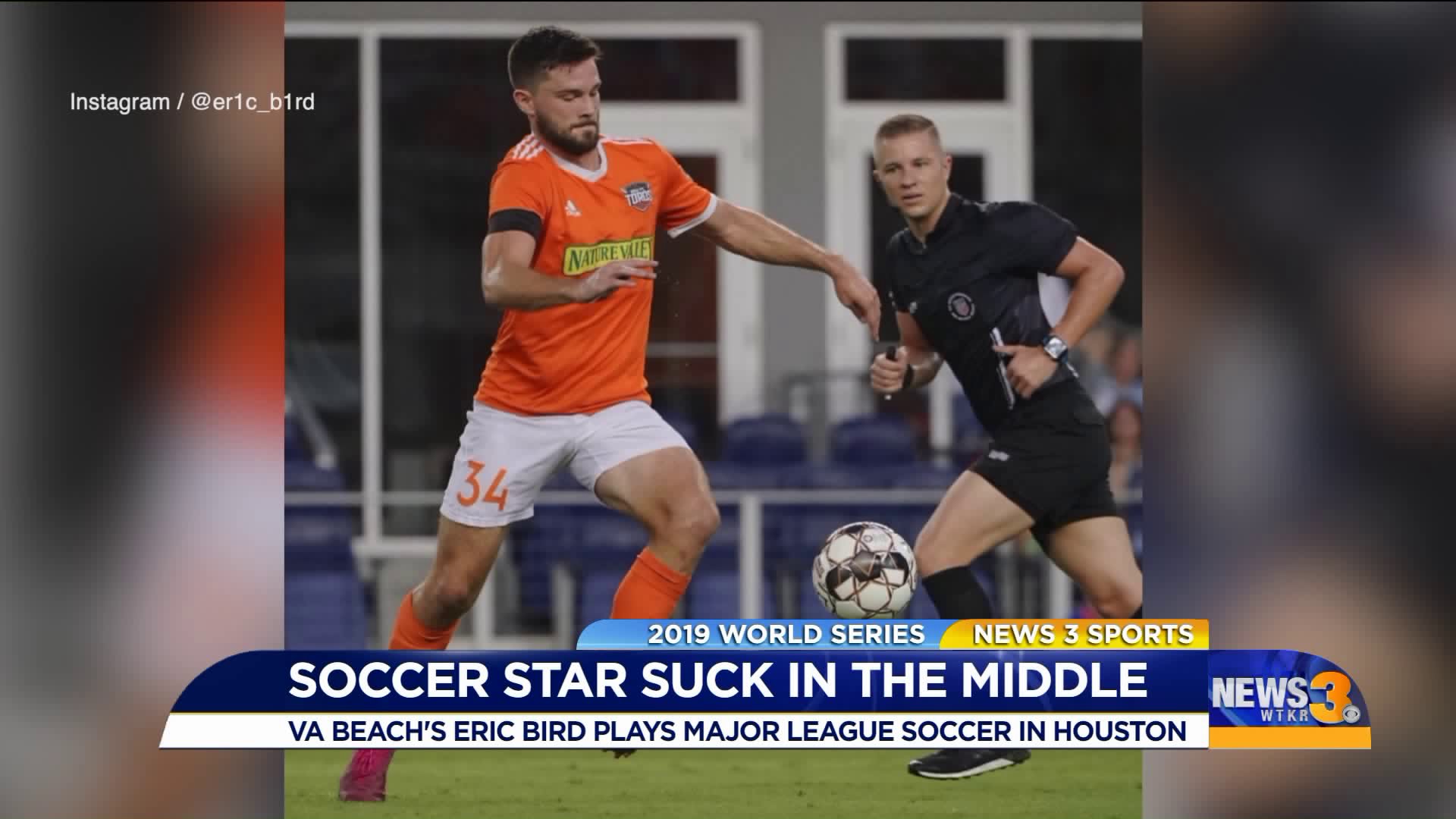 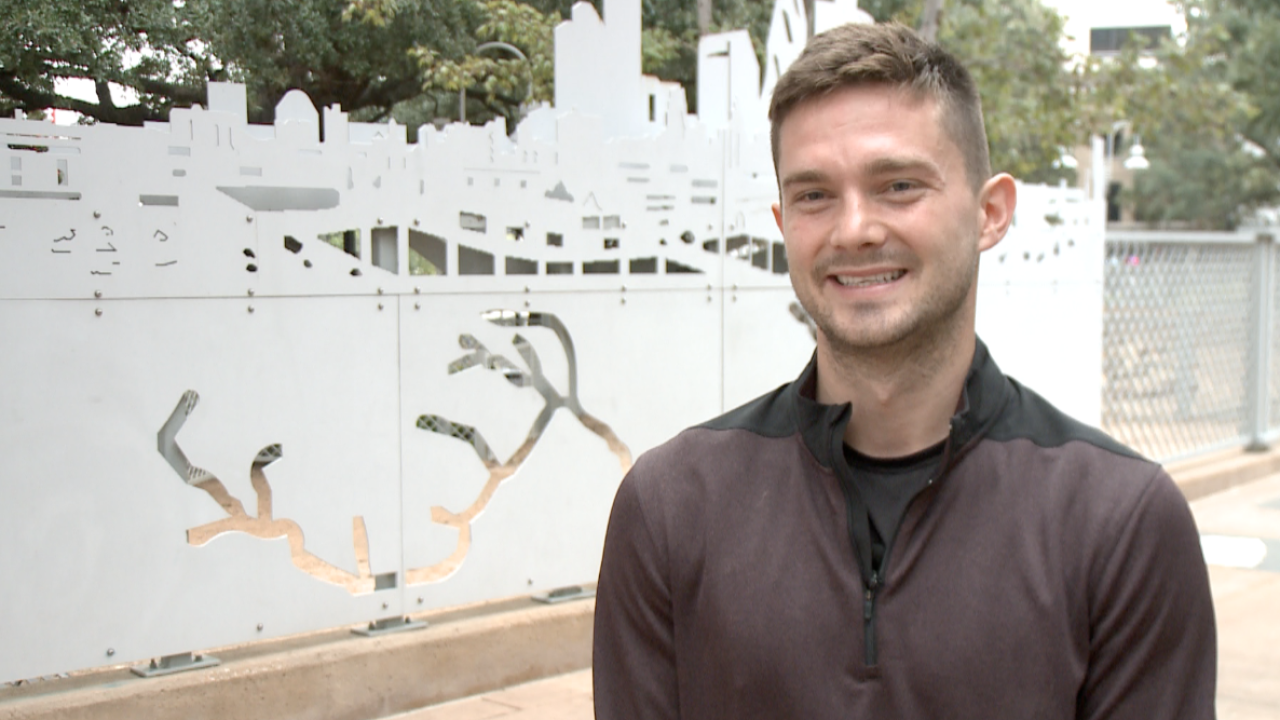 HOUSTON, Texas - As the 2019 Major League Baseball World Series returns to Houston for Tuesday's game 6, we found one major leaguer who plays in Houston who's cheering for the visiting Washington Nationals against the Astros.

Eric Bird is a Virginia Beach native who just completed his second season with the Houston Dynamo, the city's Major League Soccer team. Bird is a lifelong fan of Washington, DC sports teams - including the Washington Nationals and Washington Redskins. Further proof of his fandom: his new puppy is named after Redskins Hall of Famer John Riggins.

"It's been crazy for me," Bird told News 3 Tuesday in downtown Houston. "A lot of ups and downs, especially in this series."

Bird, the Frank W. Cox high school alumnus, helped lead UVA to an NCAA title in 2014. Ryan Zimmerman and Sean Doolittle, two key members of the Nationals, both played at UVA and are now trying to eliminate the Houston Astros in the 2019 World Series.

"You have to remain neutral, especially in a place like Houston where the fans are so passionate," Bird explained.  "I'm a loyal guy, so I've been pulling for the Nats. But, I can't say I'd be super upset if the Astros pulled it out and I was able to watch a world series celebration here."