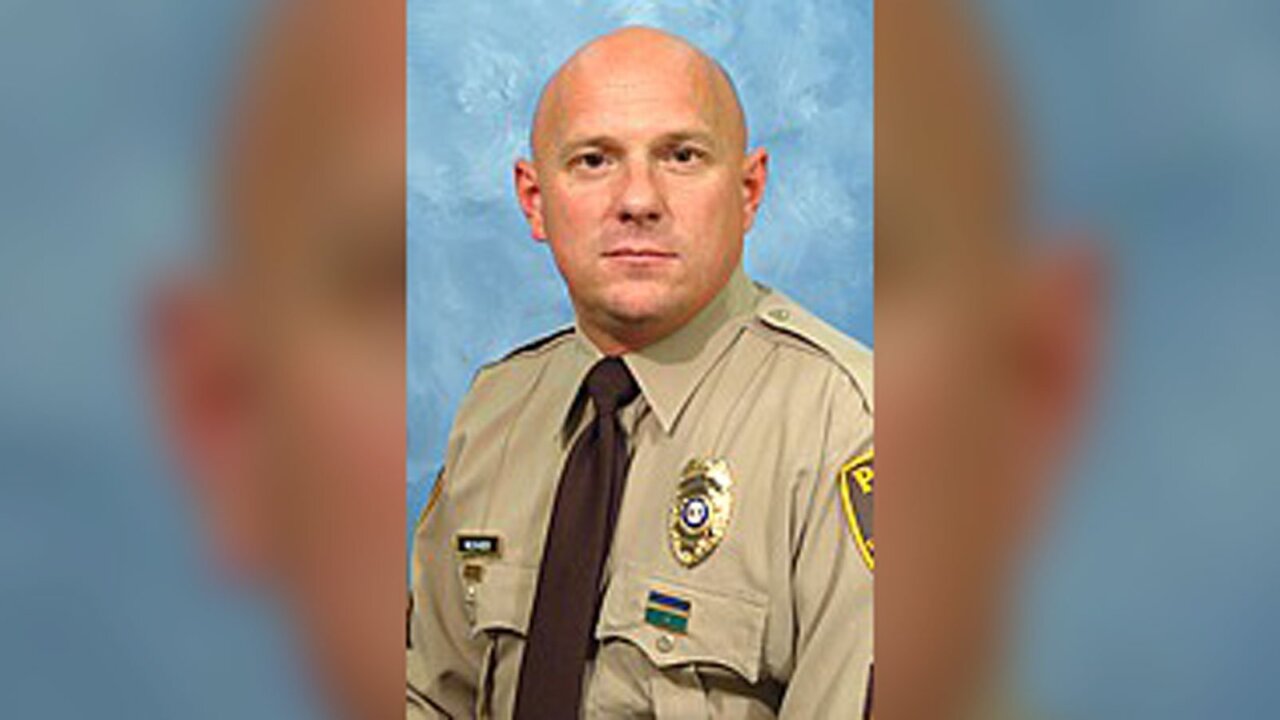 Keith Wildhaber alleged in a 2017 lawsuit that the St. Louis County Police Department discriminated against him because of his sexual orientation.

A jury has awarded nearly $20 million to a police officer in Missouri who alleged that his department discriminated against him over his sexual orientation and said he was told to “tone down your gayness.”

St. Louis County Police Sgt. Keith Wildhaber was performing a routine security check at a local restaurant in 2014 when the owner offered up some surprising career advice, according to a 2017 lawsuit.

Wildhaber was applying to be promoted to lieutenant, the lawsuit said, and word had gotten around to owner John Saracino, who was also on the St. Louis County Board of Police Commissioners at the time.

“The command staff has a problem with your sexuality,” Saracino allegedly told Wildhaber, according to the lawsuit. “If you ever want to see a white shirt (i.e., get a promotion), you should tone down your gayness.”

Wildhaber, then a 20-year veteran of the department, didn’t get that promotion. And despite stellar performance reviews and the support of his supervisors, the lawsuit alleged, he was passed up for numerous other promotions because “he does not conform to the County’s gender-based norms, expectations, and/or preferences.”

A month after Wildhaber filed a complaint to the US Equal Employment Opportunity Commission and the Missouri Commission on Human Rights, he was reassigned from his afternoon shift to a midnight shift in a precinct that was about 27 miles from where he lived, according to the lawsuit.

Following his reassignment, Wildhaber filed another discrimination charge, this time alleging unlawful retaliation. The lawsuit states the department discriminated against him because it believes he “does not fit the stereotypical norms of what a ‘male’ should be.”

After the jury’s decision Friday, county officials called for police department leadership to step down.

St. Louis County Executive Sam Page said in a statement Sunday that the county would soon begin appointing new members to the police board, which oversees the police chief. An announcement on the changes would be forthcoming, he added.

“The current police board and current police chief have served the county faithfully for years,” Page said. “The time for leadership changes has come and change must start at the top.”

The St. Louis County Police Department did not return multiple calls and emails from CNN on Monday.

The St. Louis County Police Association, the union that represents St. Louis County police officers, said in a statement on Facebook that contract negotiations with the department had been delayed over its “unwillingness to agree to protect our organization’s ability to fight against and remedy internal discrimination and retaliation.”

“The St. Louis County Police Association has a long history of fighting for equality for all of our members,” the post read. “While we are extremely embarrassed of the alleged actions of some of our Department’s senior commanders, we look forward to the healing process that can begin to take place now that this has been heard in open court.”

Sam Moore, Wildhaber’s attorney, applauded the jury’s decision in a statement to CNN.

“We are ecstatic for our client, and it has been an honor and a privilege to have been part of this historic verdict,” Moore said. “This has been a long and difficult road for Keith. His bravery and courage in standing up for what is right should be an inspiration for employees everywhere.”