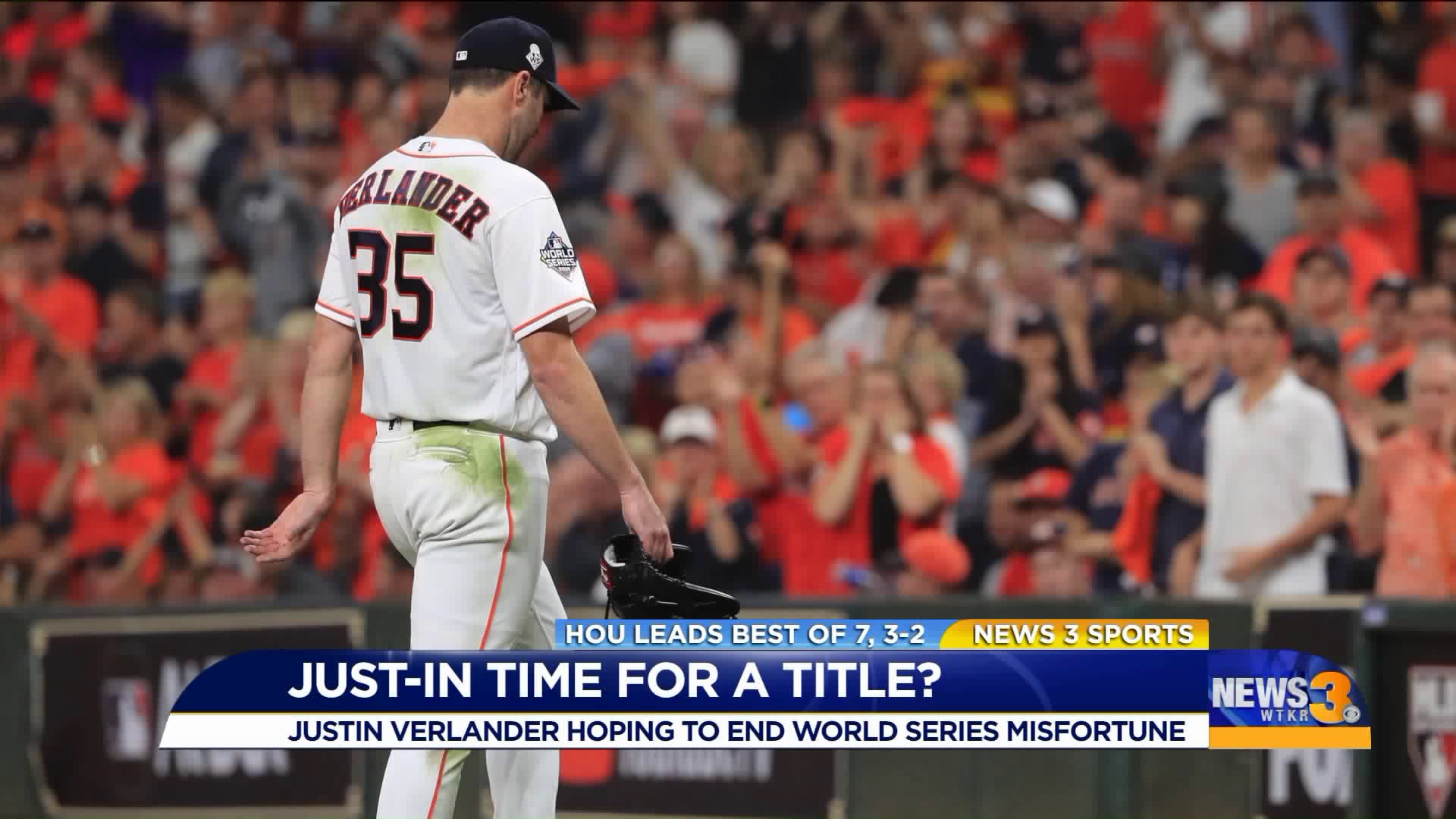 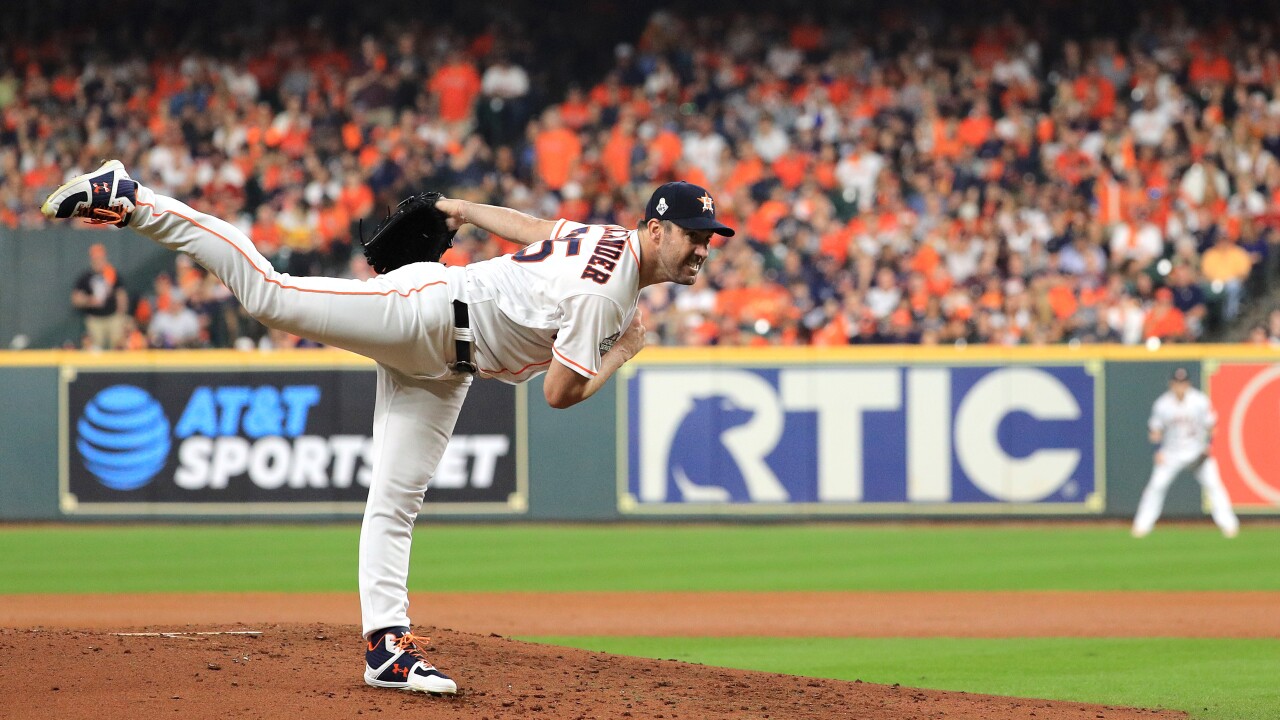 HOUSTON, Texas - In his Hall of Fame career, pitcher Justin Verlander has made six starts in the World Series. He owns a record of 0-and-5 in those six contests. Should Verlander snap that skid, he'll be a World Series champion for the second time in three years.

Justin Verlander #35 of the Houston Astros delivers the pitch. (Photo by Elsa/Getty Images)

Tuesday, the former Old Dominion University star will pitch for the Houston Astros as they try to eliminate the Washington Nationals from the 2019 World Series and win the franchise's second World Series title. Houston leads the best of seven World Series 3-2 after the Nationals failed to win any of their three home games last weekend.

"Those are the moments that you dream about," Verlander admitted when asked about pitching to win the World Series. "As a kid, me and my dad in the backyard just drawing up these moments in our heads, Hey, Game 7 of the World Series, you're on the mound, two outs, bottom of the 9th, bases loaded. It's just having the opportunity to be out there and be on the mound hopefully in a scenario where we can close it out, that's everything I've dreamed of."

First pitch of Tuesday's game 6 is set for 8:07 p.m. inside Minute Maid Park in Houston. Should Stephen Strasburg, the Nationals' ace, find a way to defeat Verlander - the Astros and Washington will play a winner take all game seven Wednesday.