Dozens of bridges labeled structurally deficient in our region – are drivers safe? 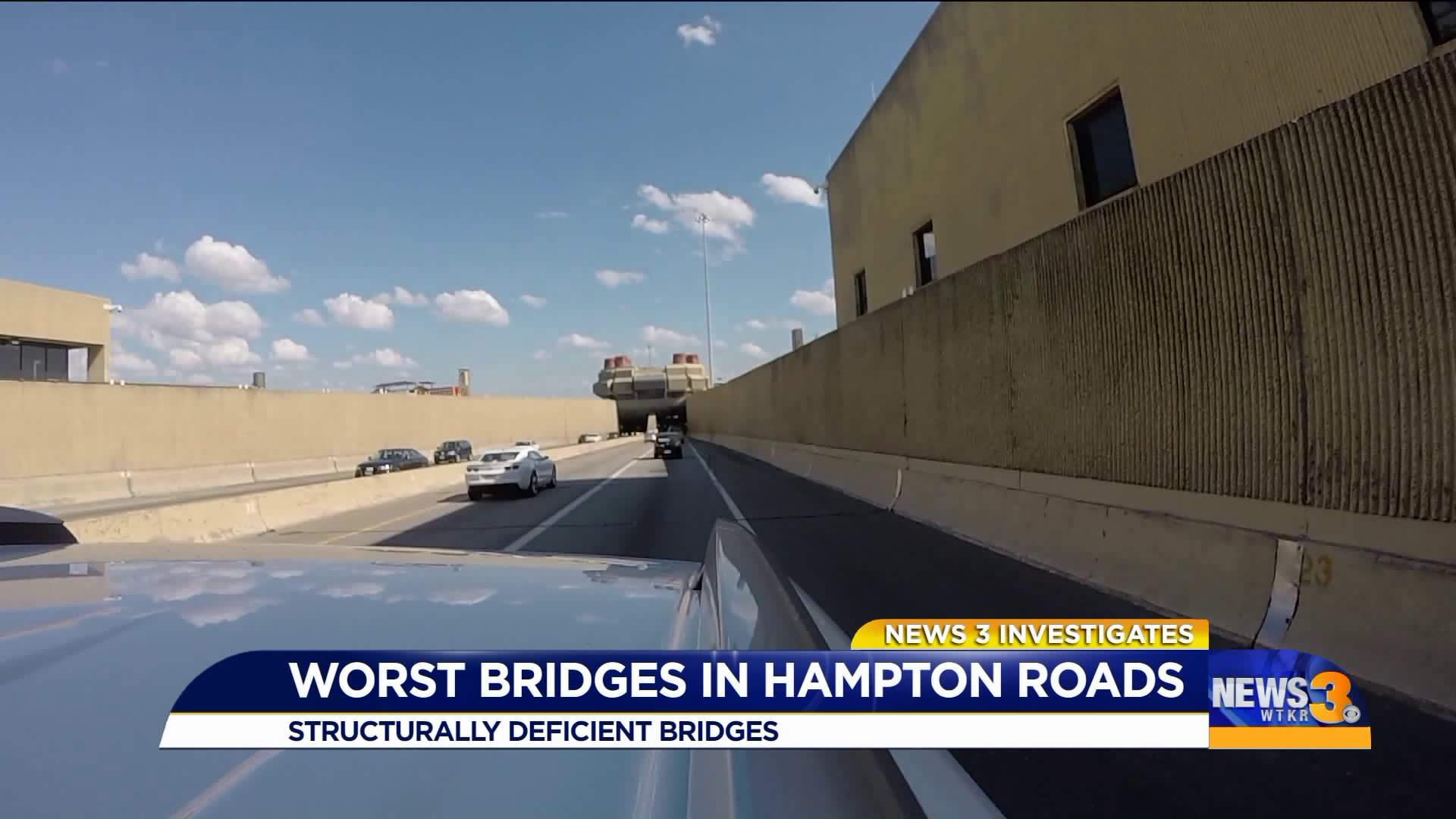 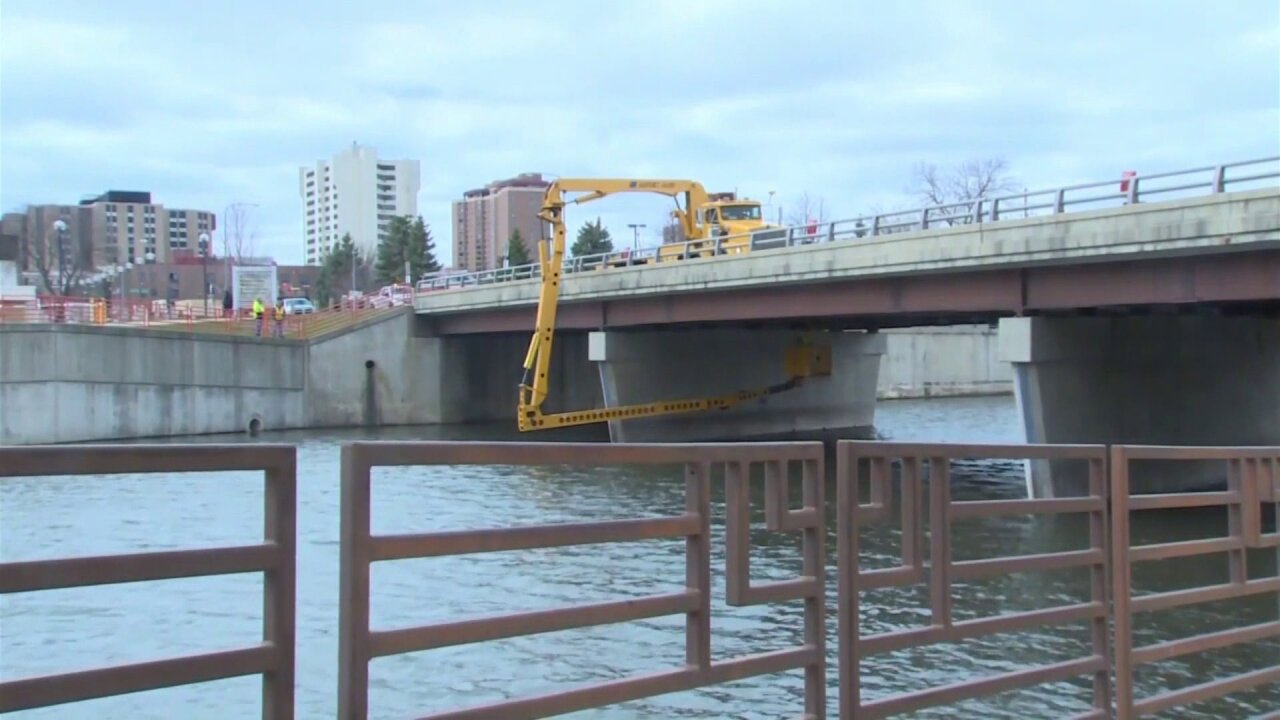 HAMPTON ROADS, Va. - Hampton Roads is surrounded by bridges, and thousands of commuters drive on them every day.

Dozens of those bridges in our region are labeled structurally deficient.

The images from other places that have experienced tragic results from a problematic bridge are haunting. A bridge collapsed in Italy last summer, and dozens of people were killed. A pedestrian bridge in Florida came down last year, killing six and injuring eight, and a concrete overpass collapsed in Tennessee this past April.

Transportation officials around the country look at those accidents and learn from them.

Bill Collier is the Virginia Department of Transportation District Maintenance Manager for Hampton Roads. He said, “We are going to make sure we learn from failures that happened."

Collier said the age of bridges is going to continue to be a problem across the entire country. Each region in Virginia has a list of structurally deficient bridges.

There are about 60, but the number can fluctuate as structures fall on and off the list.

In Newport News, one example of a structurally deficient bridge is the Denbigh Boulevard Bridge Replacement Project. It cost $23 million but will bring the bridge up to state standards.

“There are a lot of sick bridges in the system, partially sick and quite a bit sick,” said Dr. Zia Razzaq, an Old Dominion University engineering professor with decades of experience.

“A major event occurs, they say, 'Let’s put a magnifying glass on that.' Everything is after the fact,” said Razzaq.

According to the American Road and Transportation Builders Association, there are more than 600 bridges across the state of Virginia labeled structurally deficient.

Structurally deficient is a term that sounds concerning to some, but Collier explains it’s not as bad as it sounds.

“The biggest misconception is the word 'structurally deficient.' It’s a term that we use in the industry, but it is not something that means 'unsafe,'" said Collier, “People always think we have an unsafe bridge. That’s not the case. It’s a bridge that we’ve identified with one issue on it that we need to maintain, watch closely and potentially put it on a list for replacement down the road.”

The report found that about 38% of all U.S. bridges need repair, replacement or major rehabilitation and found that if you put all of the structurally deficient bridges in the country end to end, they would span about 1,100 miles. That’s like driving from Virginia Beach to Key West.

The report also found that it would take more than 80 years to replace or repair all of the nation’s structurally deficient bridges.

And in our community with so much infrastructure, some drivers can’t help but wonder: How they are protected?

“We take maintenance and take the condition of the bridges very seriously. We follow all the inspection guidelines set by the federal government. We are improving our bridge conditions over time. We continually beat the state average, and the state continually beats the national average,” said Collier. “We are trying to maintain all the bridges not just the worst.”

Razzaq says there is constantly a lack of money the federal government is providing to the states. He thinks more funds should be allocated to keep drivers safer.

But despite the problems, VDOT leaders say our bridges are safe.

“In my mind, we have some of the best bridges overall in the state and in the country,” said Collier.