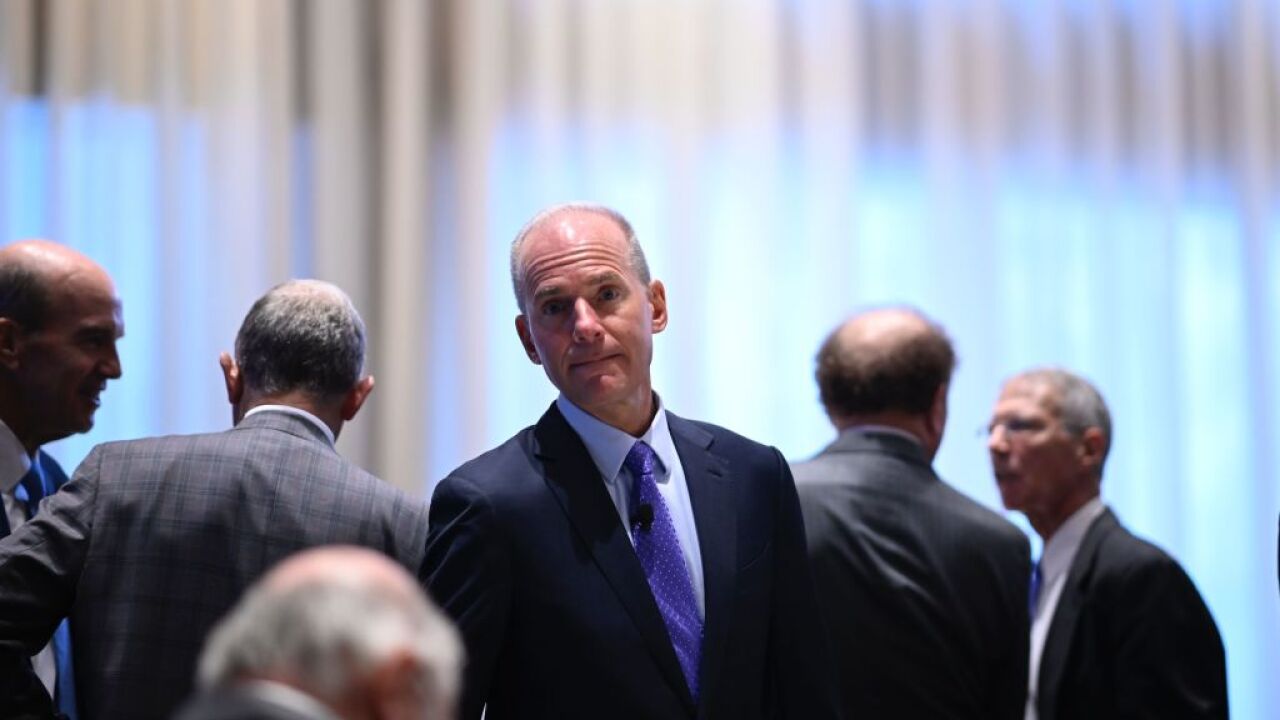 When Boeing’s CEO lands in the hot seat this week, members of Congress have pointed questions for him, such as: “How the hell did this happen?”

In what will be a crucial week for the company, members of Congress are poised to probe how Boeing allowed shortcomings in its design of the 737 MAX jet, including a critical single point of failure in the stability system, and how the Federal Aviation Administration signed off on the plane.

Rep. Peter DeFazio, chairman of the House committee probing the crashes, laid out in stark terms on Monday what he wants to learn from CEO Dennis Muilenburg when he testifies on Wednesday, the day after his Tuesday appearance before a Senate committee.

The hearings thrust Muilenburg into the hot seat at a critical time for the company and the future of the 737 MAX. Indonesian investigators on Friday released their final report on the first 737 MAX crash, with sharp criticism of Boeing and the FAA. Several other probes are also expected to report soon, including an international panel convened by the FAA that recommended changes to how planes are certified. There is also the looming criminal investigation by the Justice Department.

And Boeing continues to say it hopes the plane is cleared for flight before the end of the year, while the grounding weighs heavily on its bottom line.

Muilenburg is prepared to tell Congress this week the company “understand(s) and deserve(s) this scrutiny” it is receiving.

“I want to answer all of your questions and convey to the world that we are doing everything in our power to make our airplanes and our industry safer and prevent an accident like this from ever happening again,” he is slated to say in his prepared testimony, obtained by CNN on Monday.

As the first Boeing official to testify before Congress since the crashes, Muilenburg opens his remarks with another apology to the family members of victims, and said the company continues to conduct simulator and flight tests of its revisions designed to prevent the issue with a stability system from bringing down the plane in the future.

“We’ve also flown more than 814 test flights with the updated software and conducted numerous simulator sessions with 545 participants from 99 customers and 41 global regulators,” Muilenburg is set to say.

In his company’s earnings call last week, he said he believed the scrutiny is “clearly the interest of our company” because it will help with the development of a stronger safety culture.

DeFazio says committee investigators have received hundreds of thousands of documents from Boeing that show a different internal culture.

The internal emails and messages reveal a “pattern of extraordinary production pressure” to keep up with a new jet from its competitor, Airbus.

The documents, he said, make it clear that a was a culture of pressure on employees came from very high levels within Boeing and “permeated the organization.”

The committee is also reviewing disclosures made by whistleblowers, including current and former Boeing employees, according to DeFazio. Committee staffers have interviewed FAA employees but are currently awaiting the work of criminal investigators before interviewing Boeing employees.

Their probe includes looking for ways to change the delegation program that gave Boeing employees, rather than FAA employees, the authority to sign off on aspects of the jet. The FAA has said it was implementing the program designed by Congress, and that FAA officials oversaw the Boeing employees. Some members of Congress believe the reins need to be tightened on the delegated authority.

But DeFazio is also concerned what is not in the company’s stack of documents, such as damning internal instant messages released earlier this month that Boeing had not previously handed to committee investigators, and a warning light that the company knew — but did not tell regulators or customers — was not properly connected on many MAX jets.

Family members of some Ethiopian Airlines victims are expecting to meet with Boeing executives on the sidelines of the hearings, according to a spokeswoman for the families.

The families are scheduled to meet with Muilenburg and Timothy Keating, who leads Boeing’s lobbying operation, on Wednesday to “discuss the families’ priorities of funding philanthropic efforts,” the spokeswoman, Pamela Menaker, said.

Spokesmen for Boeing did not respond to a request from CNN to comment on the family meeting.