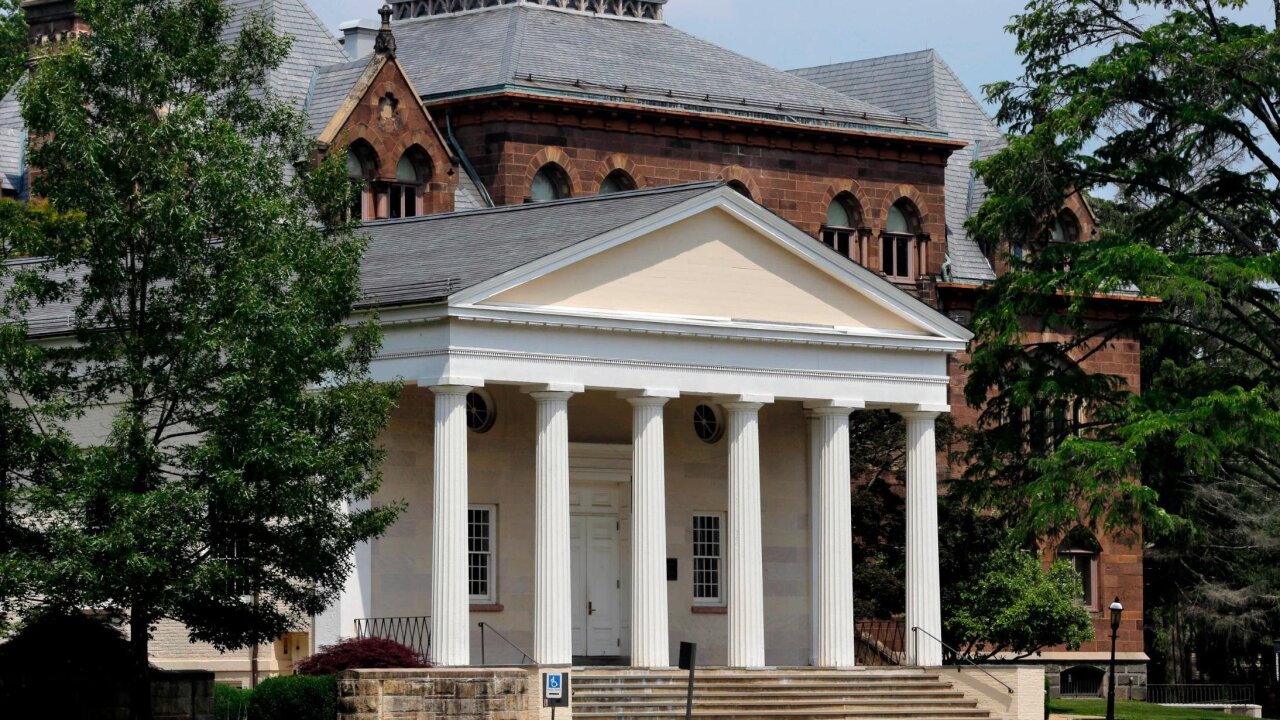 The Princeton Theological Seminary has announced it will set aside $27.6 million in reparations to repent for its ties to slavery.

The Princeton Theological Seminary is pledging to spend nearly $28 million on reparations over its ties to slavery, an effort believed to be one of the largest of its kind.

The Princeton Theological Seminary has announced it will set aside $27.6 million in reparations to repent for its ties to slavery.

Under the plan, which was announced last week and will be implemented over the course of the next five years, the private school of theology in New Jersey will offer 30 new scholarships and five doctoral fellowships for descendants of people who were enslaved or for others from underrepresented groups.

The seminary will make changes to its curriculum, hire more scholars to study the legacy of slavery and rename campus spaces in honor of prominent African-Americans, among other initiatives.

The program will cost more than $1 million a year, the seminary said, and $27.6 million will be set aside in the endowment to sustain it.

“These responses are intended as acts of repentance that will lead to lasting impact within our community,” said John White, dean of students and vice president of student relations for the seminary, in a news release. “This is the beginning of the process of repair that will be ongoing.”

The actions are a result of two-year audit conducted by faculty and administrators that detailed the Princeton seminary’s relationship to slavery.

The report found that the seminary, which is independent of Princeton University, did not own slaves and that its buildings were not constructed with slave labor.

But the seminary did receive financial contributions from Southern sources, including slaveowners and congregations with ties to slavery. And for a time, a large portion of the seminary’s endowment was connected to Southern banks that were financing the expansion of slavery in the Southwest.

The research found that several of the seminary’s founders and early leaders used slave labor, despite speaking out against slavery. Additionally, many seminary faculty, board members and alumni were involved in the American Colonization Society, an organization that argued against immediate emancipation and advocated sending formerly enslaved people back to Africa.

“The Seminary’s ties to slavery are a part of our story,” said M. Craig Barnes, the seminary’s president, in a statement. “It is important to acknowledge that our founders were entangled with slavery and could not envision a fully integrated society.”

Leaders of the Association of Black Seminarians, a student group that developed its own recommendations for reparations, said they are glad that the seminary is taking steps to address the legacy of slavery.

But that they still have concerns.

“We appreciate the fact that we have been heard and that something is being done,” Nicholas Young, president of the Association of Black Seminarians, told CNN.

“Simultaneously, we are in a position of anticipation,” he said. “And that anticipation is waiting on the institution to do more.”

According to the seminary’s audit, anywhere from 15 to 40 percent of the institution’s revenue before the Civil War was generated from sources connected to slavery. By that estimation, Young said, at least 15 percent of the seminary’s $986 million endowment should be set aside for reparations.

That would require a commitment of $147 million, far short of the $27.8 million pledged so far.

Young said that the Association of Black Seminarians was disappointed that faculty and administrators didn’t present its recommendations to the board of trustees for consideration. The organization voiced concerns about how exactly some of the initiatives will be implemented and why some were expected to take so long.

“This is an important matter,” said Al Curley, vice president of the Association of Black Seminarians. “It is a time where Princeton has the opportunity to be a pioneer and make history and they need to consider this closely.”

Anne Stewart, the seminary’s vice president for external relations, responded in a statement to CNN.

“The task force did not begin with a dollar figure in mind. We set out to make a generational change,” her statement read. “All of the recommendations together — the curriculum changes, community partnerships and financial assistance — all work together to make, what we hope is, a significant difference that has impact well beyond our campus and well into the future.”

Other schools have discussed reparations

The Princeton seminary’s announcement comes as reparations for slavery has become a topic of mainstream political conversation. Several Democratic presidential candidates have voiced support for some form of reparations, and in June, a House committee held a hearing on the issue.

Meanwhile, colleges and universities across the nation have been grappling with their roles in slavery and how to make amends.

In September, Virginia Theological Seminary said it had set aside $1.7 million to pay reparations to the descendants of slaves who worked on its campus.

In April, students at Georgetown University voted to increase their tuition to benefit the descendants of the 272 enslaved Africans that the Jesuits, who oversaw the school, sold in the 1830’s.

The Jesuits held an emotional ceremony in 2017 apologizing for selling enslaved people to sustain the school financially and pay off its debt.