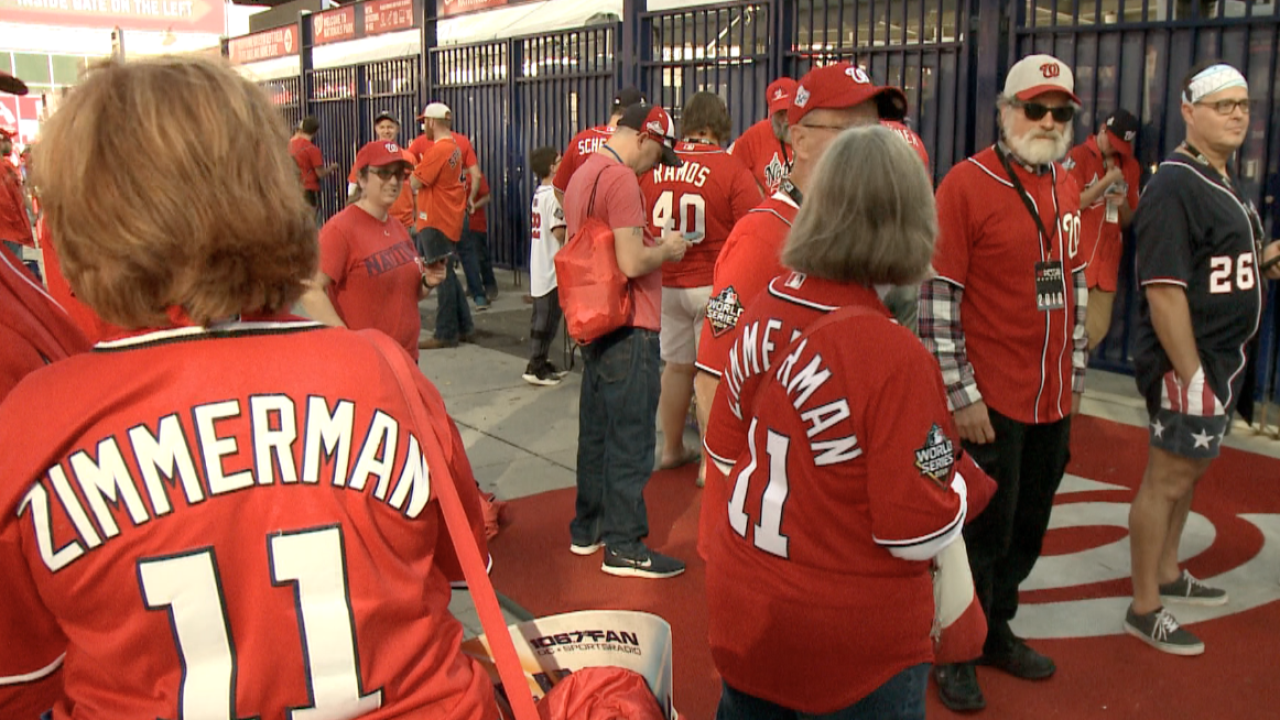 WASHINGTON, DC – Regardless of the result of Sunday’s World Series game 5, it will be the final contest played at Nationals Park this season. Therefore, it could be the final home game for a Nationals icon.

Ryan Zimmerman, the 35 year-old who was the Nationals first ever draft pick back in 2005, will not be under contract with the team next year. However, on multiple occasions, the Kellam High School and UVA product has stated his desire to return to the only team for which he’s ever played.

Sports Director Adam Winkler visited with Nats fans prior to game 5 – and while they’re beyond grateful for the impact Zim has made on the franchise, they are not ready to bid him farewell yet.

Zimmerman, the @KellamHigh & @UVABaseball product, is the face of the franchise & has been for years.