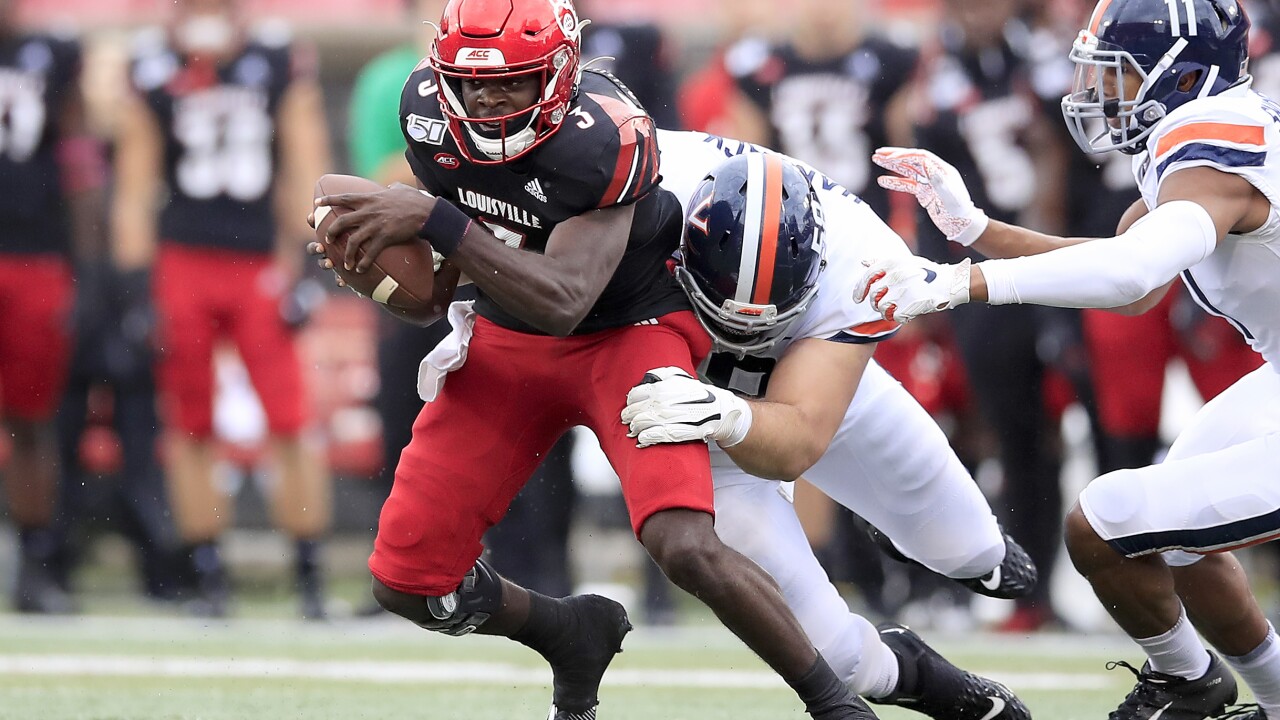 LOUISVILLE, KENTUCKY – OCTOBER 26: Micale Cunningham #3 of the Louisville Cardinals runs with the ball against the Virginia Cavaliers on October 26, 2019 in Louisville, Kentucky. (Photo by Andy Lyons/Getty Images)

Virginia had a chance in the closing seconds to force overtime. Bryce Perkins found Tavares Kelly on a four-yard scoring strike with 21 seconds left to make it 28-21. Hasise Dubois recovered the ensuing on-side kick from A.J. Mejia to give UVA a chance at the Louisville 41. With four seconds remaining Perkins’ pass to the end zone fell incomplete, clinching the win for the Cardinals.

Virginia used two Wayne Taulapapa rushing touchdowns in the first half to take a 14-7 lead into the intermission. UVA marched 60 yards on seven plays during its first possession of the game to take an early 7-0 lead. Taulapapa capped the drive with a six-yard rush. He later added a 19-yard rushing touchdown in the second quarter to break a 7-7 tie.

Louisville scored 21-unanswered points to start the second half thanks to two rushing touchdowns by Javian Hawkins.