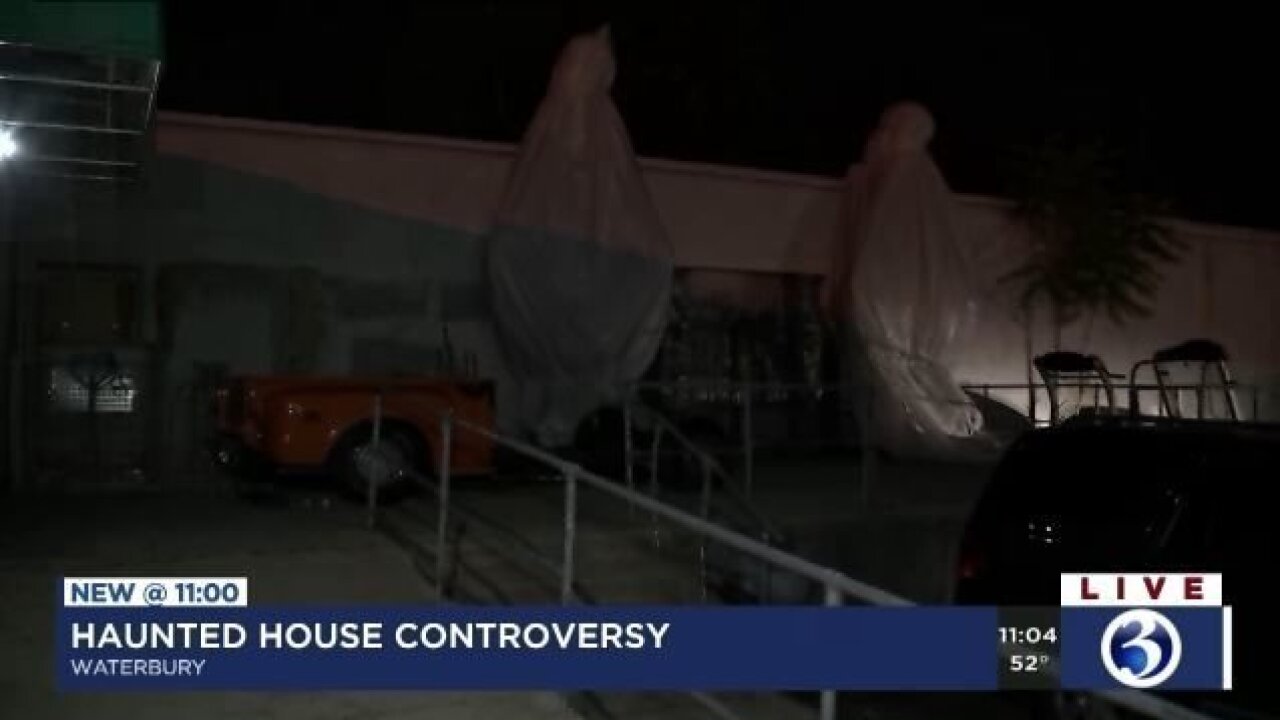 Haunted houses are busy most Friday nights, but one Connecticut business feared a controversy could scare away customers.

The Nightmare on Wolcott Street is still open. The controversy stems from two statues that have been covered up at the request of the Waterbury mayor’s office.

This photo that appeared in the Waterbury Republican American shows two statues of Virgin Mary that sit on Anderson’s property. Some critics feel the statues being so close to a haunted house is disrespectful.

“I read the paper and was like are you kidding me? It just got blown way out of proportion,” said Mike.

They did not want to offend any of their neighbors. At the suggestion of the mayor’s office they wrapped the statues in opaque plastic. They’ll stay there until the business owners eventually use the statues, which have no role in the haunted house, into a nativity scene next year.

“I couldn’t believe that someone would think that we are because we are Catholic. That anyone would ever present that we would do anything like this, it was unbelievable,” Renee said.

Dearborn and Anderson have apologized for upsetting anyone. Most people seem satisfied with the new solution and in the end, the controversy didn’t hurt business. Sales have gone up since the photo was published.

“They apologized for anybody who they might have offended. That’s enough for me,” said Eric Hooper of Plainfield.