World Series: Astros win their second straight game against the Nationals, even series at 2-2 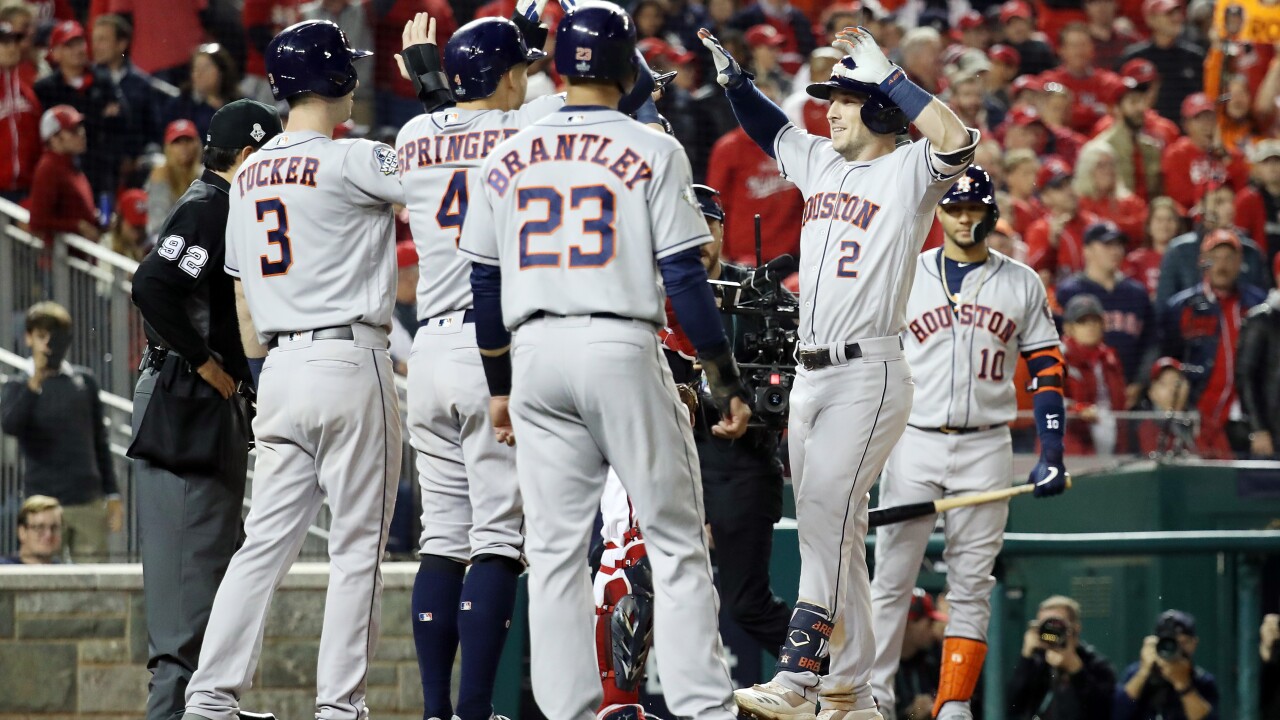 WASHINGTON, DC – OCTOBER 26: Alex Bregman #2 of the Houston Astros is congratulated by his teammates after hitting a grand slam home run against the Washington Nationals during the seventh inning in Game Four of the 2019 World Series at Nationals Park on October 26, 2019 in Washington, DC. (Photo by Rob Carr/Getty Images)

WASHINGTON, DC – After the Washington Nationals shocked the baseball world by taking a 2-0 series lead against the Houston Astros in enemy territory, the the Astros gave the Nationals a taste of their own medicine.

In Saturday night’s Game 4 at Nationals Park, Houston won its second straight game to even the series at 2-2.

WASHINGTON, DC – OCTOBER 26: Dave Martinez #4 of the Washington Nationals looks on against the Houston Astros. (Photo by Rob Carr/Getty Images)

The Astros were quick to take the lead. In the top of the first Alex Bregman singled to center field, scoring Jose Altuve and giving Houston a 1-0 lead. They’d add one more run that inning after Yuli Gurriel singled to score Michael Brantley.

The Nationals didn’t get their first run on the board until the sixth inning. Juan Soto grounded out to first base to score Gerardo Parra and decrease the deficit to three runs.

"Where we were in June, or end of May, and all we gotta do is win two out of three. Obviously it's not gonna be easy, but I'd take that every single time."https://t.co/RpnmCc1FSQ pic.twitter.com/tTagUR8j02

Houston put the nail in Washington’s coffin in the seventh inning when Bregman hit a grand slam, and the Astros went on to win it 8-1.

According to MLB Stats, the Astros are the first team since the 2001 Yankees to lose the first 2 games of the World Series and then win the next two.

Game 5 is Sunday at Nationals Park.