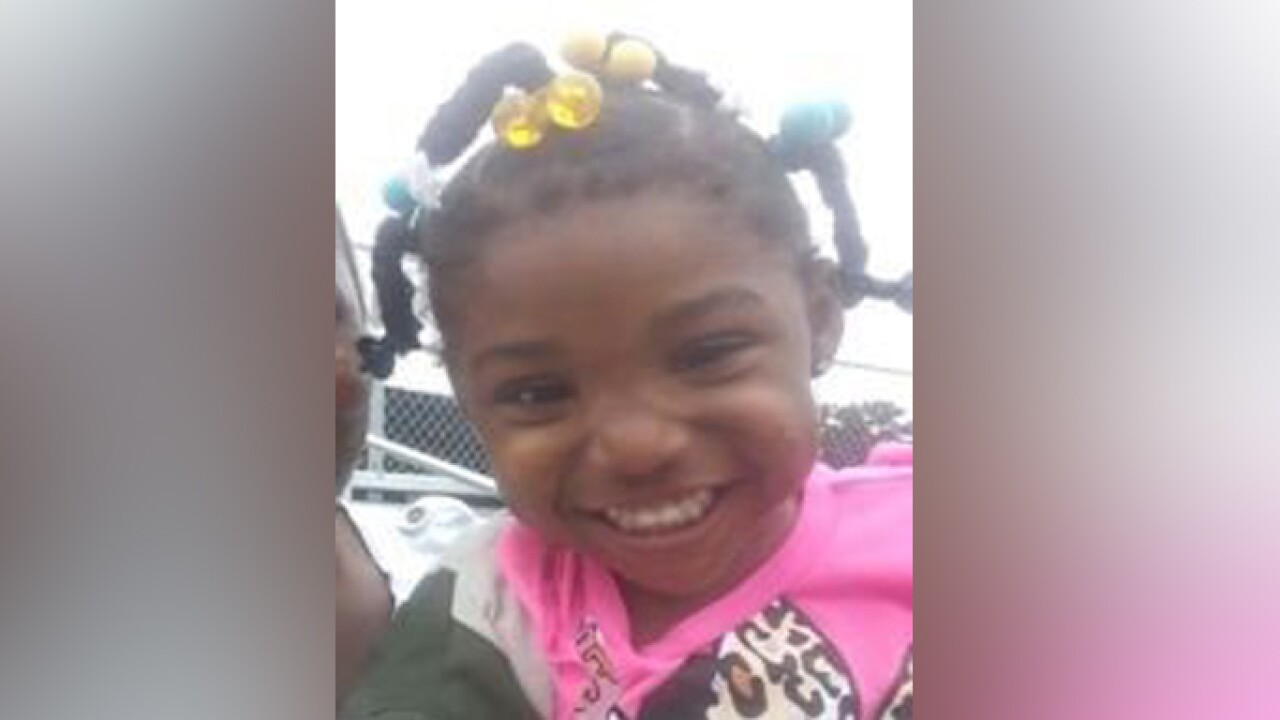 Kamille “Cupcake” McKinney vanished from a birthday party in the Birmingham housing complex where her family lives.

BIRMINGHAM, Ala. (CNN) – Kamille “Cupcake” McKinney died from asphyxiation by suffocation the same day she was kidnapped from a birthday party in Birmingham, Alabama, according to reports from AL.com.

Jefferson County Circuit Judge Clyde Jones read the suspects’ capital murder warrants during a court hearing on Friday that included details of the 3-year-old’s cause of death, AL.com reported.

Kamille was abducted October 12 and her remains were found inside a dumpster in a landfill on Tuesday. Patrick Stallworth, 39, and Derick Brown, 29, were arrested and charged with capital murder of a victim less than 14 years of age.

When asked in court if he had any questions, Stallworth told the judge: “I don’t understand why I was charged with murder of this child,” AL.com reported. The judge told him a lawyer would explain the charges to him.

There is no connection between Brown and Stallworth and Kamille’s family, Birmingham Police Chief Patrick Smith said Tuesday.

A vehicle matching the description of the SUV Kamille was allegedly taken in led to police taking Brown and Stallworth into custody on October 20, authorities said.

Before they were charged with murder, both were held on charges in unrelated cases, police said.

Brown was held on probation revocation with no bond for an unrelated kidnapping, police said.