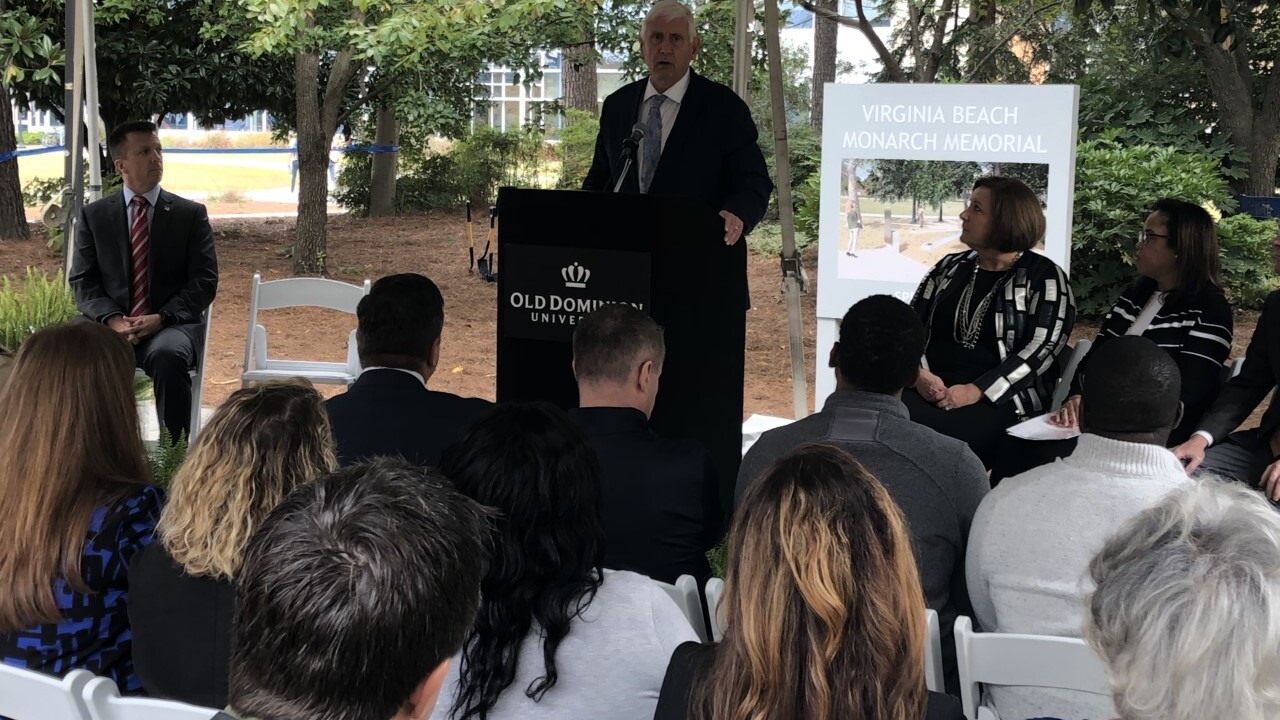 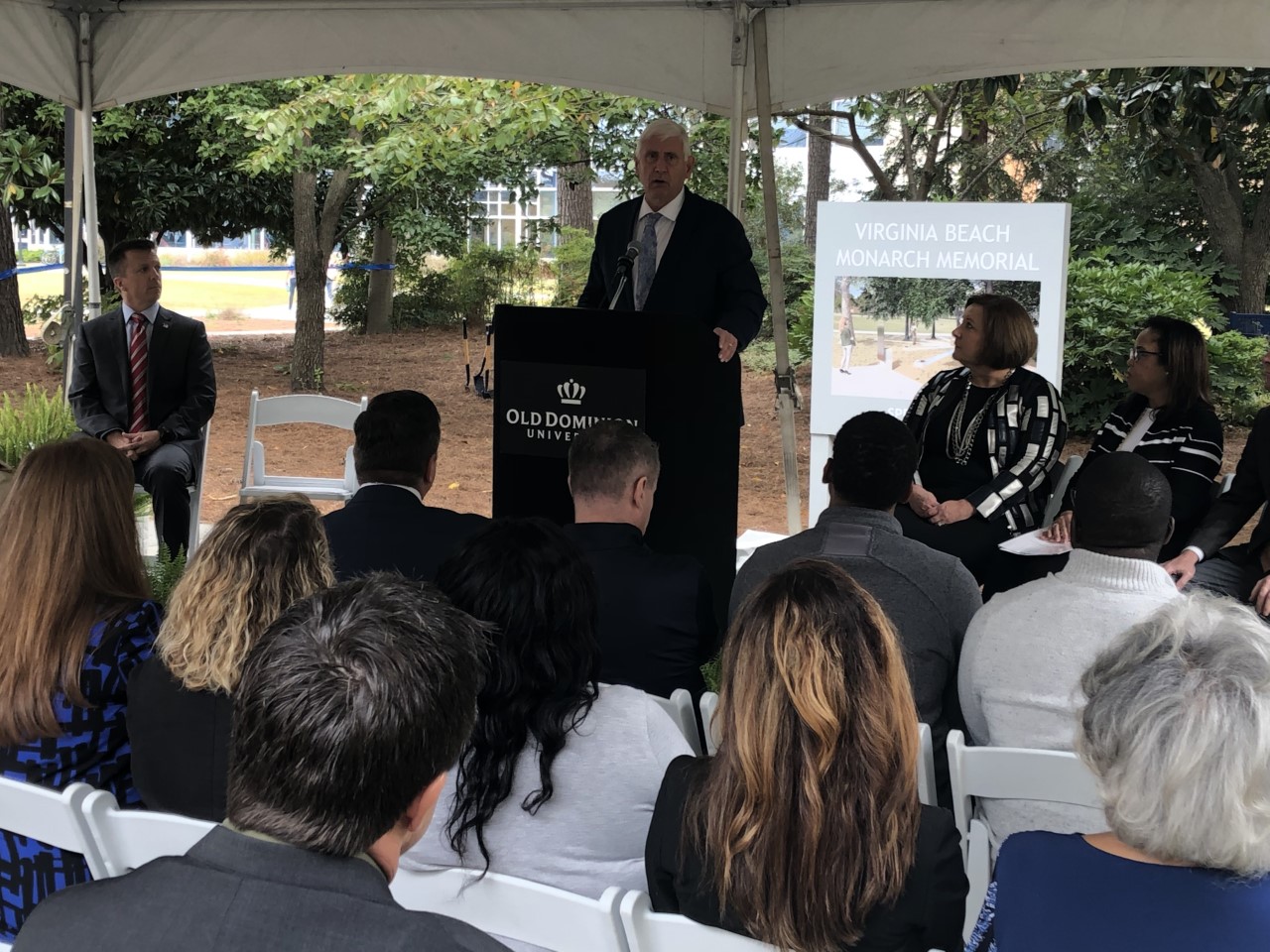 VIRGINIA BEACH, Va. – Homecoming Weekend for Old Dominion University just started on Friday. And while many will flood to the school to celebrate, a group of people in Virginia Beach gathered to honor six Monarchs who will not be coming home.

A ceremony for the soon-to-be Virginia Beach Monarch Memorial honored the graduates of Old Dominion University who died in the May 31 mass shooting in the city.

The ceremony at Bugg Plaza was attended by both city and school officials and highlighted what the memorial will look like once it is finished in the spring of 2020, plus how Tara Welch Gallagher, Alexander Gusev, Richard H. Nettleton, Christopher K. Rapp, Ryan K. Cox and Mary Louise Gayle will be remembered for contributions to their community and school.

Following the shooting in Virginia Beach, university flags, along with Virginia State flags, were flown at half-staff across the school’s campuses.

Less than two weeks after the shooting, in June, ODU announced through its Alumni Association that it would build a memorial to honor the six lost, saying at the time, “The Alumni Association received an outpouring of love and concern for the victims and their families, and we thought it was only fitting to recognize and honor them in a tangible and long-lasting way,” the spokesperson said when asked what inspired the permanent memorial. “The memorial will be a place of reflection and remembrance.”