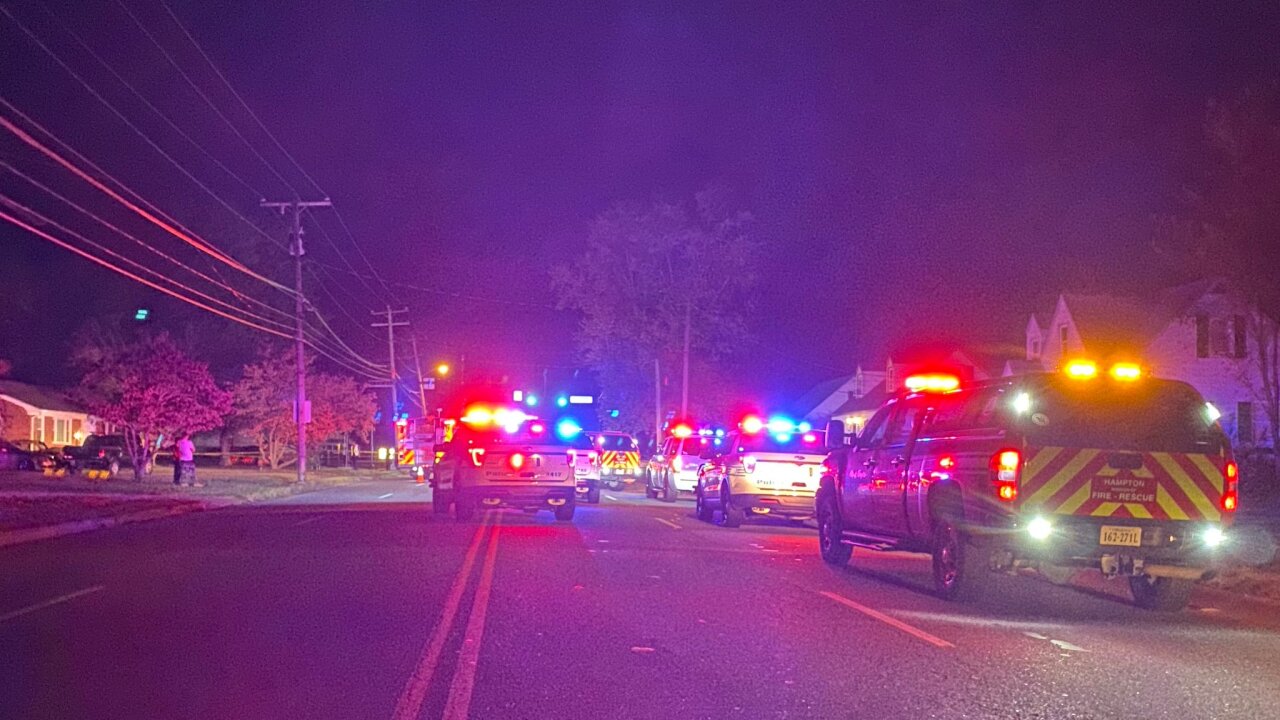 HAMPTON, Va. – A 15-year-old girl was killed and a woman was injured in a hit-and-run in Hampton Friday night.

According to police, the crash happened around 7:07 p.m. at Whealton Road and Todds Lane.

Officers arrived to find the teen lying in the road. Members of the Hampton Division of Fire and Rescue pronounced her dead on scene.

The other victim was taken to a local hospital for treatment for non-life-threatening injuries.

A preliminary investigation revealed that the two were crossing the street when the driver of the vehicle hit them.

Police say the suspect vehicle is described as a white utility-style van that was last seen traveling eastbound on Todds Lane.

The Hampton Police Division’s Crash Reconstruction Team is continuing to investigate the crash.

If you or someone you know has information in this crash that could help police, take action and call the Crime Line at 1-888-LOCK-U-UP (1-888-562-5887) or submit a confidential tip using the P3Tips app.

With this new information, we are looking for your help in identifying the suspects involved in two fatal hit and run accidents. pic.twitter.com/W6nPZTXDap