What are the odds? Twin has twin daughters born on his birthday 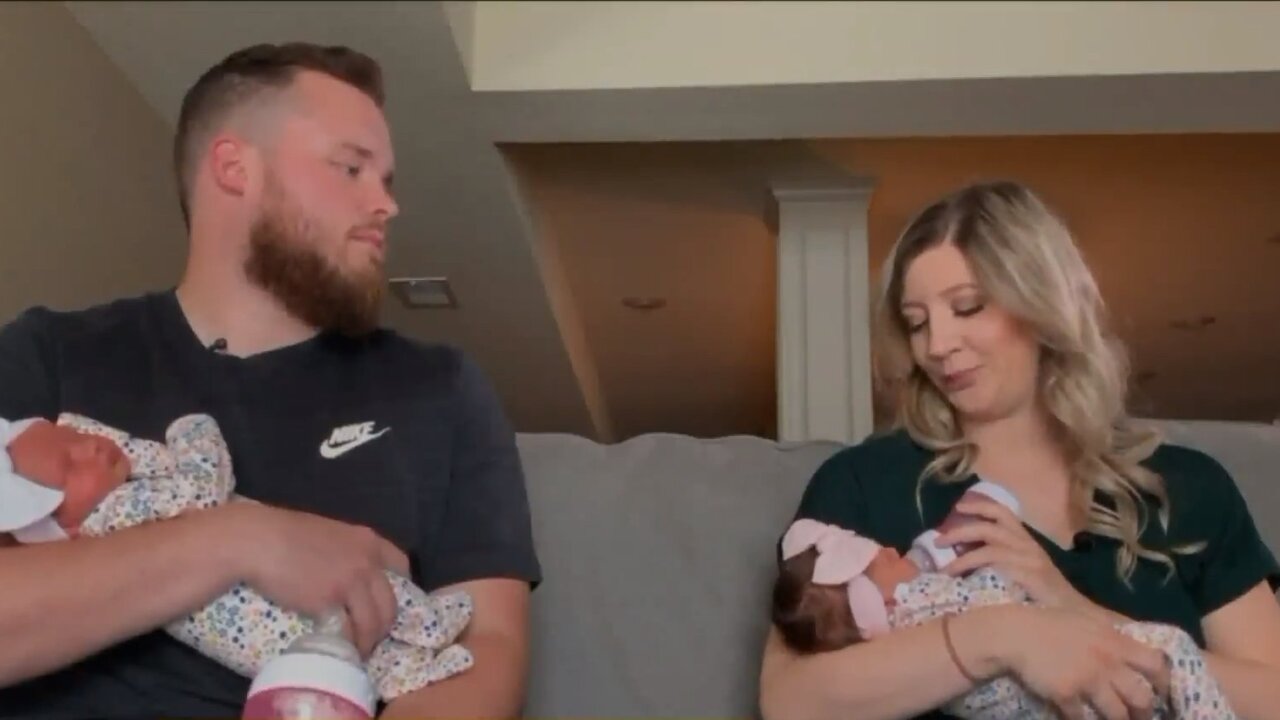 **Embargo: Kansas City, KS-MO** Kody Johnson and his twin sister Kierstin were born Oct. 16, 1993. Kody married his wife Laken, and she got pregnant this year.

A Missouri man is the proud father of twin baby girls. And not only is he also a twin, but his daughters were also born on his birthday.

Kody Johnson and his twin sister Kierstin were born October 16, 1993. Kody married his wife Laken, and she got pregnant this year.

“For some reason as a kid and getting older, I just always wanted twins, but you don’t think that dream is going to come true,” Laken said.

She said she had a feeling she was having twins before an ultrasound confirmed her premonition.

The babies were due in November. The couple planned to go to dinner and a movie last week to celebrate Kody’s birthday after Laken’s doctor’s appointment.

“The doctor came in, and he’s like, ‘I’m 90% sure you are having these babies today,'” Laken said. “So I called him, and I said, ‘Happy birthday, your twins are coming.'”

“I actually think my sister was even more excited. She started crying when I called her on the way to the hospital,” Kody said.

Adalee and Kaelyn Johnson were born October 16, exactly 26 years after their dad and aunt were born.

Now a week old, 7-pound, 2-ounce Kaelyn and 6-pound, 1-ounce Adalee are back home. Aunt Kierstin has already come to town to visit.

“She calls me every day, tries to get me to send pictures nonstop,” Kody said.

And Kody and Kierstin posed for a photo that’s hard to believe — two sets of twins born on the same date. With the chance of twins being about 1 in 250 births, it would appear the odds of a twin having twins on his birthday are approximately 1 in 22,875,000.

Now that their babies are a week old, mom and dad seem to be adjusting to life as parents of twins.

“We’ve got our little system down, or trying to get down, but I haven’t quite figured out how to feed them at the same time yet,” Laken said.

Of course, advice on raising twins is just a phone call away: Kody’s parents.

“They just said it was going to be a lot of work, which we don’t know any different,” said Kody, a first-time parent.

Kody would still like to have a boy, but maybe he could settle for being an uncle to one or two if his sister has kids. But what if they were also born October 16?

“That would be the craziest thing ever, but I guess it could happen. I didn’t think it would happen to me,” he said.

The odds of his sister also having twins on her birthday would be a little more than 1 in 2 trillion.