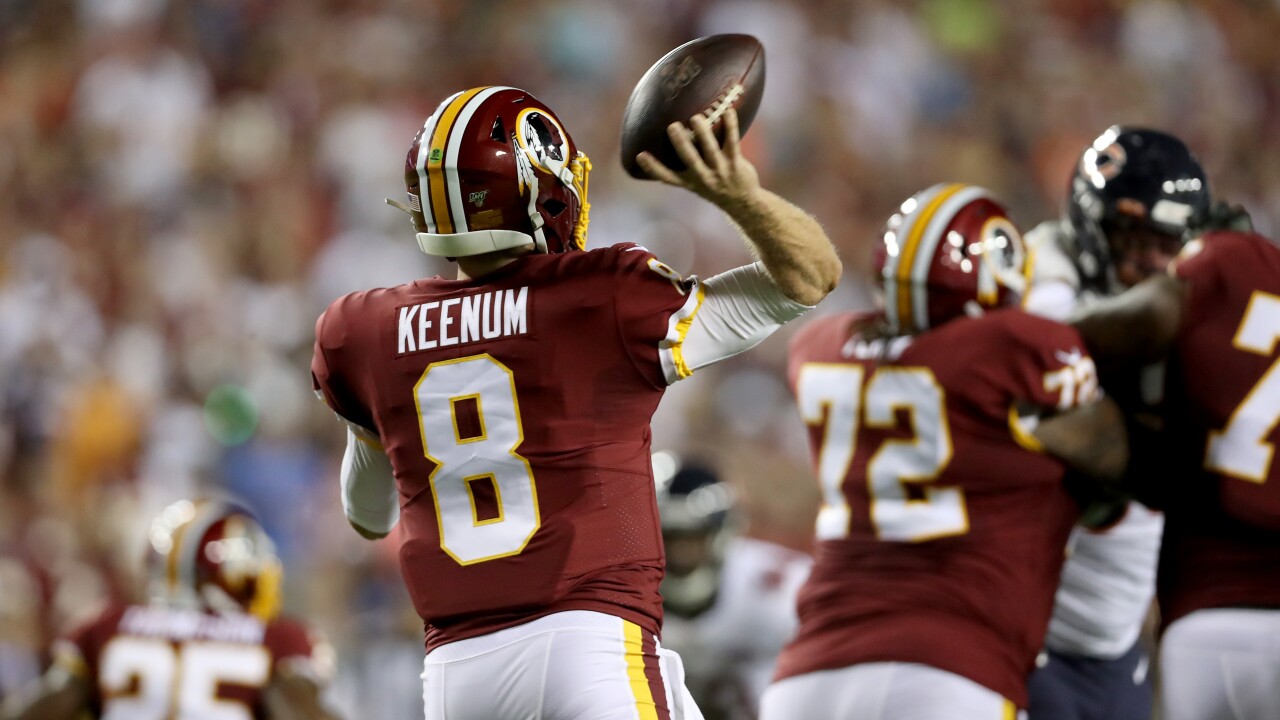 As starting quarterback of the Vikings during the 2017 season, Keenum’s 61-yard touchdown to Stefon Diggs gave Minnesota its first playoff win since the 2009 season. The win against the New Orleans Saints sent the Vikings to the NFC Championship game.

Regardless of a successful 2017 campaign, Minnesota chose to part ways with Keenum.

“It’s a business and I understand how that goes,” Keenum said about not being re-signed by the Vikings. “I love what I do, I love playing football, I love playing quarterback. There’s a lot of positions around the league and to have the opportunity, anywhere, is an honor.”

When Keenum faces Minnesota Thursday night, he won’t be the only quarterback facing his former team.

Kirk Cousins, the quarterback who the Vikings chose over Keenum, was starting quarterback for the Redskins from 2012-17.

“I’m so grateful I was drafted by them,” Cousins said. “When 31 other teams hadn’t picked me, the Redskins picked me.

“Where I am in this league now is largely as a result of the coaches I got to play with there and the way they impacted me. And the teammates I got to play with. In a way, it’s challenging to play your old team because you have so much respect for the people on the other side of the field.”

Cousins and Keenum take the field at 8:20 p.m. Thursday night when the Redskins and Vikings square off at U.S. Bank Stadium.