757 Showdown: From friends to foes, coaches reconnect in Lake Taylor vs. Granby matchup 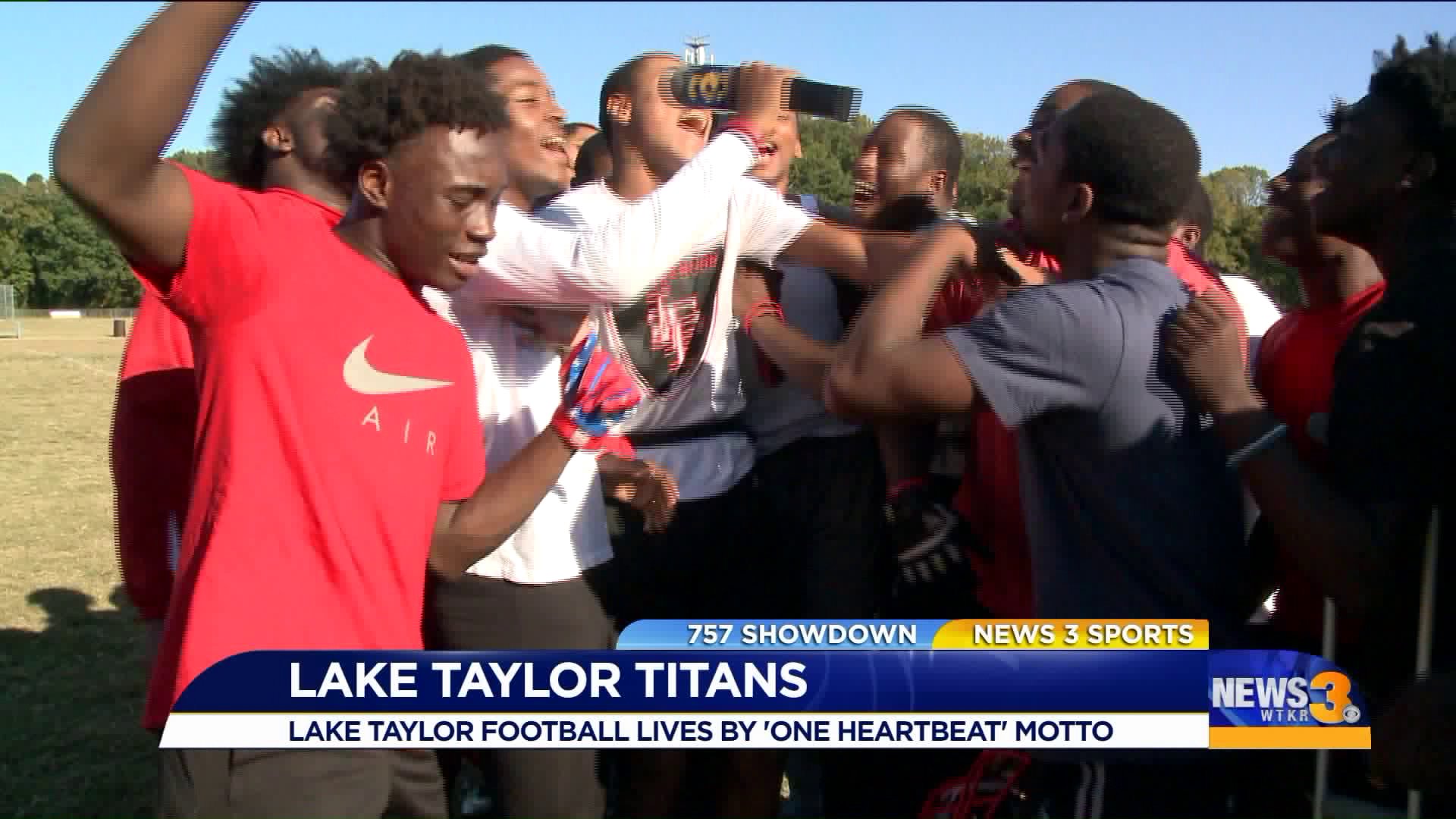 Now, the two face off as opponents when Granby hosts Lake Taylor on Friday night.

"I learned the high school game from Hank and I know whatever he's telling those guys, all games are important," Archie said. "They treat each game like a championship game."

The familiarity between the two coaches means they'll know what kind of strategy to expect from the other come game time.

"[We'll] try to find something just to keep them off balanced because he knows me," Sawyer said. "We built this program together so just maybe try to come up with something new that he doesn't recognize, and I'm pretty sure he does the same with us."

Last season it was Archie who came out on top while he was head coach of I.C. Norcom High School. His team's win handed the Titans their only loss of the regular season.

Lake Taylor looks to avoid an upset this year as they try to take the No. 1 spot in their classification with three weeks left in the regular season.

"We've been up, and we've been down and we've been back up," Sawyer said. "They've already proven they're relentless. They wont quite no matter what. We were down against a good Norcom team a couple of weeks ago, 40-14, we came back and won the game in overtime, 57-56, so they just showed they won't give up."

Friday night's matchup at Powhatan Field kicks off at 7 p.m.