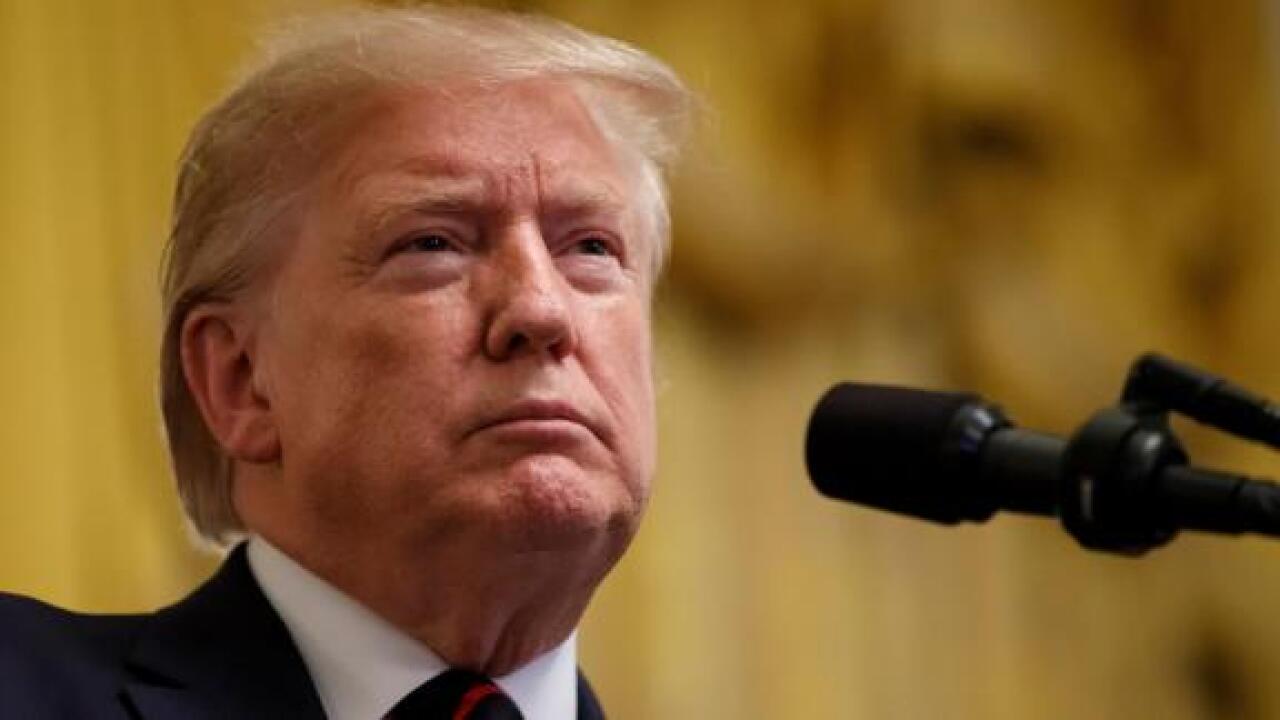 WASHINGTON – President Donald Trump is addressing the nation on Syria, Wednesday. The statement by Trump follows an agreement between Turkey and Russia, which will send more Russian troops to the Middle East.

Trump earlier in October had the U.S. withdraw its forces from Syria, causing Turkey to send troops into Syria, which led to a fight between Turkish forces and the Kurds.

The Kurdish forces, who have been backed by the U.S., have helped fight ISIS, but have also been in a long-term and violent struggle with Turkey, especially under newer leadership in the country.

What did Putin and Erdogan agree to?

Russia and Turkey announced a wide-ranging agreement that addresses a major Turkish concern — the presence of Kurdish YPG forces near their border. But it also acknowledges a major fear of the Kurds — that Turkish-backed Syrian rebel groups might unleash a campaign of ethnic cleansing against them and other minority groups.

Under the deal, Russian military police and Syrian border guards will enter the Syrian side of the Syrian-Turkish border from noon Wednesday. Over the next 150 hours, they are to remove the YPG and their weapons, back to 30 km (about 18 miles) from the border. From 6 p.m. local time next Tuesday, the Russian military police and Turkish military will begin patrols along that line.

There are some exceptions: the town of Qamishli will not be included in that 10 km zone, and it was not clear if the agreement applies the entire length of the Turkey-Syrian border, or just the areas where the Syrian Kurds exercised control.

The deal also acknowledges some facts on the ground: Turkey will keep control of the areas it has taken in their recent incursion into northern Syria.

What does it mean for the Kurds?

The deal also implies that the Kurds have a new guarantor. After President Donald Trump effectively abandoned the Kurds, by ordering the sudden withdrawal of US forces from Syria and leaving the YPG exposed to a Turkish advance, that role now falls to the Russians.

Now Moscow will have to deploy more troops and equipment to Syria as part of an expanded mission. But the question remains open: With so few Russian forces on the ground, Syrian Kurds may have little alternative but to allow Syria’s Russian-backed military into Kurdish-held areas.

Who wins and loses in this arrangement?

Putin and Erdogan have emerged as the main geopolitical power brokers in the region.

But Putin and Erdogan seemed to favor an outcome that does not involve redrawing international borders — and that discourages separatist movements, something both countries have faced.

Putin said Russia and Turkey had agreed to uphold “sovereignty and territorial integrity” of Syria, something he can advertise as a foreign-policy success.

In another plus for Putin, Moscow has now ensured that Ankara has to negotiate directly with the regime in Damascus.

Russia’s air power turned the tide of the war in favor of Assad. But Ankara sought an outcome that would remove what it sees as a major national security threat: the Kurdistan Workers’ Party, a Kurdish separatist group linked to the YPG that is considered a terrorist organization by Turkey and US.

The Syrian Kurds have an incredible amount at stake, and much remains to be seen how the joint Turkish-Russian agreement will play out in practice. Also unaddressed in the agreement is how Turkey and its proxies will treat any Kurdish armed formations left inside the new buffer zone. And any atrocities directed against Kurdish civilians will, in effect, be Moscow’s failure.

Where does this leave the US?

The biggest geopolitical loser in this deal is Washington. The rapid exit of US forces that left the Kurds exposed was a gift to Putin: Russian journalists roaming newly abandoned US military bases played the moment for all it was worth, casting it a hasty helicopters-on-the-roof moment for American power.

Tuesday’s deal added to the humiliation. It was Sergei Shoigu, the Russian defense minister, who effectively declared that it was time for the Americans to leave Syria.

Shoigu said that US had less than two hours to comply with a ceasefire agreement reached last week between Erdogan and Vice President Mike Pence, a deal that expires at 10 p.m. Moscow time Tuesday. As part of that deal, Pence said the US would withdraw the sanctions that were placed on Turkey last week once a permanent ceasefire is achieved.

The Americans, Shoigu suggested on Tuesday evening, had “one hour and 31 minutes left” to get out of Syria.

This is a developing story with more information to come.