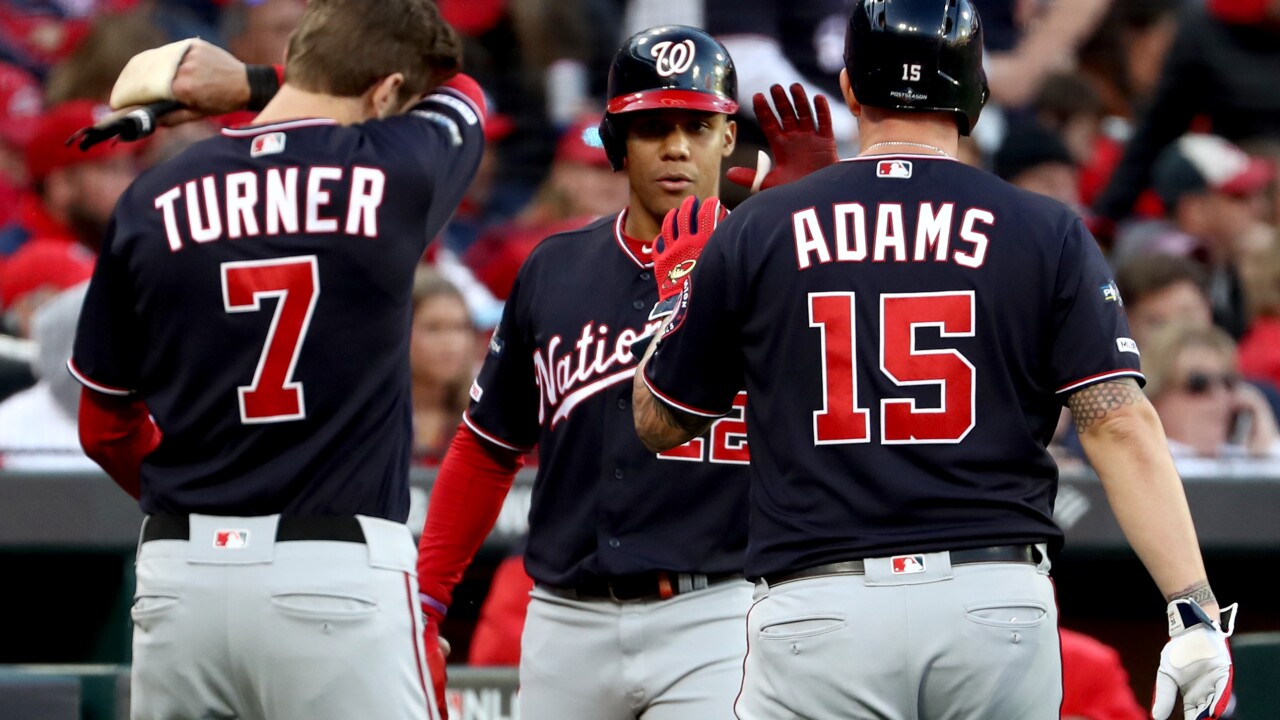 ST LOUIS, MISSOURI – OCTOBER 12: Juan Soto #22 of the Washington Nationals celebrates with Trea Turner #7 and Matt Adams #15 after they scored on a double by Adam Eaton #2 during the eighth inning of game two of the National League Championship Series against the St. Louis Cardinals at Busch Stadium on October 12, 2019 in St Louis, Missouri. (Photo by Jamie Squire/Getty Images)

Taco Bell’s “Steal A Base, Steal A Taco” promotion returned for a seventh straight World Series this year, and according to CBS Sports, this time, it was an extremely quick cash-in — it took just three pitches for Turner to swipe second base.

The thievery means that the chain will be giving away Doritos Locos Tacos October 30 from 2 p.m. to 6 p.m.

.@TreaVTurner stole a base in the World Series™, which means you get to steal a free Doritos® Locos Tacos. Assemble at participating Taco Bells on October 30 from 2-6 PM, or order online or on the app all day to claim yours.

There is a limit of one free Doritos Locos Tacos per person or registered account.