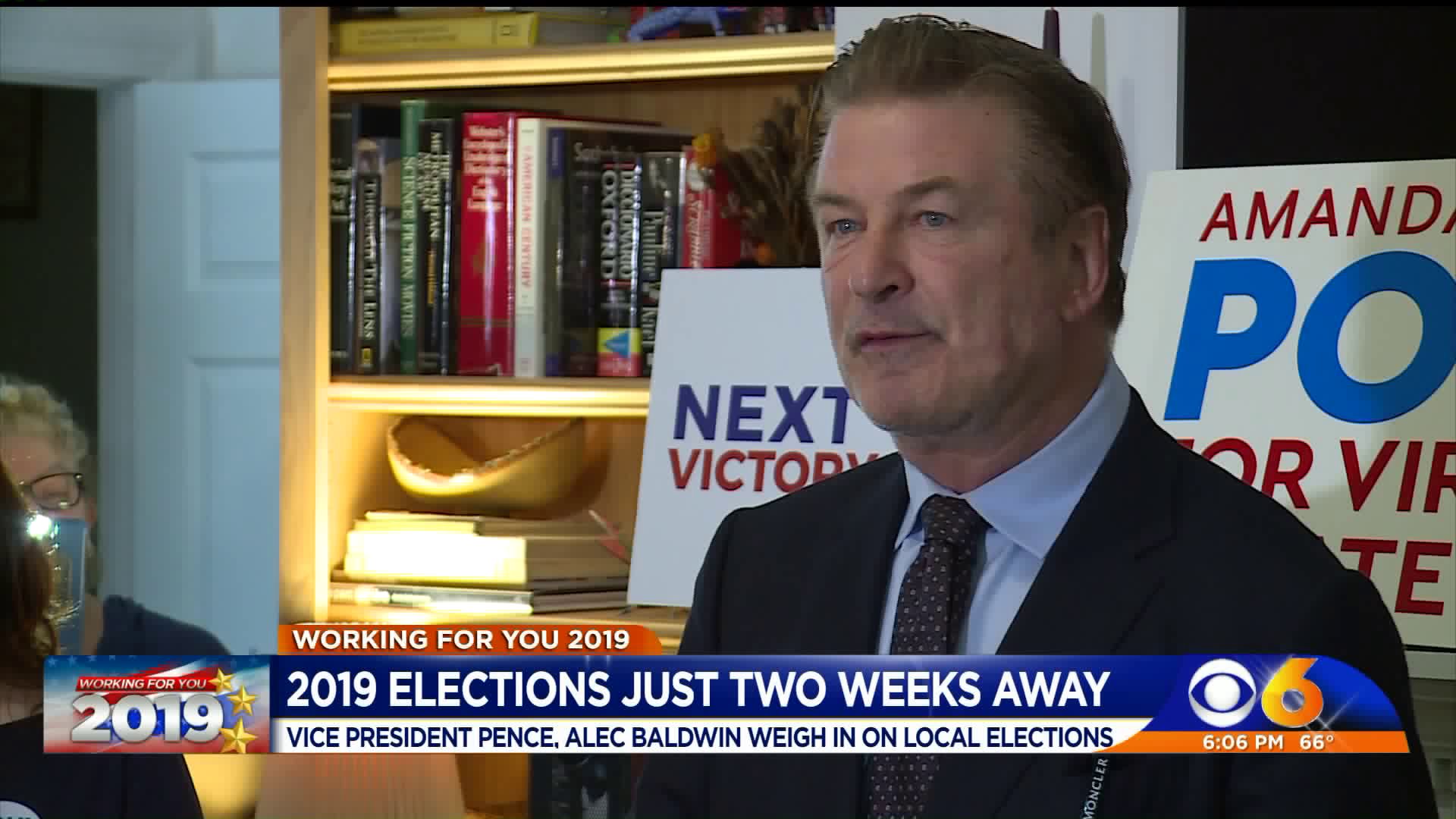 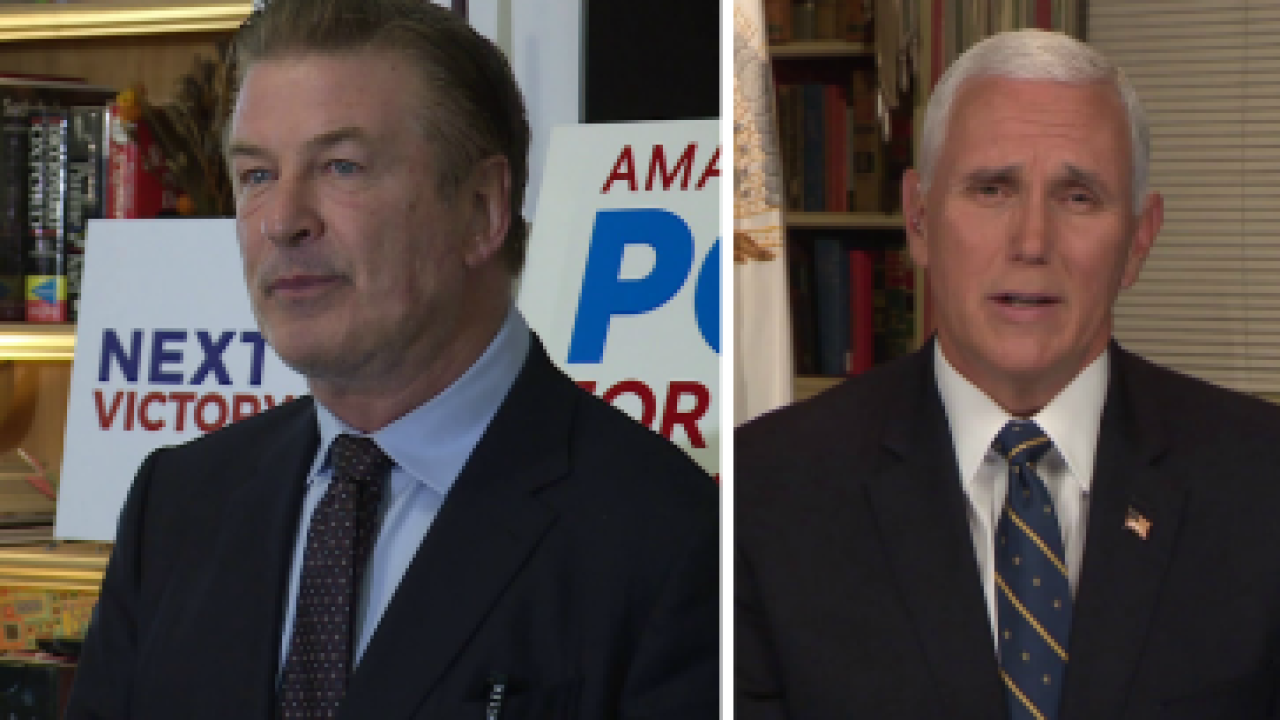 RICHMOND, Va. -- Two weeks from election day in Virginia and with the balance of power at the General Assembly up for grabs, two well known public figures are weighing in on Virginia legislative races even though neither man will cast a ballot in the Commonwealth, according to CBS 6.

One man works at the White House and the other in Hollywood.

Baldwin a board member of a progressive voter advocacy group that works to elect candidates across the country. Baldwin praised Pohl in the living room of a Midlothian home in front of dozens of voters trying to take a photo with their phones, and then canvassed the neighborhood with Pohl, greeting a few homeowners.

"This opportunity to flip the 38th state for the equal rights amendment is so important," Baldwin told the crowd, referencing the ratification of the Equal Rights Amendment and Virginia's potential role if Democrats control the state legislature.

Baldwin said he chose to visit Virginia because of what it could mean if Democrats seize control of the statehouse in Richmond.

"We think this is a real opportunity here to flip the state. If they take two seats in both the House and the Senate, then they're in control," Baldwin said when asked why he chose to visit Central Virginia.

Tuesday morning, CBS 6 was granted an interview with Vice President Mike Pence on a host of topics. We asked Pence to weigh on Virginia's legislative races since he reportedly fundraised for state Republicans in Northern Virginia earlier this year.

Some Virginia political experts theorize that backlash to the Trump administration led to major gains by Democrats in the House of Delegates in 2017, a "blue wave" election in which Democrats nearly eliminated Republican control of the chamber.

Given that context, we asked the Vice President if he plans on traveling to Virginia prior to election day.

"I will be in Virginia before election day this fall, and I'll be proud to be campaigning with state legislative candidates as I have already in the past," Pence said.  "The President and I are proud to stand with this team."

Whether or not visits by big name celebrities even moves the meter for voters in "off-off" year elections like 2019 is unclear.  The party that better turns out their voters in an election cycle with no national or statewide races will likely determine who controls the General Assembly next year.

You can learn more about the candidates running in your area by accessing the CBS 6 voter guide for the 2019 Virginia elections.