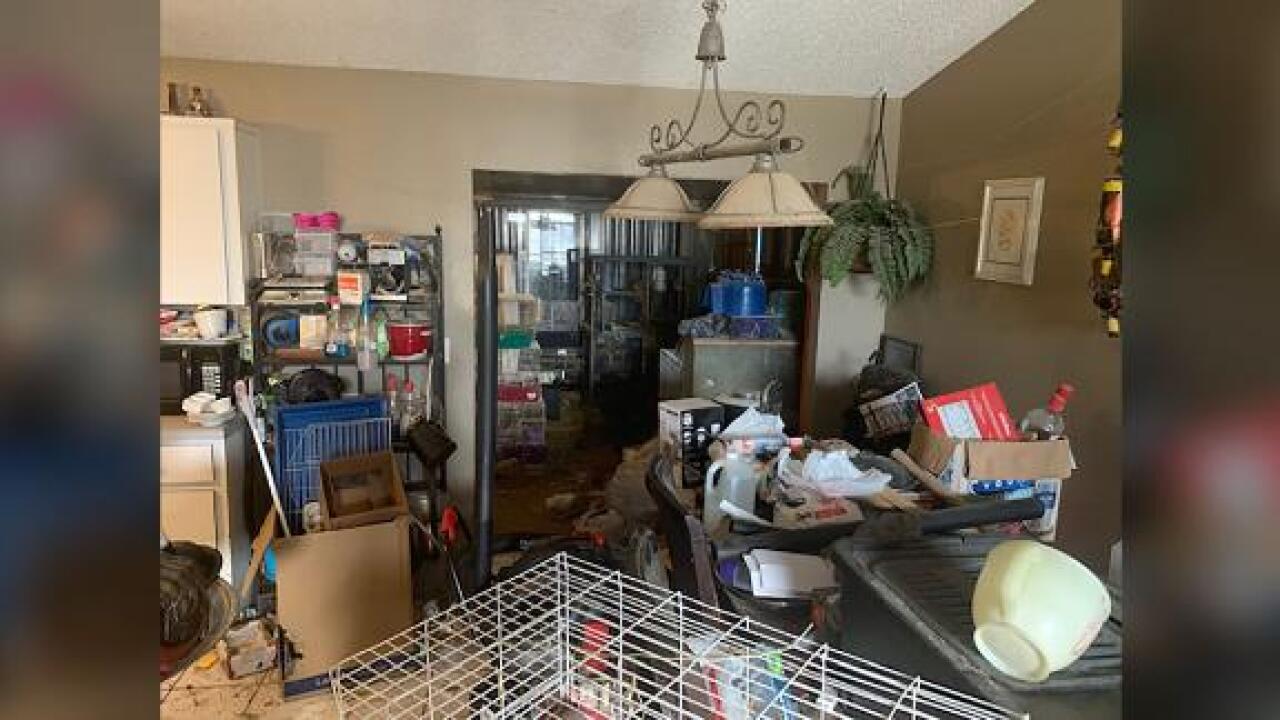 Three young girls — all under the age of 10 — were found living in a house with 245 animals, police said. Among them were four dogs, 10 sugar gliders, a hedgehog, 14 birds and 60 adult rats with 23 babies.

You couldn’t walk anywhere without stepping on debris, animal urine or feces, wrote Officer Anthony Binz of the Edgewater Police Department in Florida in his affidavit.

There were flies everywhere, and the children’s bedroom was covered in ankle-deep trash, he wrote.

They lived in the residence with their parents and their father’s girlfriend, police said.

The father, Gregg Nelson, called a wellness check on the home on Sunday, after he decided to end his relationship with both his wife, Susan Nelson, and girlfriend, Melissa Hamilton, according to the police affidavit. He wanted to take the children with him, but their mother wouldn’t let him, he told police.

He “believed the residence was uninhabitable for the children,” according to the affidavit.

Some of the animals were caged, while others roamed freely, Binz wrote. Some of the caged animals were lying in their own feces and urine, and all of them appeared to be infested with fleas, while a few were found to have mange.

Some were simply dead.

“In my five years of experience as a law enforcement officer this is the absolute worst residence I have been to regarding the overwhelming odor of ammonia, animal hoarding, and just the everyday living conditions in which these three juveniles have had to endure while residing at this residence,” Binz wrote.

Police did not say how long the children had been living in the residence, but they have since been placed with a responsible family member, police said.

Meanwhile, the Edgewater Police Department and Edgewater Animal Control removed the animals from the property and took them to the animal shelter.

All three adults were charged with multiple counts of child abuse and animal cruelty.

The Florida Public Defender’s office said it’s representing Gregg and Susan Nelson. Asked for a comment, the spokesman for the office declined.

No attorney was listed for Melissa Hamilton. CNN’s attempts to reach her were unsuccessful.