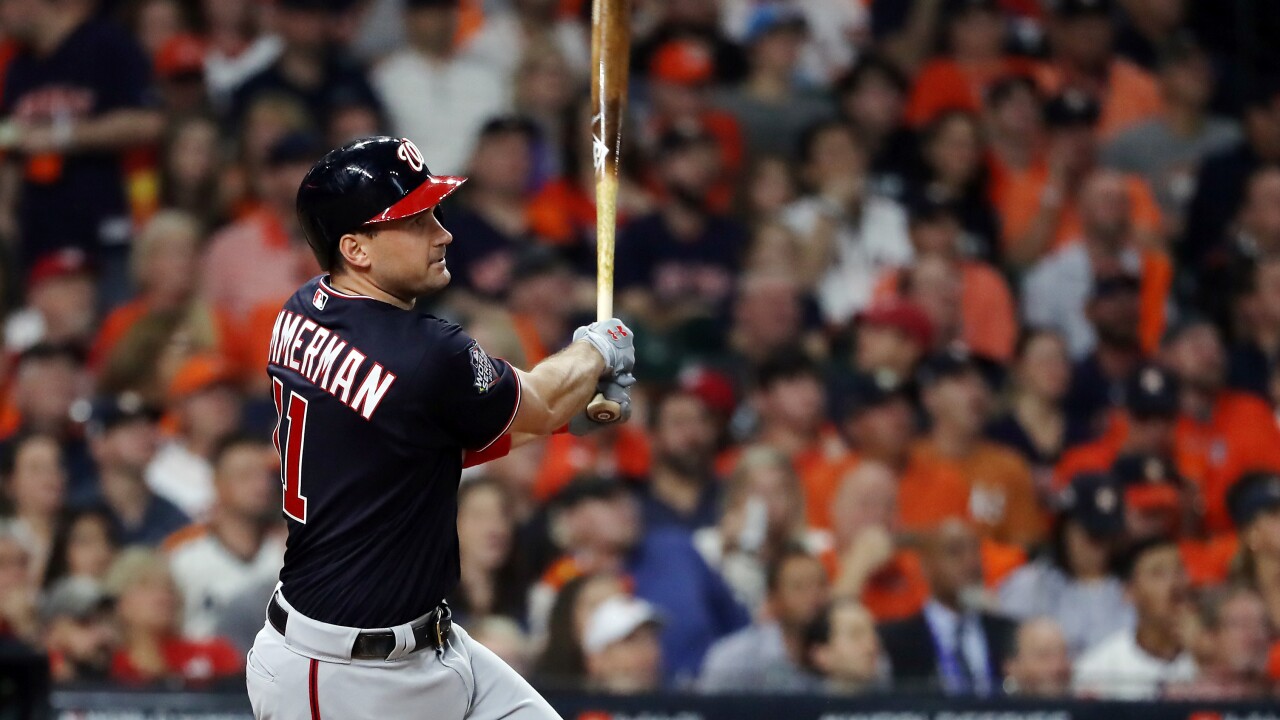 HOUSTON, Texas – He waited 15 years for the opportunity – and he didn’t miss it. Not only did Ryan Zimmerman not miss it – he hit it high, hard and far.

The Nationals’ first draft pick has played 15 seasons in the majors. This is his first World Series appearance.

The solo blast pulled the Washington Nationals to within one run, trailing the Astros 2-1 in the second inning after Houston scored a pair of runs off Max Scherzer in the bottom of the first inning. The Nats defeated Houston in come-from-behind fashion 5-4 to take a 1-0 lead in the best of seven series. Game 2 is Wednesday night in Houston.

Alas Schulte would "give up" the series-deciding homer a few innings later… by falling over the fence. pic.twitter.com/5071pCLobt

Ryan Zimmerman is the first player to be the first draft pick in club history and hit their first ever #WorldSeries HR. pic.twitter.com/qiTjSnsJqS