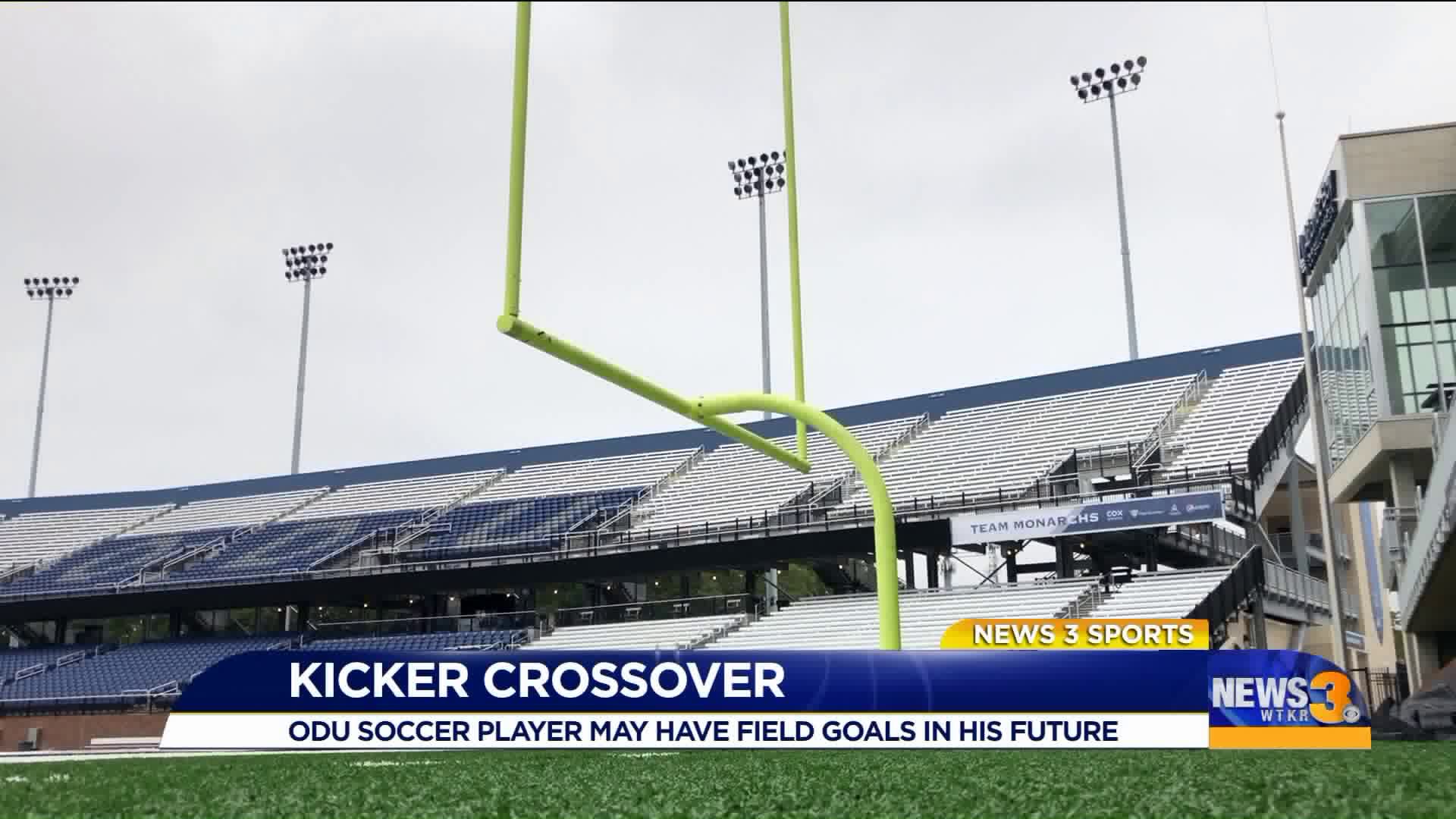 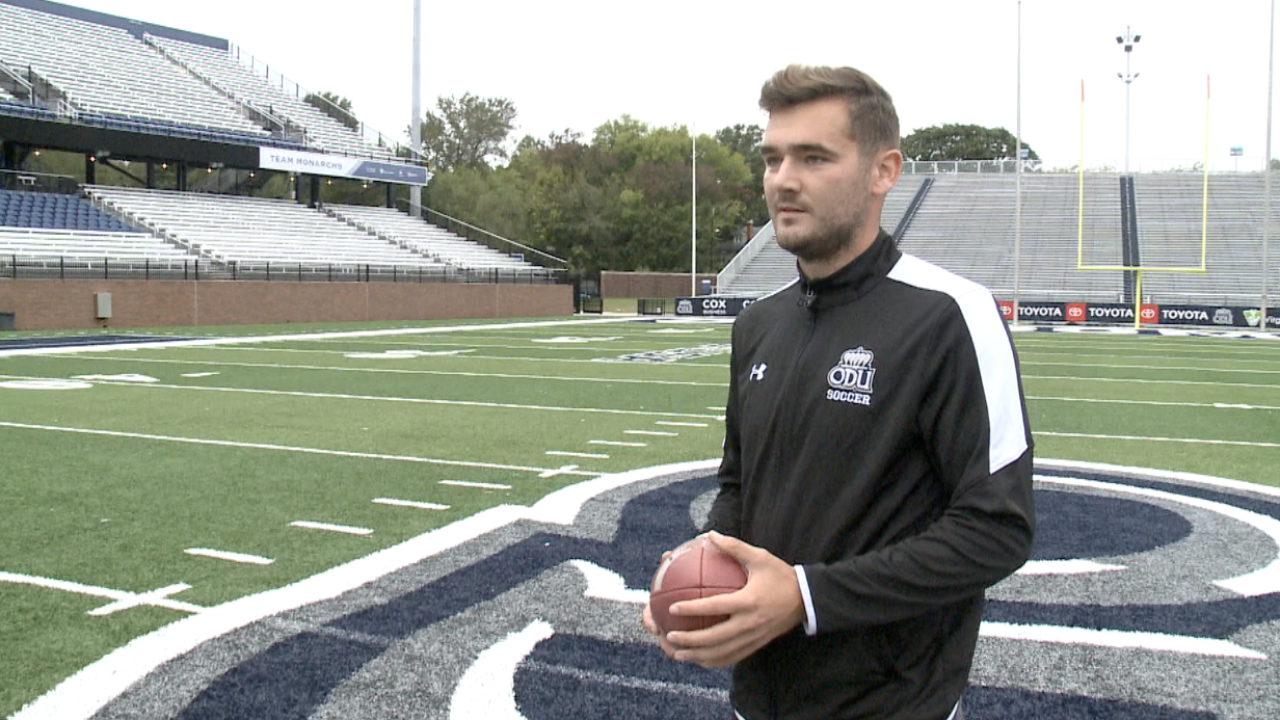 Sure, he's into soccer kicks - but he's also into shoes. The German is an abstract artist and shoe designer. And a few days ago, he and his feet crossed-over into something different: American football.

"It`s completely new to me," Wüstenberg admitted. "I always thought it`s kind of weird to play with an egg. For me, a football looks like an egg."

Tom, a soccer player since age two, says a football resembles an egg. But after booting a soccer ball long and straight, he couldn't 'egg-nore' the temptation to try field goal kicking.

In this Twitter video, one viewed more than 6,000 times, Wüstenberg hits a 60-yard field goal on what he says is the first attempt of his life. The following day, Tom performs a trick kick that has gone viral - nearly 60,000 views in one week.

But, Wüstenberg would never perform a trick in a football game. However, he just might have the chance to kick a field goal.

So we take Tom into ODU's S.B. Ballard stadium to see how legitimate his big leg is.

While far from perfect, he does go far - making field goals, albeit without a snap or a rush, from distances of 45 yards, 50, 55 and 60 yards. For perspective: Conference USA, the league in which ODU football plays, has only seen two field goals made from longer than 60 yards in its 25-year history. Not too shabby for someone who had not kicked a football prior to this month.

"If someone just tells me what I have to be aware of and how to really do the steps," Tom said of the coaching he's yet to seek out. "I just saw people do the steps - that's all I did."

With some coaching and commitment, Tom Wüstenberg might have a future in field goals if he's willing to switch sports. You know - just for kicks.