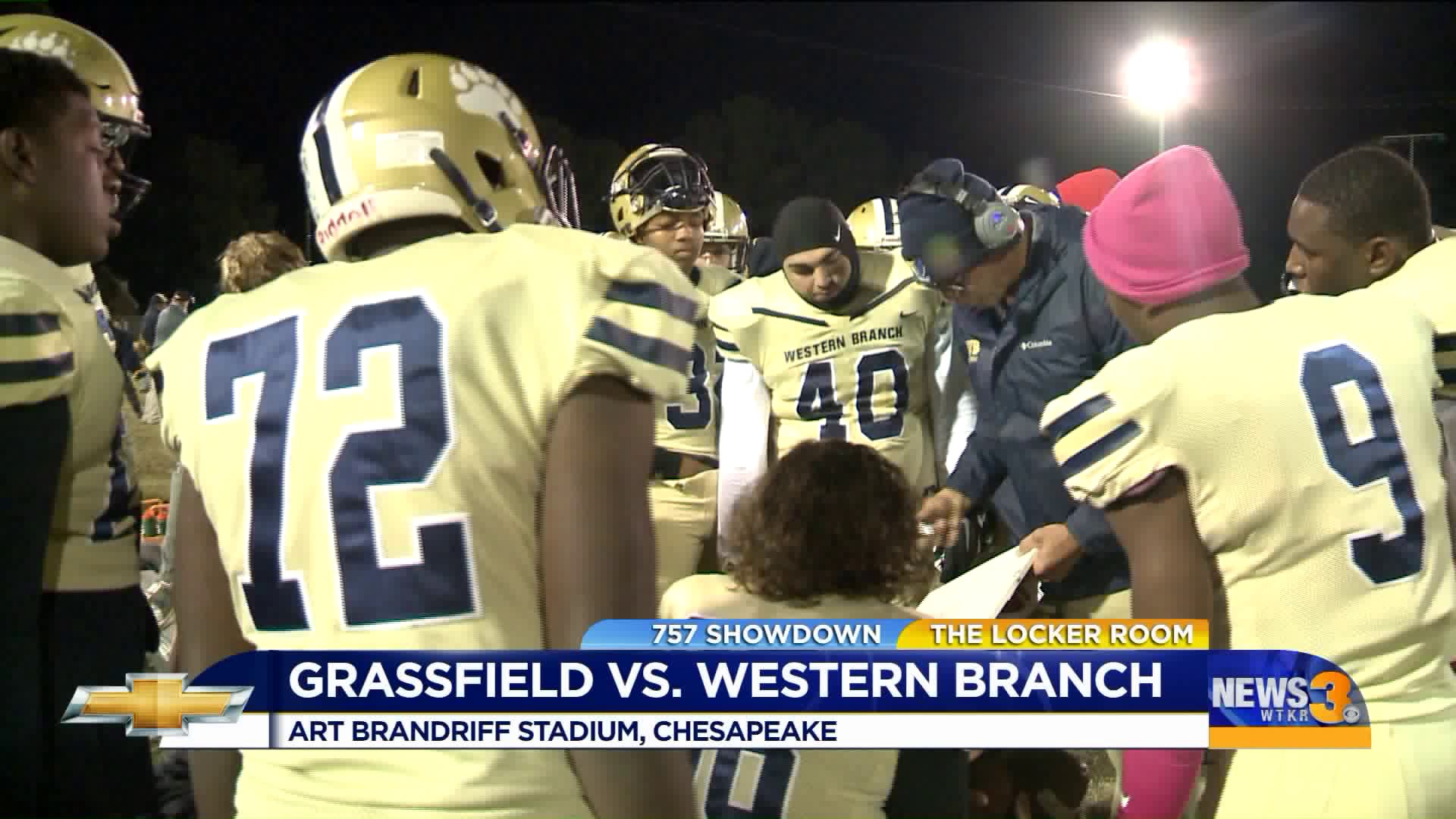 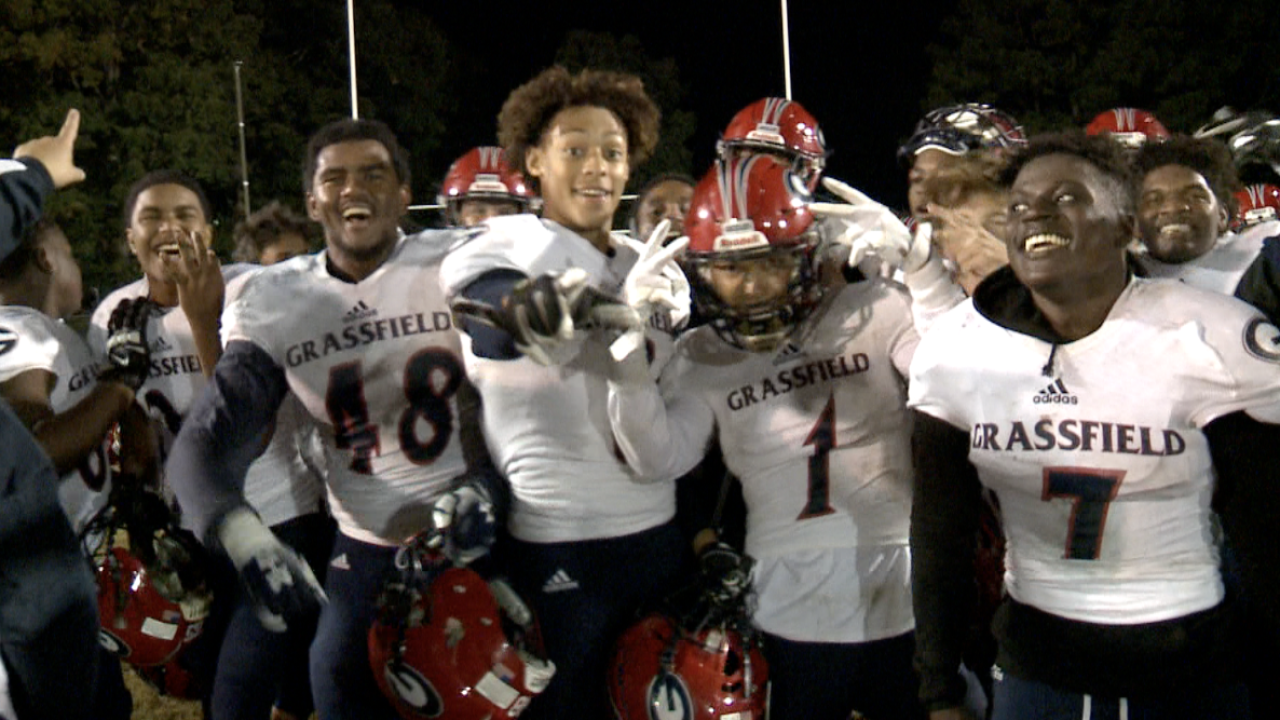 CHESAPEAKE, Va. - With only four games remaining in the regular season, Friday night's football matchup between Grassfield High School and Western Branch High School was a must-win for each of the teams as they hoped to keep their postseason hopes alive.

It was the Bruins' homecoming night, but the Grizzlies quickly tried to put a damper on the festivities by taking a 13-0 lead in the first quarter.

Western Branch responded with a minute left in the quarter. Quarterback Joseph Frole handed it off Robert Cofield, who's rushing touchdown gave the Bruins their first seven points of the game.

Western Branch followed up its first touchdown with a rushing touchdown by Anthony Warren, and another by Cofield, to take the lead with three minutes remaining in the third quarter.

The Grizzlies answered back with a rushing touchdown by Steven Millan in the final 15 seconds of the second quarter to tie the game at 20 heading into the half.

Coming out of the locker room, it was all Grassfield the remainder of the game. The Grizzlies scored two touchdowns in the second half to take the lead and win it 33-20.

Next up for the Grizzlies is an away matchup at Great Bridge next Friday, while the Bruins host Indian River.