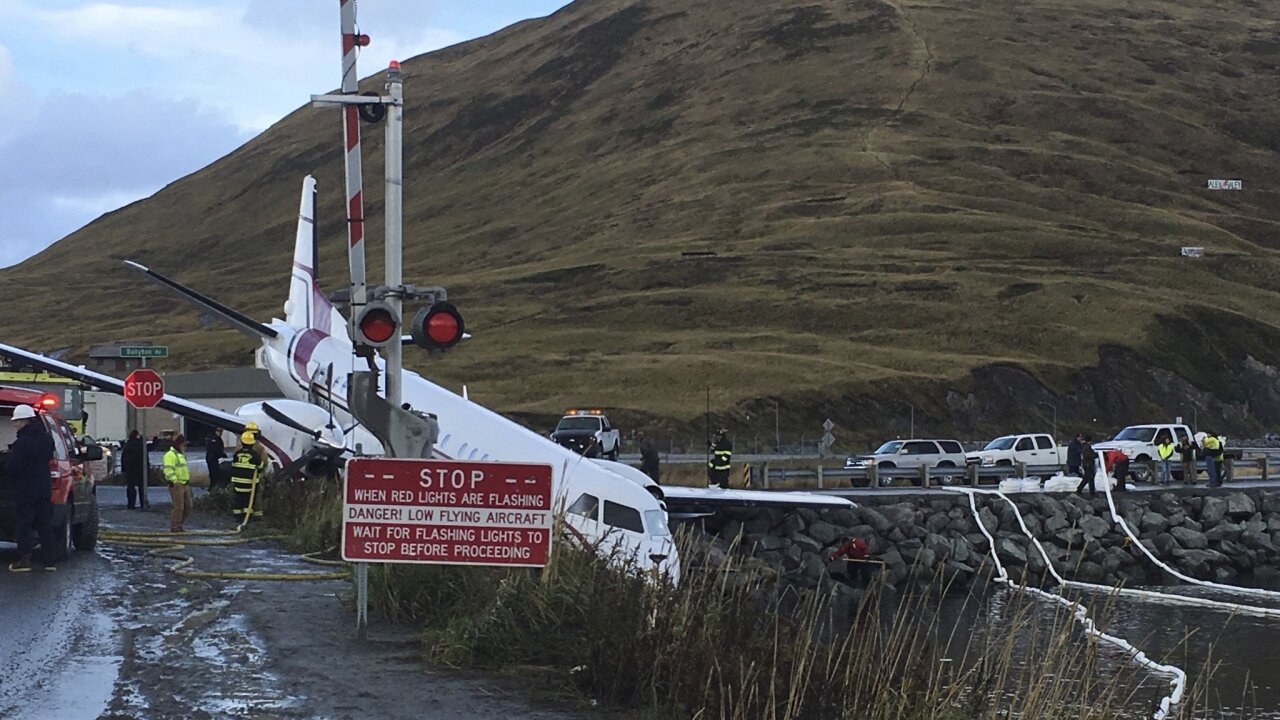 A commuter airplane crashed near the airport in a small Alaska community on the Bering Sea in Unalaska, Alaska.

One person has died after a plane carrying 42 people, including a high school swim team, went off an airport runway while trying to land Thursday in Alaska.

The deceased passenger has been identified as 38-year-old David Allan Oltman of Washington state, according to a spokesman for the Alaska State Troopers.

PenAir Flight 3296 from Anchorage to Dutch Harbor landed at Unalaska-Dutch Harbor Airport but went off the runway as it tried to stop, according to Alaska Airlines, which marketed the flight.

The aircraft ended up tilted down an embankment to a body of water, a photo shows.

Three crew members and 39 passengers were on board, a statement from Ravn Air Group, which owns PenAir, said. Two passengers, including Oltman, were critically injured, Ravn Air Group said in a later statement. Ten other people were receiving medical care.

“On behalf of PenAir, Ravn Air Group and all our employees throughout the company, we would like to extend our deepest sympathies and condolences to the family and loved ones of our passenger who passed away,” Dave Pflieger, the president of Ravn Air Group, said in a statement.

The incident happened during a 5:40 p.m. (10:40 p.m. ET) landing, PenAir said. The Saab 2000 aircraft went off the runway in the small Alaska community near the Bering Sea, more than 800 miles west of Anchorage.

Weather conditions at the time included light rain, a drop in visibility and sustained winds of 24 mph, with gusts at 31 mph, CNN meteorologist Haley Brink said.

The National Transportation Safety Board is sending a team to investigate the incident, the agency tweeted Friday. PenAir is cooperating with the NTSB, it said. The Alaska Department of Transportation and Public Facilities said it was notified about the incident shortly afterward.

The superintendent of the school in Cordova, Alaska, where the swim team is from, told CNN that “all students and chaperones are accounted for and are OK.