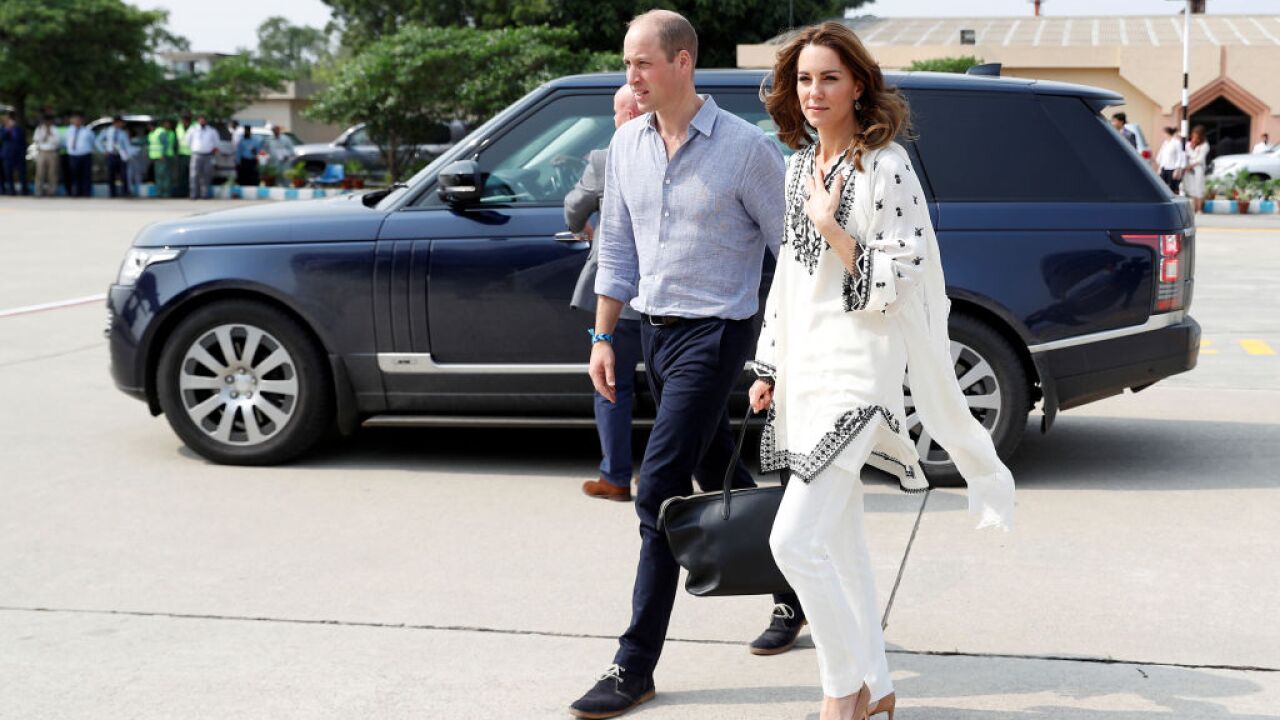 A British Royal Air Force plane carrying the Duke and Duchess of Cambridge was forced to abandon landing twice in Pakistan due to bad weather on Thursday.

The royal couple — and around 40 members of the traveling media — were returning to Islamabad on the converted RAF Voyager after a day of engagements in Lahore when they found themselves caught up in a severe thunderstorm.

Prince William and his wife Kate are on a five-day official visit to the country.

The journey — which should have been around 26 minutes — initially seemed fairly routine but as it got closer to Islamabad, lightning was visible on both sides of the plane. With poor weather in the area, the captain announced that the aircraft would circle while waiting for a gap in the weather system, according to CNN journalists on the flight.

When an approach was finally made around an hour later, severe turbulence shook the aircraft and the plane aborted its attempt to land. The pilot later tried to make a second descent at a different airport but again the turbulence was too much and the decision was made to return to Lahore.

The Airbus A330 ended up being in the air for nearly two hours. The aircraft was converted by the British Royal Air Force to provide VIP transport for government officials and the royal family.

Despite the rocky end to the day, the duke — a former air ambulance pilot — was in good spirits and went to the back of the plane to see journalists after landing. While there, he joked that that he had been flying the aircraft.

William added that he and Kate were “fine.”

The flight diversion forced the scrambling of a huge security operation to enable the royal couple to stay overnight safely. They had been due to overnight in Islamabad every day of the trip. Traveling media were asked not to disclose their location on social media or report that they were staying the night in Lahore.

The unscheduled stop also caused changes to Friday’s itinerary, with officials working late to ensure William and Kate could still undertake some official engagements with the usual security and logistics in place.

On Friday, the royals flew back to Islamabad and were due to visit an military canine training center as part of their final day of engagements before departing to the UK in the afternoon.