Lady Gaga plummets backward off stage while dancing with a fan 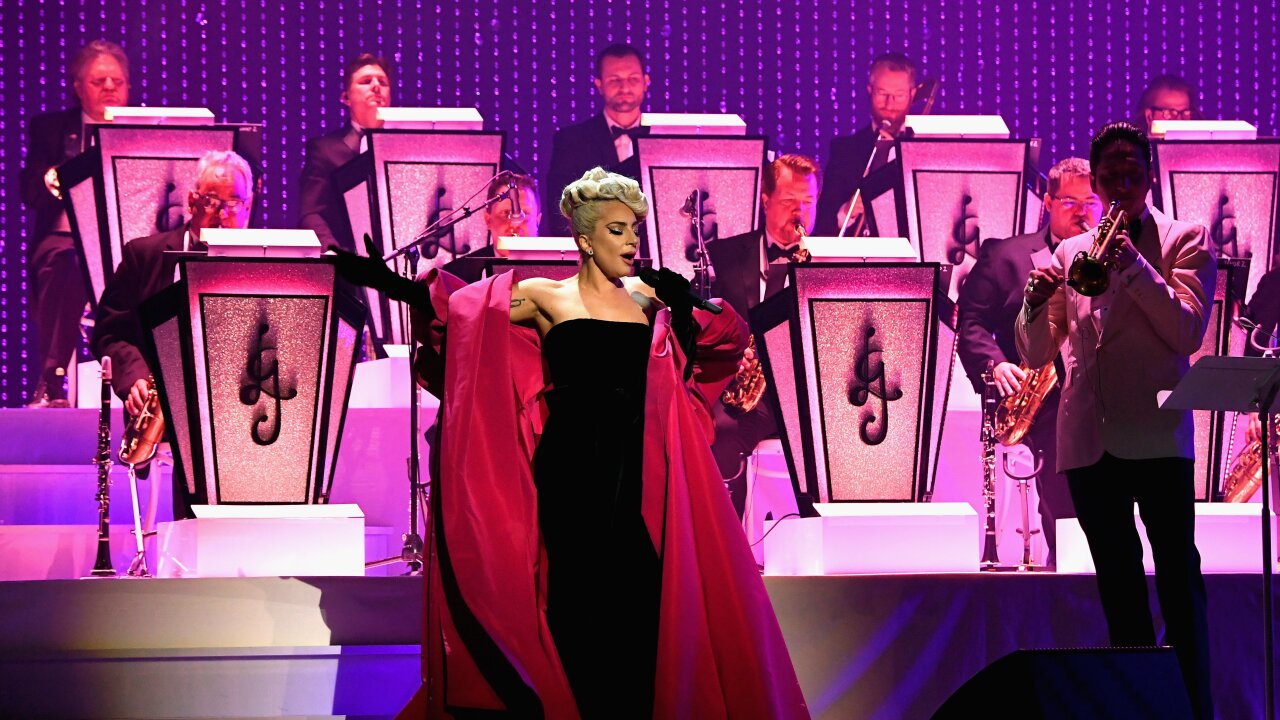 Lady Gaga performs during her “Jazz & Piano” residency at the Park MGM in Las Vegas on January 20, 2019.

Lady Gaga may have sung “Edge of Glory” but it was the edge of the stage that proved her undoing during her latest Enigma show in Las Vegas, when she plummeted backward into the crowd.

The singer had invited a fan, Jack, up on stage to dance with her. But as she jumped into his arms, he lost his balance and the pair tumbled off the stage.

Lady Gaga performs during her “Jazz & Piano” residency at the Park MGM in Las Vegas on January 20, 2019.

Video clips of the incident made the rounds on social media, with hundreds of fans voicing concerns about the star’s wellbeing.

But, helped up by security guards, Gaga was back on her feet immediately, reassuring the audience:

“Everything’s OK,” she said in the aftermath. “The only thing that’s not OK is we need some stairs for the damn stage so I can get back up.”

She went on to console the upset Jack with a hug. “Could you promise me something? Could you forgive yourself right now for what just happened?” she told him, before launching into “Million Reasons” with the fan at her side.

“It’s amazing,” she said. “We love each other so much we fell off the damn stage. We fell into each other’s arms. We’re like Jack and Rose from Titanic.

“I suppose we should have some tea after that.”

Lady Gaga launched her residence at the Park MGM in December with two shows — Enigma and Jazz & Piano.

In 2013, the singer broke her hip, forcing her to curtail her “Born This Way” world tour.