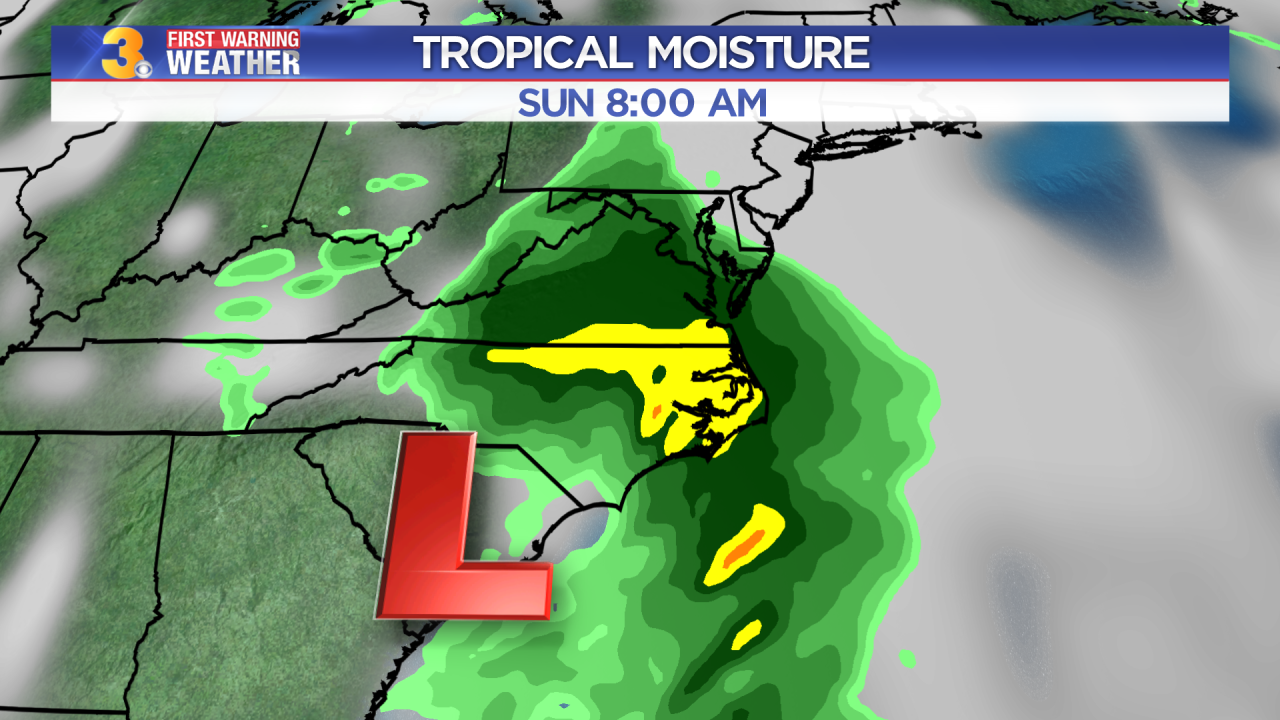 A tropical impact this weekend… Grab a jacket again this morning, temperatures are starting in the 40s to low 50s. We will sunshine for most of today with just a few clouds in the mix. Highs will return to the mid 60s, about 5 degrees below normal for this time of year. It will still be breezy today but not as gusty as yesterday.

Expect clear skies tonight with light winds. Lows will return to the 40s overnight. Areas of patchy frost are possible.

Saturday will be the pick of the weekend. Expect sunshine in the morning with clouds building through the afternoon. Highs will reach the mid and upper 60s. Showers could move in Saturday night but most of the day will be dry.

Widespread rain will move in early Sunday morning as a tropical low tracks across the Carolinas. Showers will taper of through the afternoon. Winds will also pick up, topping out at 20 to 30 with gusts to 40 mph. Coastal flooding is expected on Sunday, especially near high tide in the early afternoon. Severe storms are possible, including a threat for tornadoes, mainly in eastern North Carolina.

Potential Tropical Cyclone Sixteen expected to become a tropical or subtropical storm later today. This system is centered about 390 miles SSW of the Mississippi River and moving NE at 14 mph. A northeastward motion at a faster forward speed is expected for the next couple of days. On the forecast track, the system will approach the northern Gulf Coast later today and tonight, and then move over portions of the southeastern United States on Saturday.

Maximum sustained winds remain near 40 mph with higher gusts. The disturbance is expected to develop into a tropical or subtropical storm later today, and a slow strengthening is then anticipated.