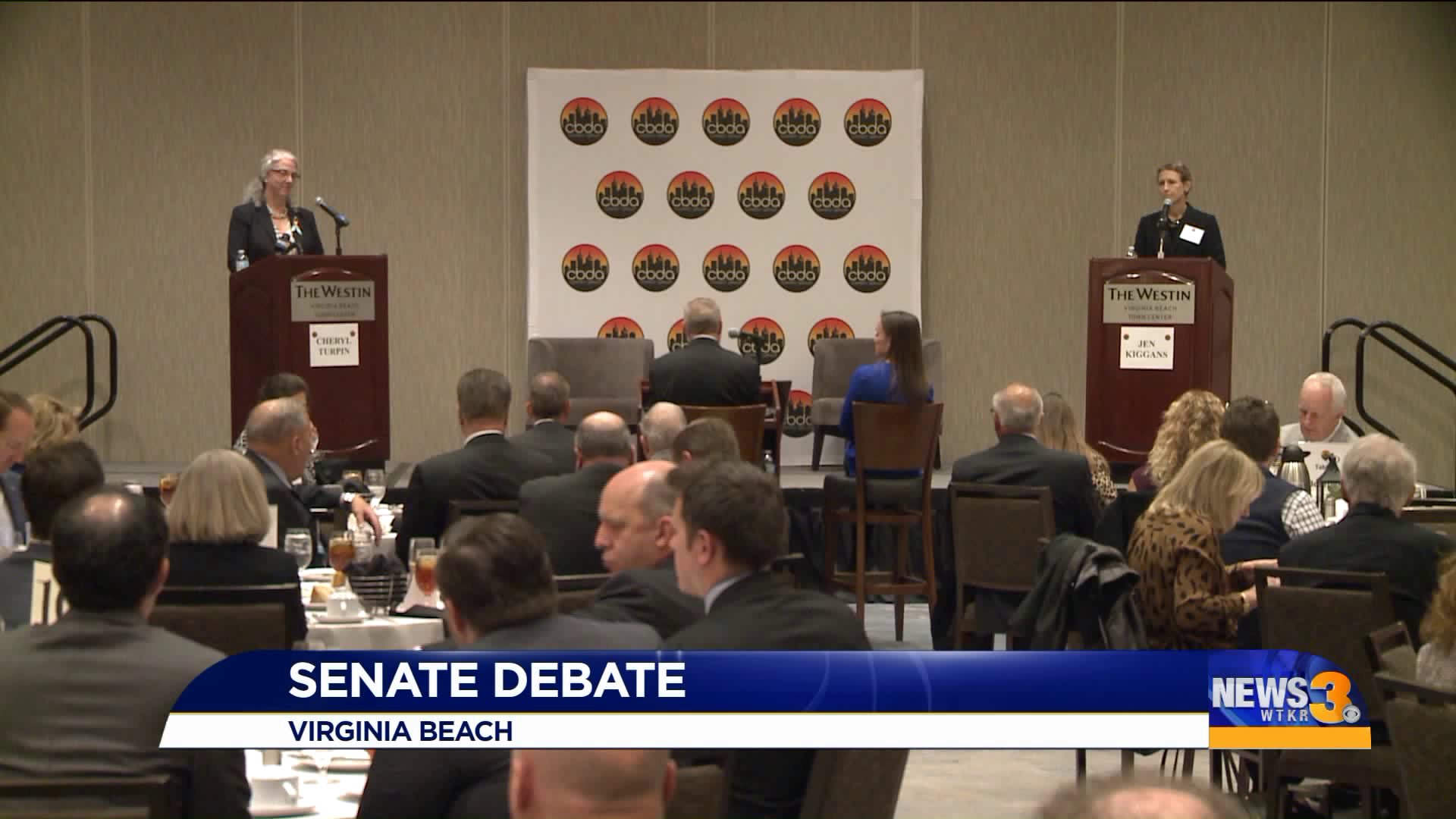 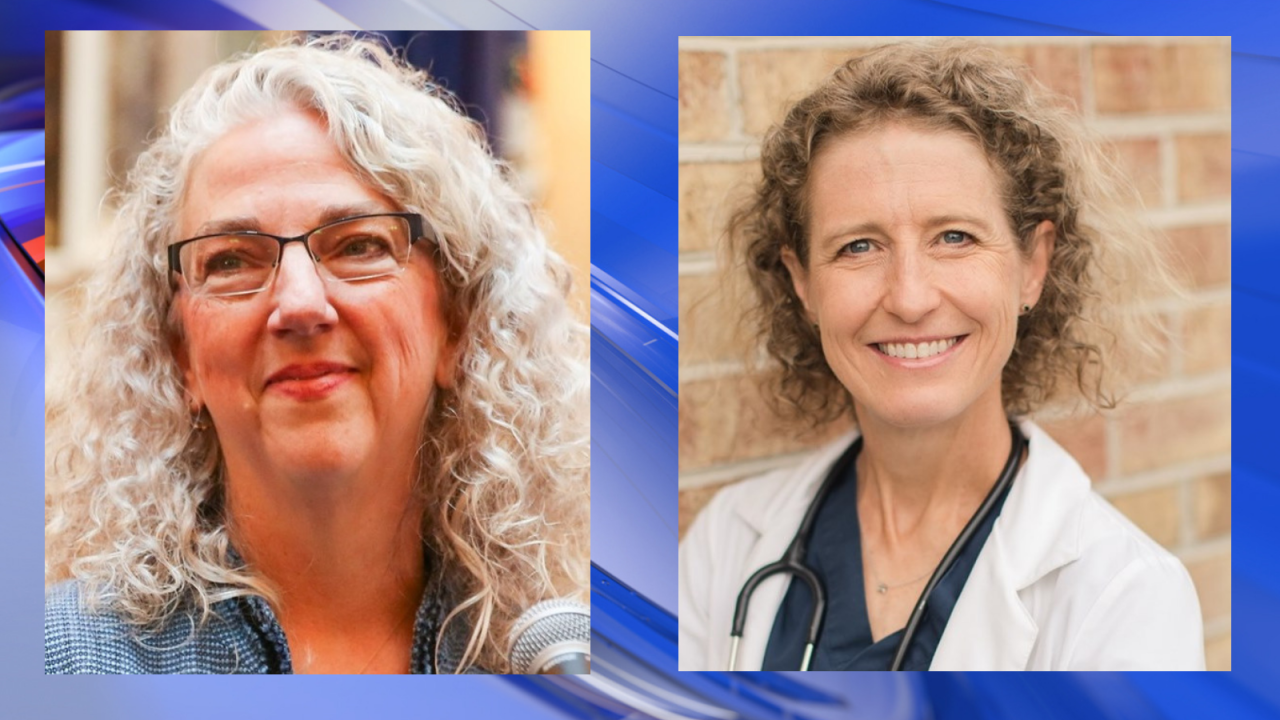 VIRGINIA BEACH, Va. - The candidates for the seventh Senate seat debated on Thursday afternoon at the Westin at Town Center as part of an event with the Central Business District Association.

Democratic Delegate Cheryl Turpin is running against Republican Jen Kiggans to replace retiring Sen. Frank Wagner. The race is closely watched because it could help determine which party is in control in Richmond. The district includes parts of Virginia Beach and Norfolk.

Turpin is a current state delegate and teacher. Kiggans is a Navy veteran and a Nurse Practitioner.

Recent elections show the seventh district tilting towards Democrats. Sen. Tim Kaine won the district in 2018 and Gov. Ralph Northam won it in 2017, but given the area's high veteran population - many analysts predict the race will be very close come election day on November 5.

On the issue of guns, Turpin called for more gun control. "It's time to put our community safety first," she said. Kiggans said she'd be open to meeting with a variety of groups on either side of the issue and called for mental health reforms. "I'm a defender of the constitution because we don't pick and choose," said Kiggans. "This is the Bible for our country."

Healthcare wasn't a main topic of the debate, but is one featured prominently in ads. Turpin said she's worried Republicans want to overturn Obamacare and its benefits. "If there's any motion or belief that the Affordable Care Act needs to be overturned, it takes all off that off the plate," she said. "That's what I'm fighting to save."

With the race just weeks away, expect the intensity to continue through Election Day.