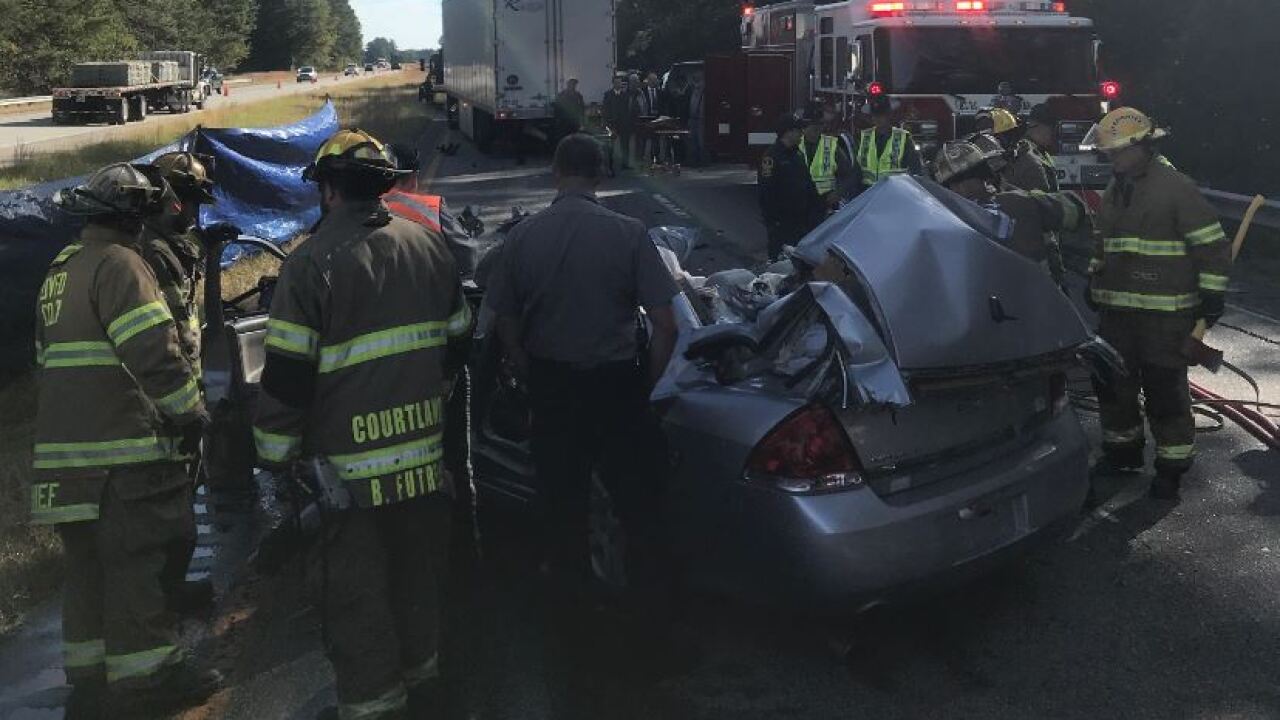 Southampton County deputies said a passenger car rear ended a stopped tractor trailer resulting in fatalities of the driver and three passengers in the car.

The two tractor trailers were stopped for a school bus loading a student at a regular stop. The school  bus was not involved in the crash, officials said.

The four victims in the crash are: Dee Jay Rodriquez (who was driving), Eric Lee Peed, Vincent Emar Ross and Keondre Thomas.