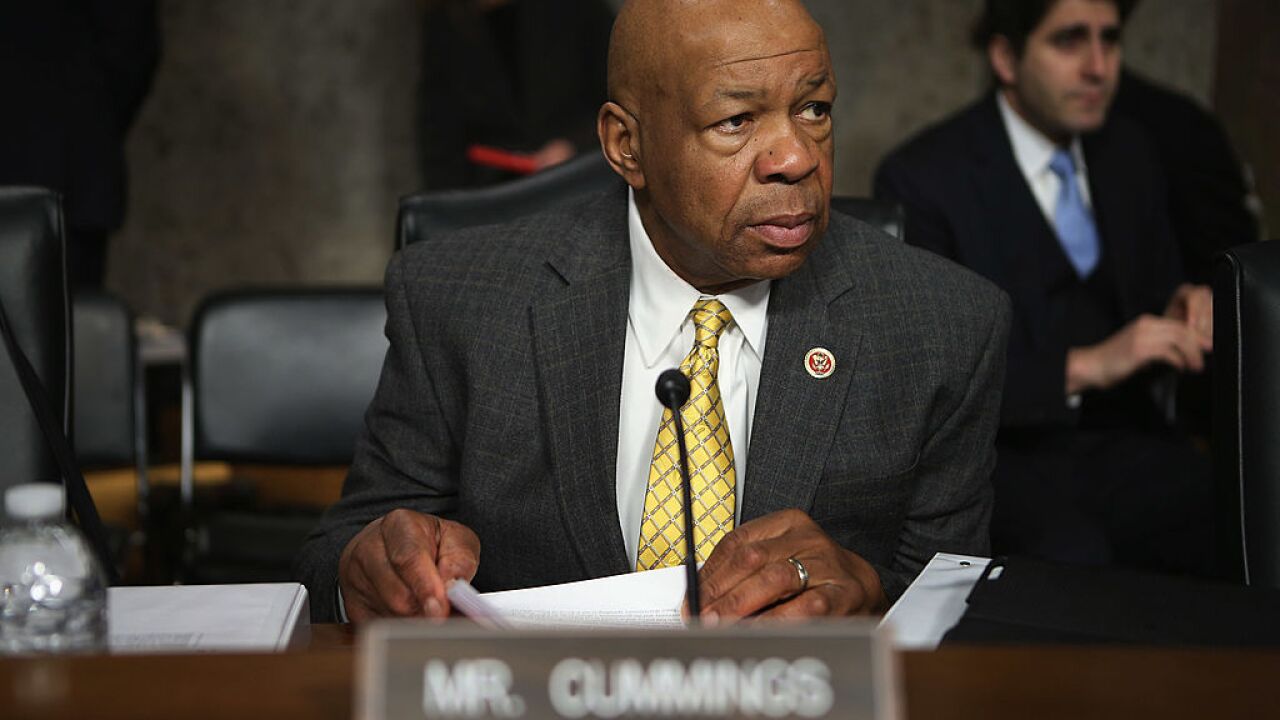 BALTIMORE – Congressman Elijah Cummings — long known for representing the Baltimore area on Capital Hill — has died at the age of 68.

According to our Baltimore affiliate WMAR, Cummings died around 2:45 a.m. on Thursday. He was at John Hopkins Hospital due to complications from medical issues he has faced.

The Democrat from Maryland 7th Congression District represented his state in Washington D.C. since 1997 and was Chair of the House Oversight Committee at the time of his death.

Many on Twitter have already reacted early this morning to the news that is breaking.

My heart is saddened at the loss of a colleague and friend. Elijah cared deeply about public service and the importance of “representing your people”. Rest In Peace good and faithful servant. https://t.co/T7JfnyZnXY

Tremendously saddened to learn of the passing of Elijah Cummings. This is a loss for Baltimore, Congress, and the country.

Cummings has a somber but personal connection to the Hampton Roads area. His nephew was killed in a shooting in Norfolk while attending Old Dominion University in 2011.

In recent months, Cummings was in the news due to his feud with President Donald Trump, who took shots at Cummings and the City of Baltimore.

Trump did express his condolences toward Cummings, saying via Twitter, “My warmest condolences to the family and many friends of Congressman Elijah Cummings. I got to see first hand the strength, passion and wisdom of this highly respected political leader. His work and voice on so many fronts will be very hard, if not impossible, to replace!”

My warmest condolences to the family and many friends of Congressman Elijah Cummings. I got to see first hand the strength, passion and wisdom of this highly respected political leader. His work and voice on so many fronts will be very hard, if not impossible, to replace!

NFL Commissioner Roger Goodell also commented on Cummings’ death saying, “​I was deeply saddened to learn this morning of the passing of Congressman Elijah Cummings. Congressman Cummings was a favorite son of Baltimore and his beloved district was always close to his heart, whether partnering with the Baltimore Ravens to advance social justice or inviting the NFL to speak to hundreds of high school students about the importance of fair competition and staying away from performance-enhancing drugs. As an attorney, judge, state delegate, and Member of the House of Representatives, he dedicated his remarkable life to serving others with character, integrity, and compassion. The NFL joins the Baltimore Ravens in extending our sincere condolences to the Congressman’s family, constituents, and friends throughout the country.”​

Cummings practiced law and served for 14 years in the Maryland House of Delegates, where, according to his congressional website, he became the first African American in Maryland history to be named Speaker Pro Tem.

Cummings was reelected last year in the 7th Congressional District with 76% of the vote. He was elected to Congress in November 1996 for the first time.