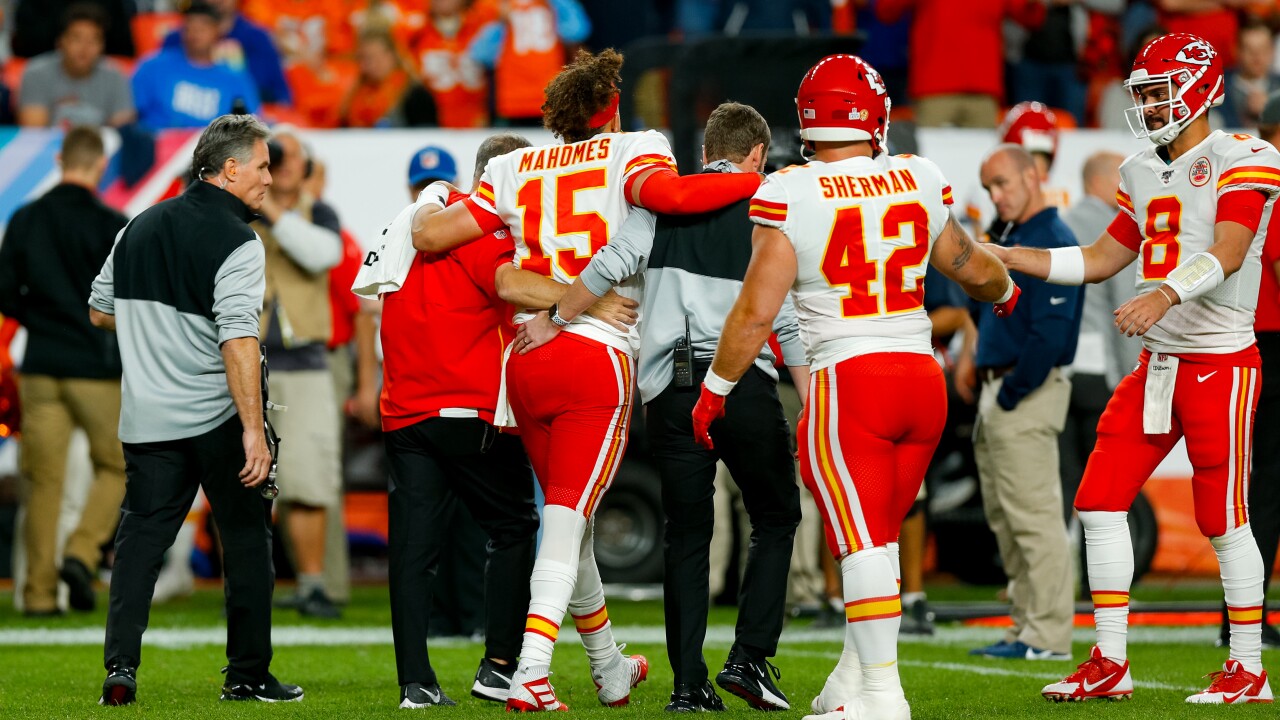 DENVER, CO – OCTOBER 17: Quarterback Patrick Mahomes #15 of the Kansas City Chiefs is helped off the field after getting injured on a play during the second quarter against the Denver Broncos at Empower Field at Mile High on October 17, 2019 in Denver, Colorado. (Photo by Justin Edmonds/Getty Images)

DENVER – Kansas City Chiefs quarterback Patrick Mahomes was pulled from Thursday night’s game against the Denver Broncos with a knee injury and could be sidelined for multiple weeks.

Mahomes exited the field with the help of training staff after going down on a quarterback sneak in the second quarter.

“Not too many people get hurt on a sneak,” Chiefs head coach Andy Reid said. “It’s a freak thing and it happens.

The quarterback will be getting an MRI, with the team expecting to receive results on Friday. Regarding the timeline for Mahomes’ return, Adam Schefter reports that, “if there’s no damage, the best case would be around three weeks,” according to a league source.

Mahomes was already dealing with an injured ankle heading into Thursday night’s game.

The Chiefs had lost their backup quarterback, Chad Henne, in the preseason and Matt Moore replaced Mahomes in Kansas City’s 30-6 win against the Broncos.