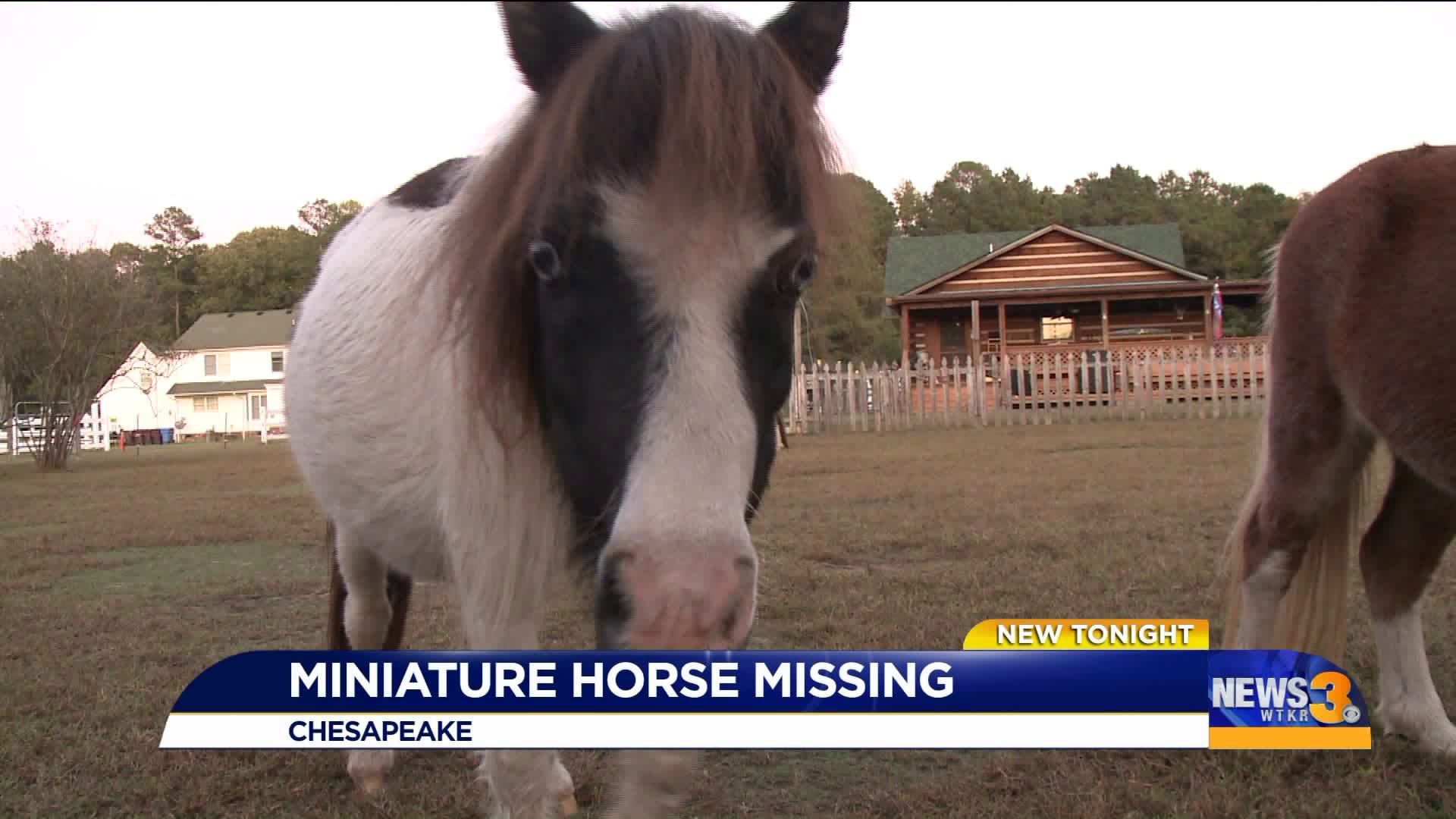 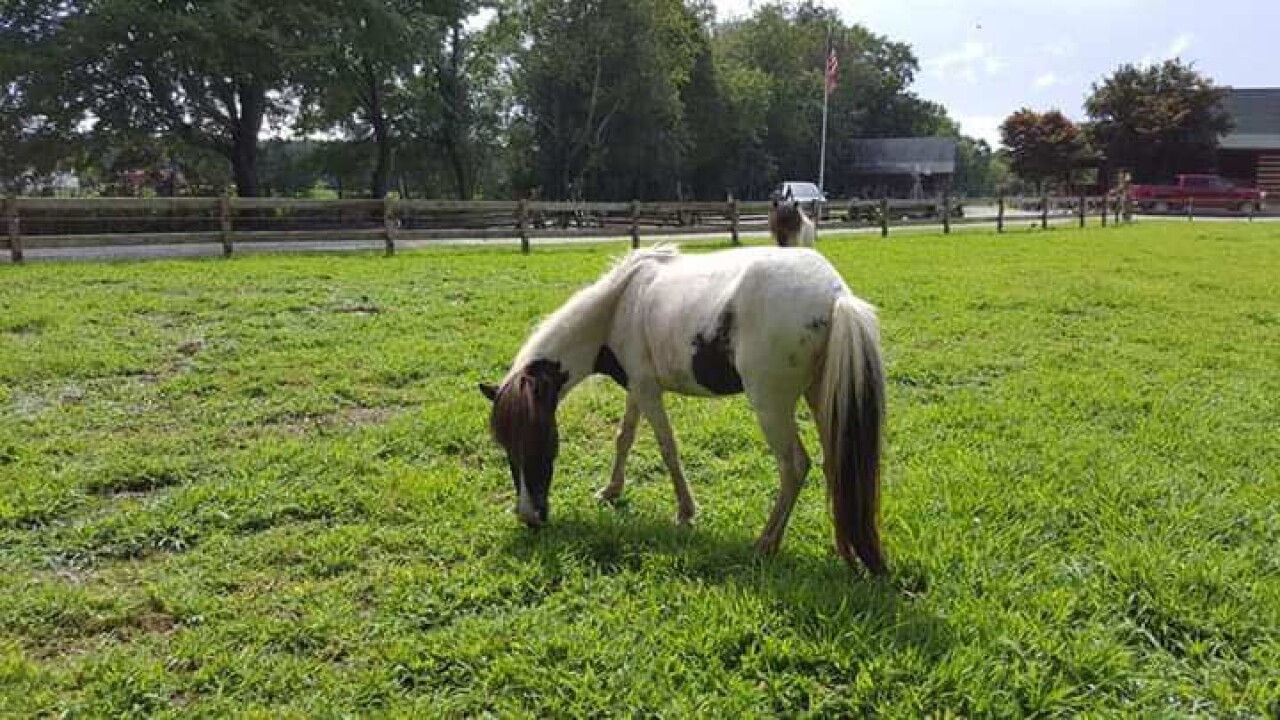 CHESAPEAKE, Va. - A Chesapeake family is on edge looking for their beloved miniature horse.

Gem is about 32 inches tall with black and white spots and a sweet personality.

It's been over a week since she was safe at home with the rest of the farm animals. She went missing on Tuesday morning.

"I had someone wake me up, about 5:15 a.m., to tell me that I'm the only person they know in the area that has minis and there were 5 minis spotted out on Benefit [Road] heading towards [Route] 17," said owner Gwynn Rankin.

Rankin said she sprung into action, on a mission to find her babies.

She said after some searching she found four of the minis on Benefit Road, only about a mile from her house, but Gem wasn't with the rest of them.

"So, I don't know what happened after she got separated," Rankin said. "She kept going and didn't try to find the rest of the herd."

Now her yard is short one miniature horse. She said she thinks the group knocked the back gate open and escaped.

She wonders every day if they're ever going to be able to find Gem. Rankin said she's contacted Animal Control and taken to social media for help, but so far, no luck.

"You also have to run the worst-case scenario through your mind and say, yeah, she could be tangled in brush, she could have been attacked by something," she said.

She's still trying to stay positive and count her blessings for the minis she still has.