Virginia to be home to deepest port on the East Coast 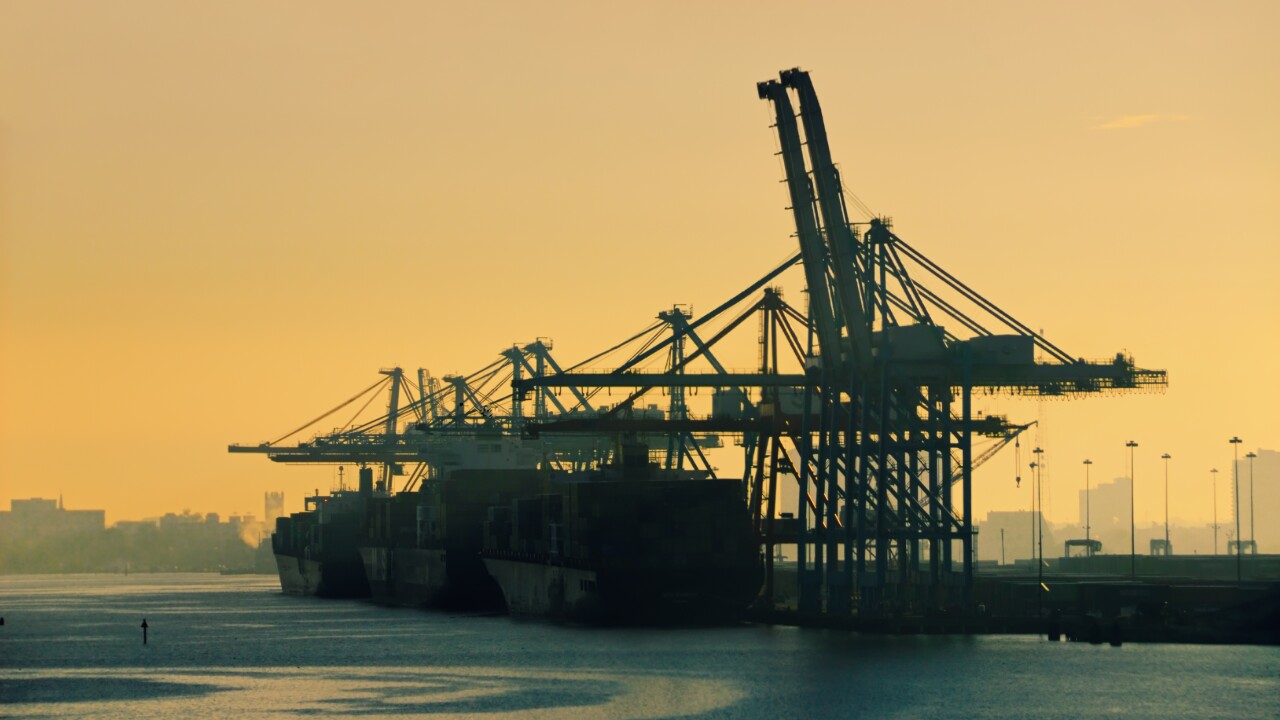 Sunrise over a cargo ship terminal

NORFOLK, Va. – The effort to make The Port of Virginia the deepest port on the U.S. East Coast will begin around January 2020, following the finalization of a contract with an international dredging firm that will take on the project’s initial phase.

On October 9, John F. Reinhart, CEO and executive director of the Virginia Port Authority, signed a contract with New Jersey-based Weeks Marine to begin the deepening of the western side of the Thimble Shoal Channel.

In late September, the port’s Board of Commissioners approved the contract with Weeks. The contract for the first phase is $78 million and the total cost of the project, including the preliminary engineering and design work, is $350 million. The work includes dredging the shipping channels to 55 feet – with deeper ocean approaches – and widening the channel to more than 1,400 feet in specific areas.

When dredging is complete in 2024, the commercial channels serving the Norfolk Harbor will be able to simultaneously accommodate two, ultra-large container vessels.

“When the work is complete, Virginia will be the only East Coast port with this capability,” Reinhart said. “The vessel sizes continue to expand, so safe, two-way ULCV traffic is important to the sustainability and efficiency of this port and to the ocean carriers using the channel.

“This project, combined with the $750 million we are investing to increase container capacity by 1 million units per year, sets up Virginia to be the premier gateway for trade on the East Coast. We are building a world-class port and thinking long-term with a focus on productivity and service for decades to come.”

In 2015, the deepening effort got underway when the U.S. Army Corps of Engineers and the port signed a Feasibility Cost Share Agreement that committed each side to sharing the cost of evaluating the benefits of dredging the Norfolk Harbor to a depth beyond 50 feet.

“The support of the governor, the Virginia Legislature, the Army Corps’ Norfolk District office and the Virginia Maritime Association have been absolutely critical to the success of this project and the speed at which it was executed,” Reinhart said. “This has been a collaborative effort and we are grateful to all who supported it.”