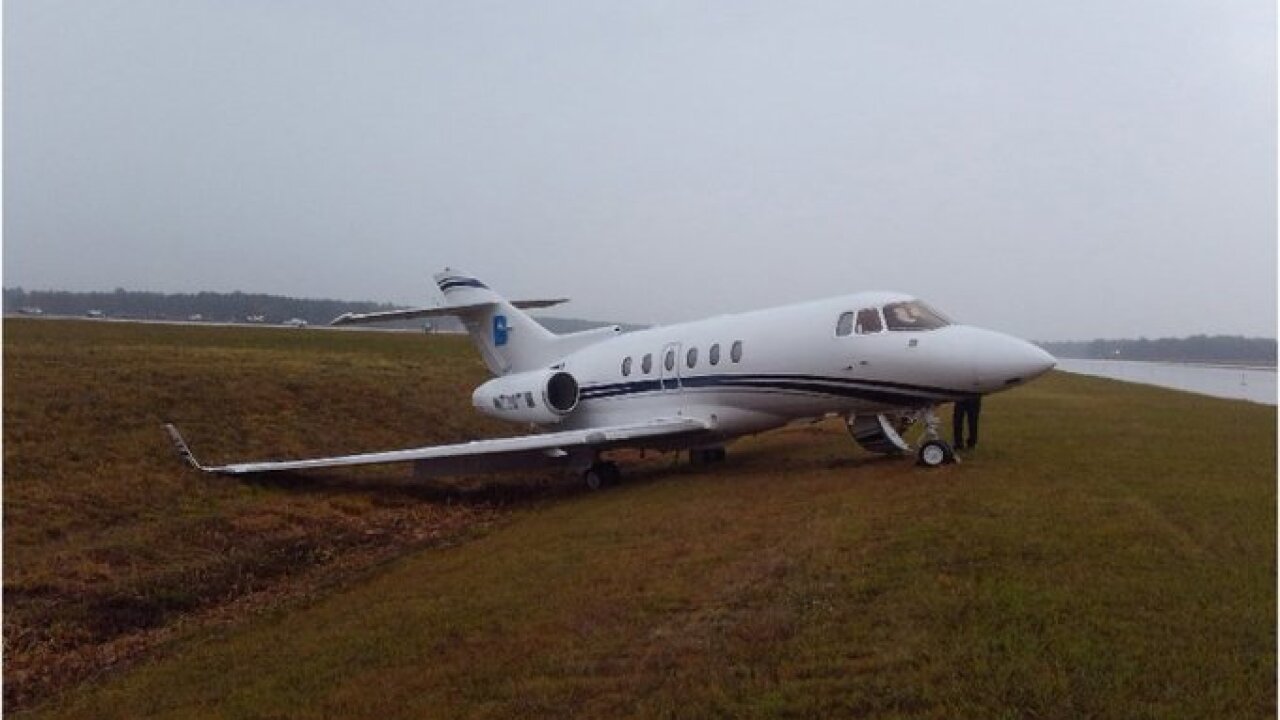 HENRICO COUNTY, Va. — No one was hurt when a small, private plane ran off a runway at Richmond International Airport on Wednesday morning, according to CBS 6.

Airport officials said the plane’s landing gear was not oriented correctly and caused the plane to veer off the runway.

“At approximately 8:29 a.m., a private jet (Hawker) with five people onboard declared an emergency due to landing gear issues while about six minutes out from RIC,” an airport spokesperson said. “The aircraft landed on RWY 16/34, but a “sideways” nose gear forced the aircraft to veer off the runway. It became stuck in the grass midfield between RWY 16/34 and TWY L.”

Virginia State Police, who responded to the scene, says the FAA has been notified and are on scene assessing the situation. State police called the damage to the plane “minimal.”

The longer runway has been closed pending an investigation into the landing. Other runways at the airport remain open.

Both the airfield and airport remain fully operational, the airport spokesperson added.