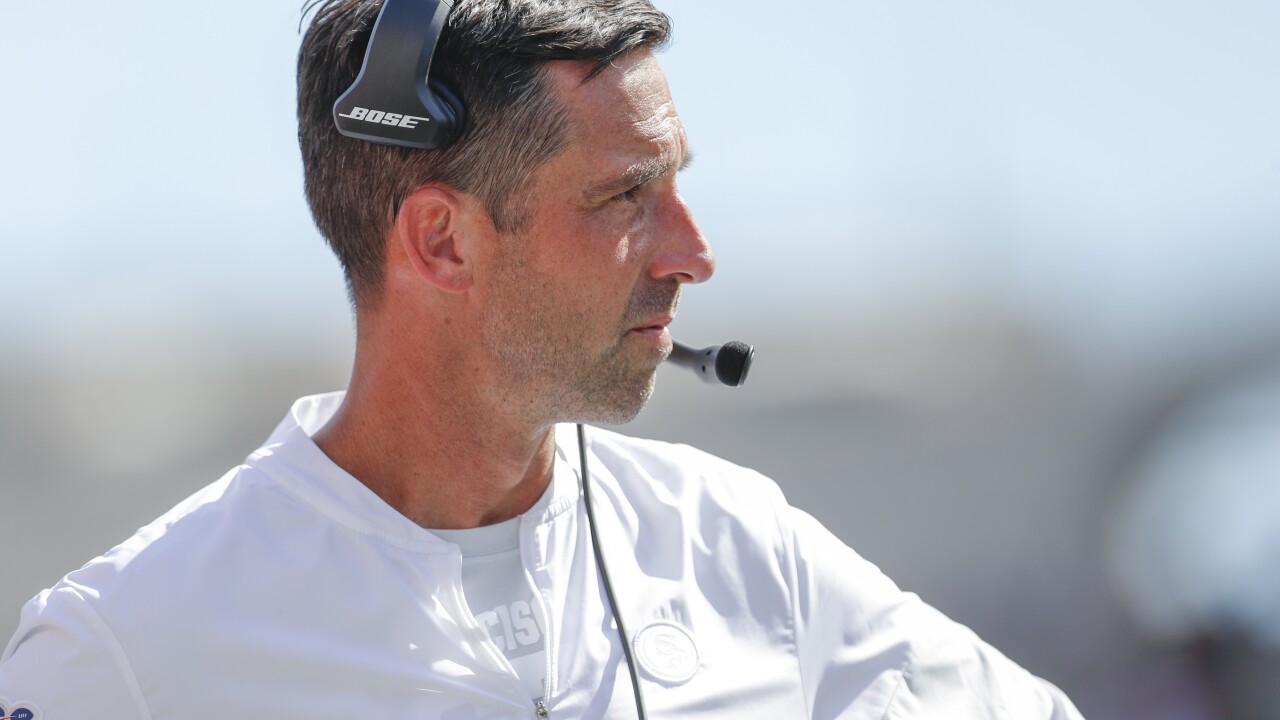 CINCINNATI, OH – SEPTEMBER 15: Head coach Kyle Shanahan of the San Francisco 49ers is seen during the second half against the Indianapolis Colts at Paul Brown Stadium on September 15, 2019 in Cincinnati, Ohio. (Photo by Michael Hickey/Getty Images)

While Shanahan’s father, Mike, was head coach of the ‘Skins from 2010-13, Shanahan served as offensive coordinator.

During a press conference, he was asked about what the best part of working in Washington was.

“Being able to work with my dad and be around some other good coaches,” Shanahan said.

Then came his brutal honesty.

After being asked what the worst part of the job was, his response was, “Everything else.”

Shanahan and the 49ers travel to FedEx Field on Sunday to face the Redskins.

What was the best part of working in Washington?

“Being able to work with my dad & be around some other good coaches.”

What was the worst part?