School bus driver and her kids hurt in Virginia crash 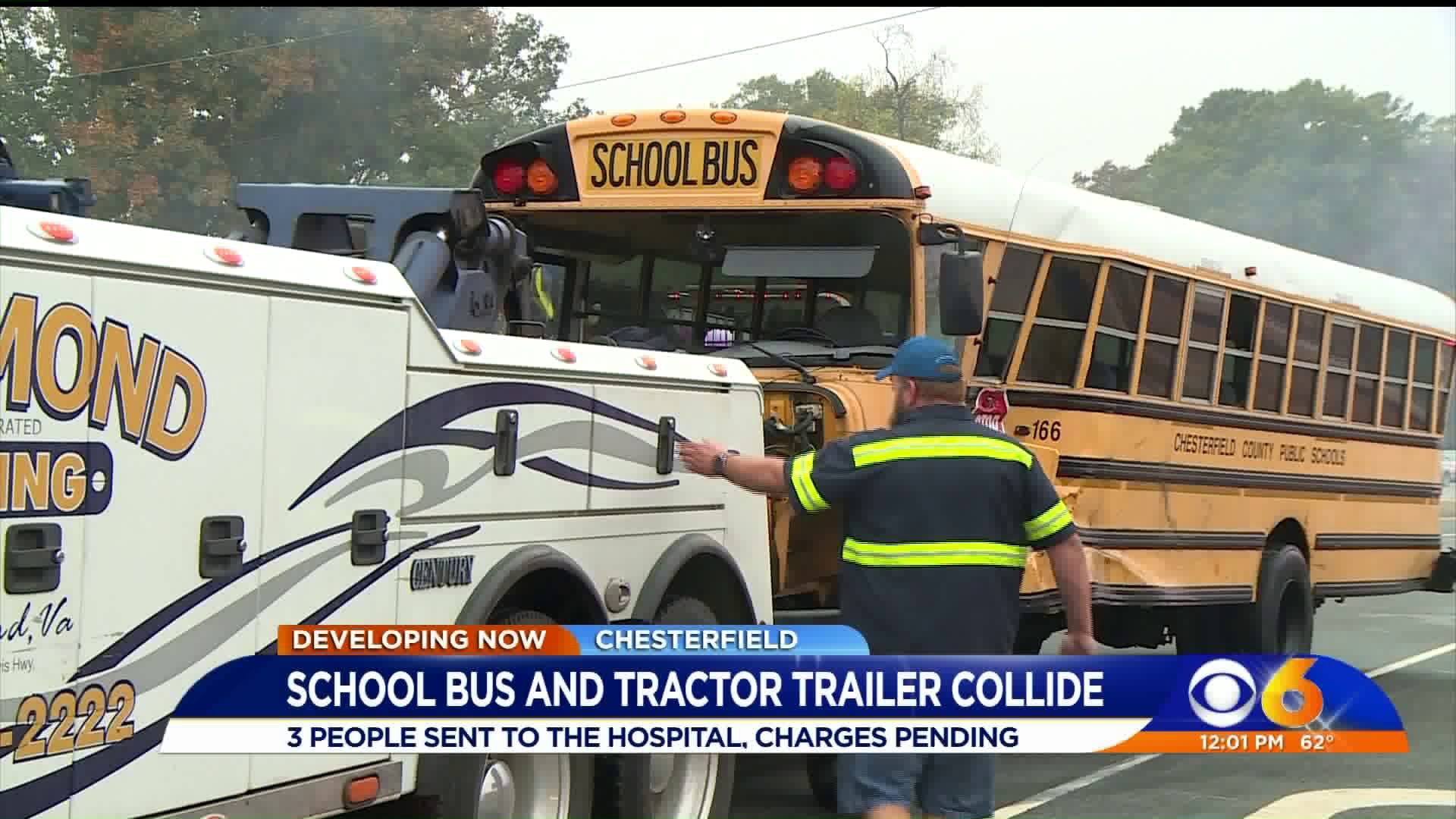 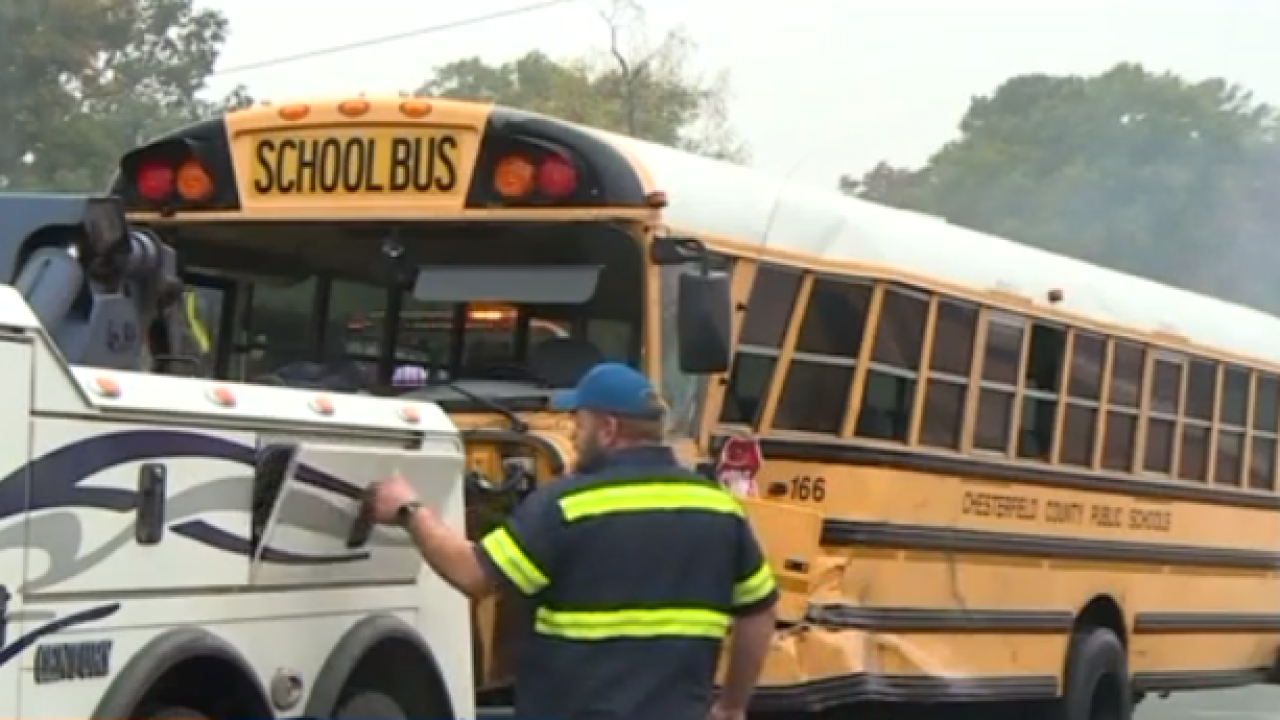 CHESTERFIELD COUNTY, Va. -- Police are investigating a Monday morning crash that involved a school bus and a tractor trailer, according to CBS 6.

A school bus driver and her two children were in the vehicle when a truck hit it near the intersection of Iron Bridge Road and Beach Road in Chesterfield.

No other students were on the bus.

"Still you lived out your worst nightmare hitting a school bus. I just think there was nothing I could have absolutely done differently. Stand on the brakes. I had a couple seconds before I hit her that was it," said Tim Brown, truck driver

"It was a hard collision," witness Robert Hermsen said. "It was scary. I know three people went to the hospital."

Westbound Iron Bridge Road was closed for investigation and crash clean-up. The road has since reopened.

Charges are pending the outcome of the police investigation.

While many Virginia students are not in school Monday due to the national Columbus Day holiday, classes in Chesterfield County are in session.

This is a developing story. Witnesses can send news tips, photo, and video here.