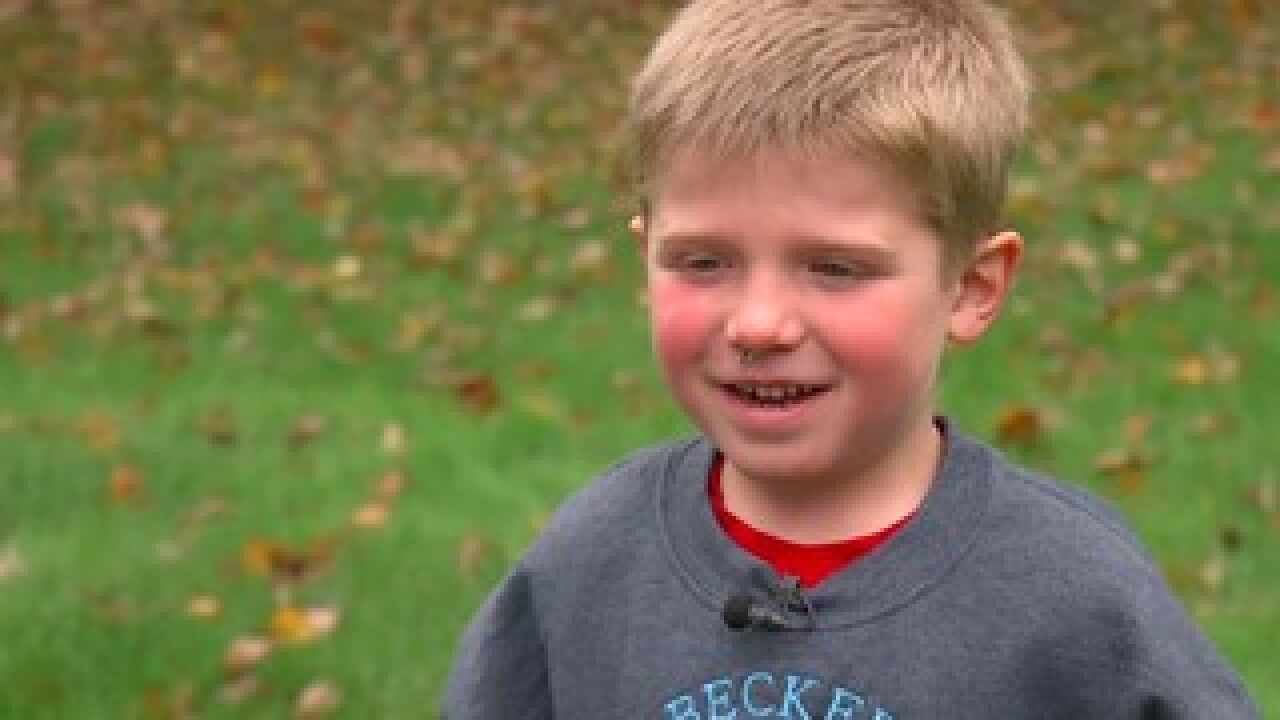 BECKER, Minn. — A 6-year-old boy who was reported missing was found Wednesday after a drone with a thermal camera spotted the child and his dog in a cornfield, according to a report from WCCO.

The Sherburne County Sheriff’s Office says Ethan Haus was found around 2 a.m. in a field not far from his home in Palmer Township. The 6-year-old had disappeared late Tuesday afternoon and was missing for nearly 10 hours before being found.

Ethan was brought to a hospital early Wednesday morning. Authorities say he was cold overnight, when temperatures were in the low 40s, but otherwise OK.

Some 600 volunteers turned out to help search for Ethan, who went missing around 4 p.m. after getting off his school bus and running off to play with the family dog, Remington. After Ethan’s family couldn’t find him, the call for help was issued.

One of those volunteers, Steve Fines, who owns a drone imaging company, brought a drone with a thermal camera. The device spotted Ethan and the family dog in a cornfield east of the family’s home that had already been searched by volunteers.

“If not for that drone, I’m not sure we would have found him,” Sherburne County Sheriff Joel Brott said.

Fines said that he’d never used a drone in a search operation before.

“It was a moment that was going to make his parents so happy, and vicariously we all felt that,” he said.

The county sheriff thanked all the volunteers and law enforcement agencies that responded to the search for Ethan.

“This truly was the epitome of a community caring for its own,” Brott said in a statement. “To see the outpouring of support in such a short time period to come out and help find this boy and his dog is heartwarming.”