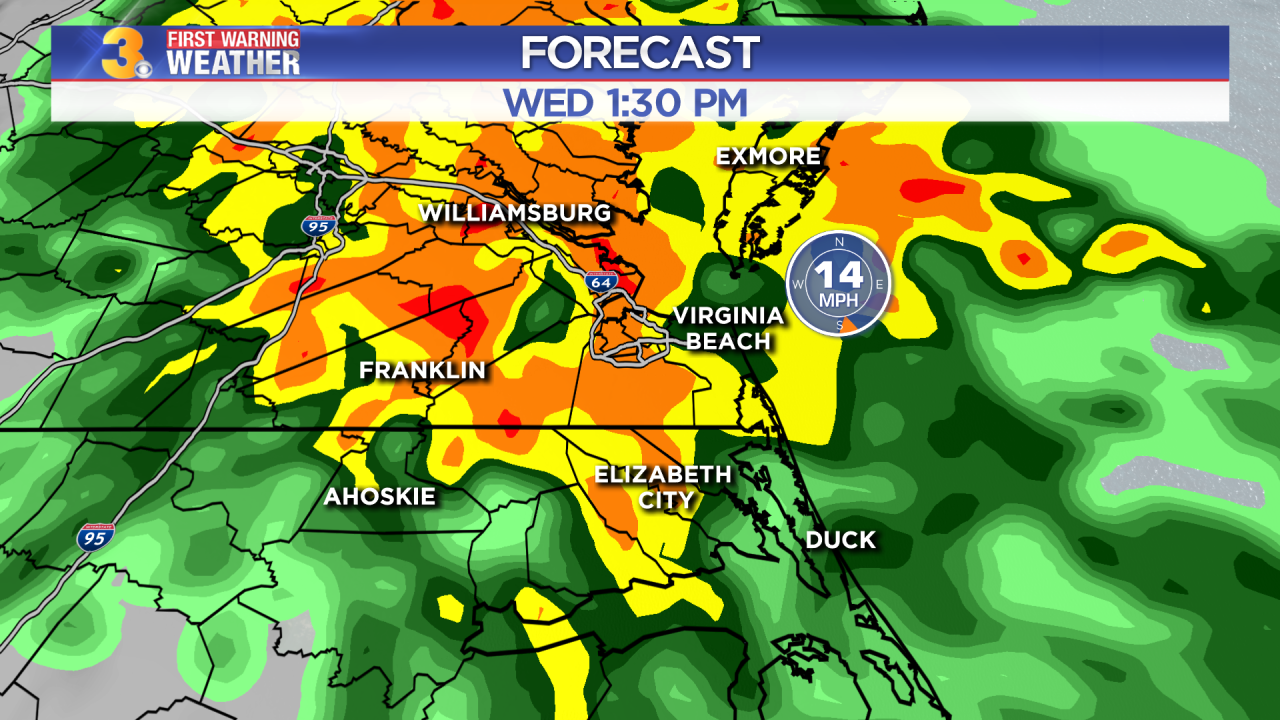 Fog today, rain tomorrow… Watch out for areas of dense fog this morning. Many areas will see visibility less than one mile. Once the fog burns off, we will see mostly sunny skies through midday and the early afternoon. Highs will return to the mid 70s. Clouds will build in late today and tonight.

Wednesday will be the biggest rain chance of the week as a cold front moves in. Expect mostly cloudy skies with showers through most of the day. The biggest rain chance will be between 11 AM and 3 PM. A stray storm is possible but severe weather is unlikely. Highs will try to reach the low 70s. Showers and clouds will clear out Wednesday evening and night as winds ramp up.

Expect sunshine to end the work week with cooler air moving in behind the cold front. Highs will only warm to the mid 60s on Thursday and Friday. Overnight lows will fall to the upper 40s.

Tropical Depression 15 has formed off the coast of Africa. On the forecast track, the center of the depression is expected to pass over or near the eastern Cabo Verde Islands later today. Maximum sustained winds remain near 35 mph with higher gusts. Slight strengthening is possible, and the depression is forecast to become a tropical storm later today. Weakening is expected to begin on Wednesday, and the system is forecast to become a remnant low in a couple of days.

A trough of low pressure located over portions of Central America and the northwestern Caribbean Sea is producing disorganized showers and thunderstorms. By late Wednesday, the system is forecast to emerge over the Bay of Campeche and then turn north, and environmental conditions could become a little more conducive for some development towards the end of the week when the system is over the western Gulf of Mexico.

A tropical wave located about 650 miles east of the southern Windward Islands continues to produce disorganized showers and thunderstorms. Upper-level winds are expected to become increasingly hostile over the system, and significant development of this system appears unlikely while it moves westward at 15 to 20 mph.