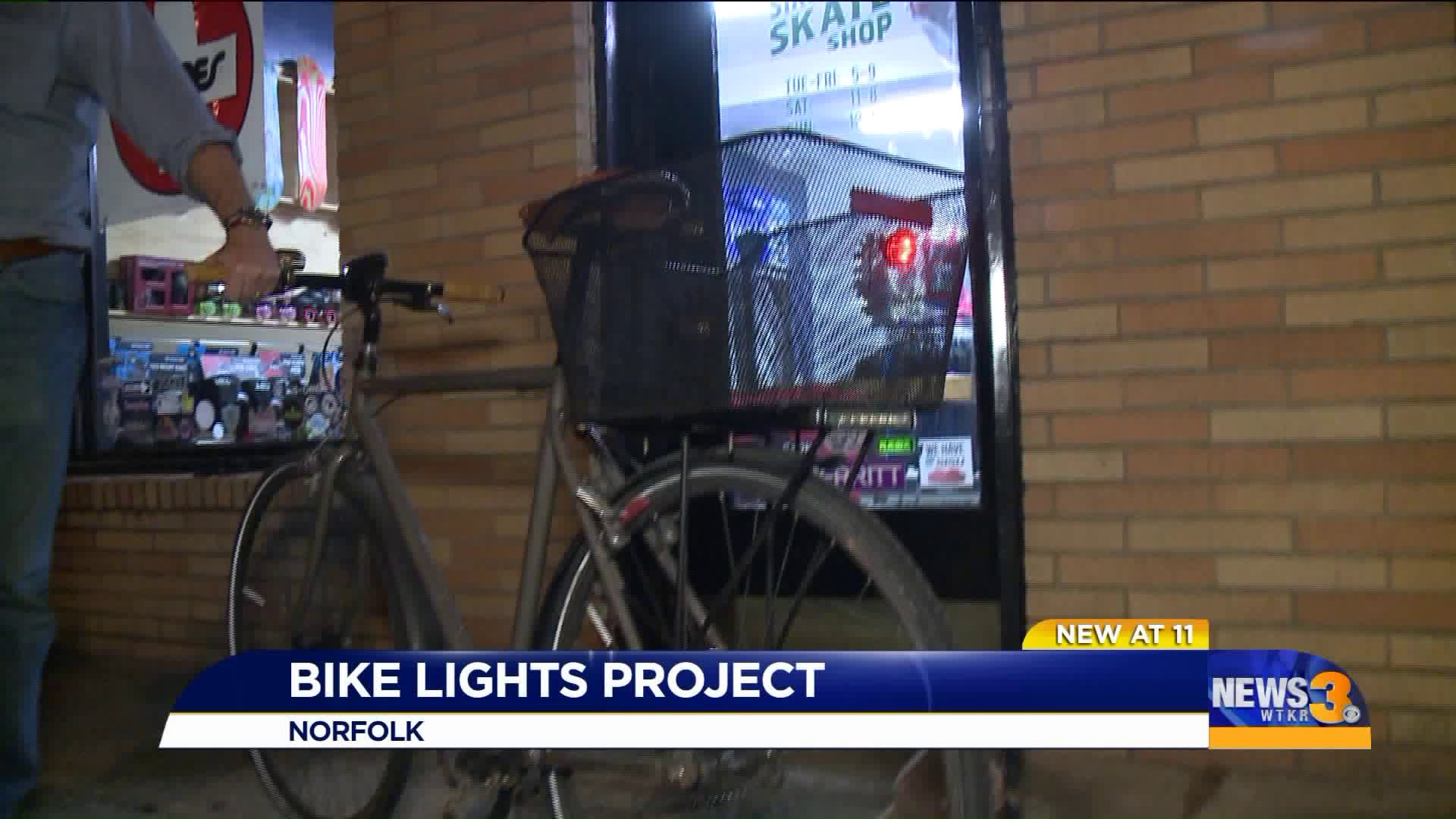 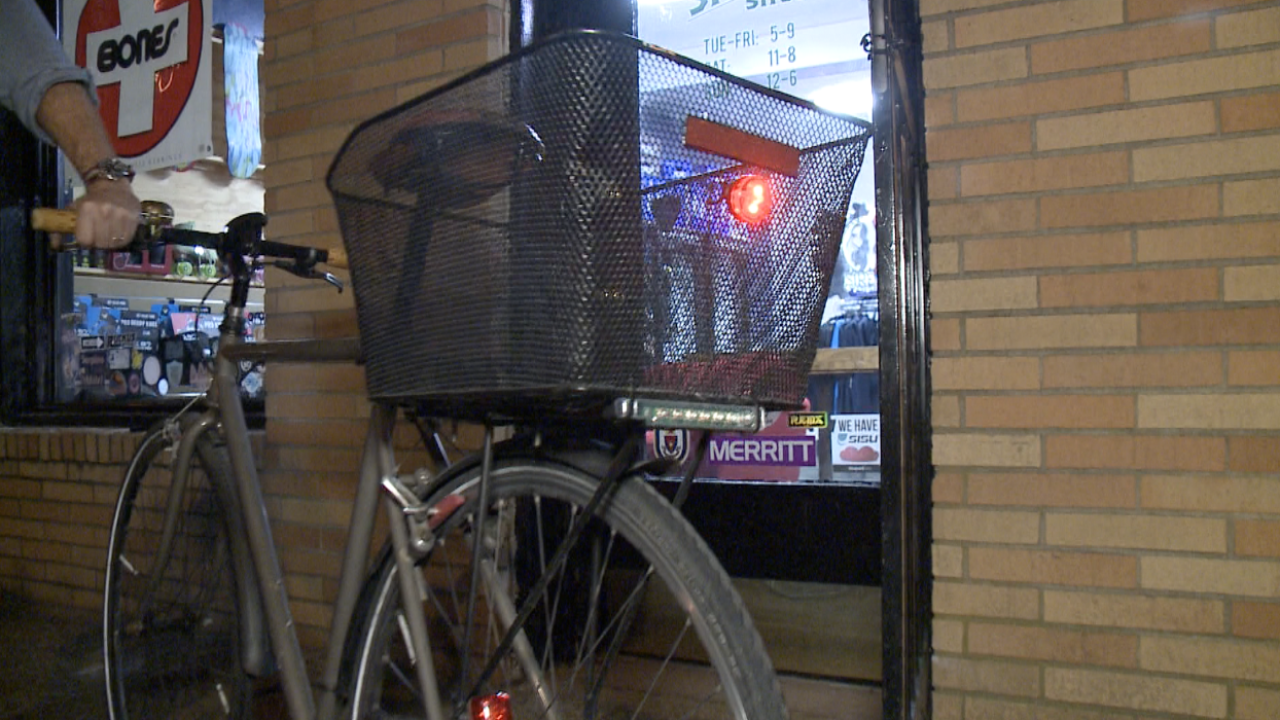 NORFOLK, Va. - As we inch closer to the end of daylight savings, people are running out of time to commute while the sun is shining.

For folks who use a bike as their main mode of transportation, the next few months can be extra tough.

The sun sets sooner, making it more difficult for drivers to see cyclists on the roadways.

A local nonprofit, called Bike Norfolk, is trying to ease the burden and keep people safe while riding.

From now until November, the group is collecting front and rear bicycle lights to distribute to working class riders and college students across Norfolk.

Once the lights are gathered volunteers will hit the streets and hand them out to people in various neighborhoods including Berkley, Park Place, and Southern Shopping Center, as well as on the campuses of Old Dominion University, Norfolk State University and Tidewater Community College.

The goal is the purchase and distribution of 60 light sets.

The President of Bike Norfolk, Liz Schleeper said, "We have found that giving out lights provides opportunity to educate on the importance of being visible at night, and it gives opportunity for us to share with riders other resources Bike Norfolk offers."

The group is also collecting monetary donations to purchase the lights. You can get involved by going to their GoFundMe.