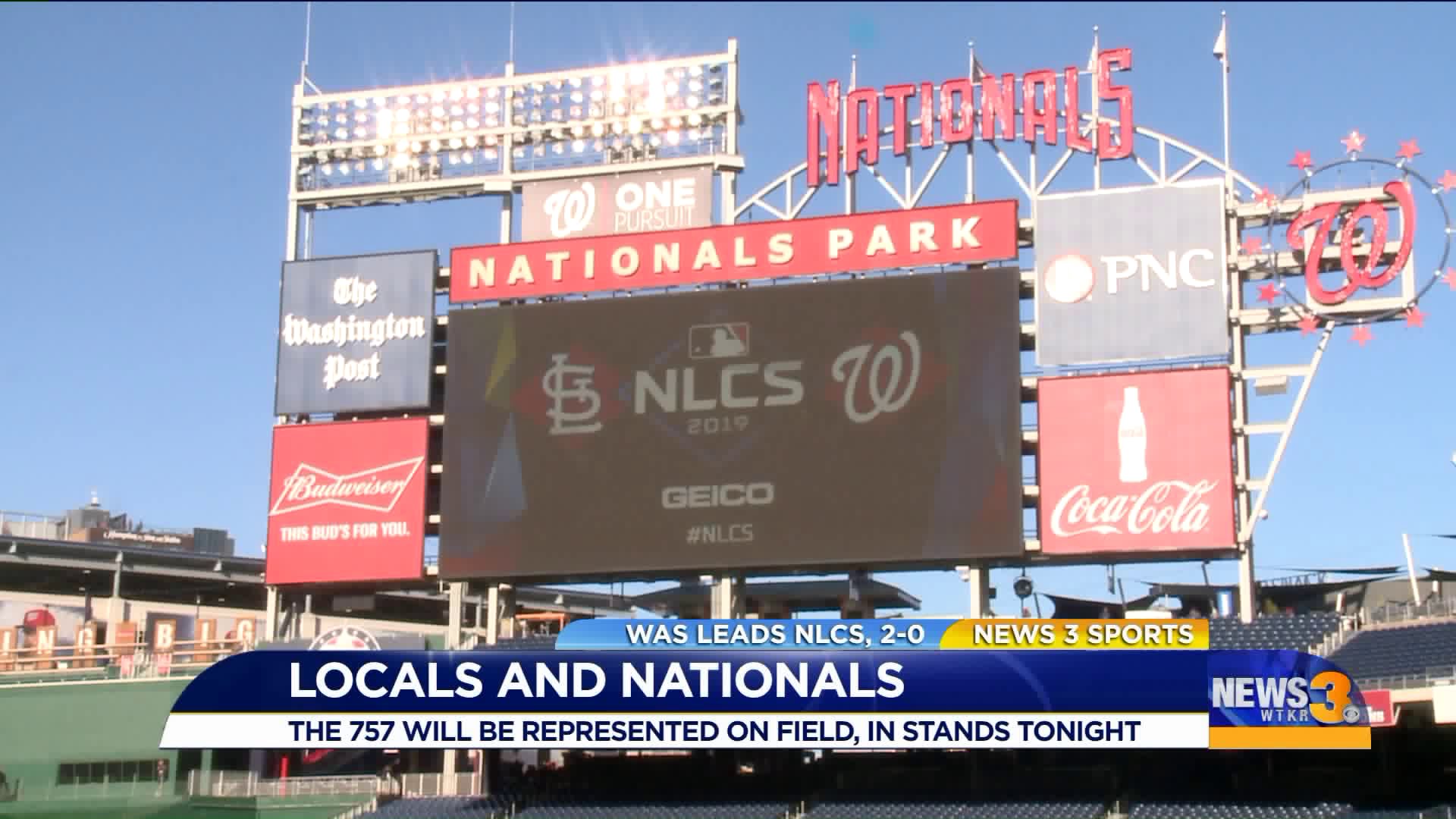 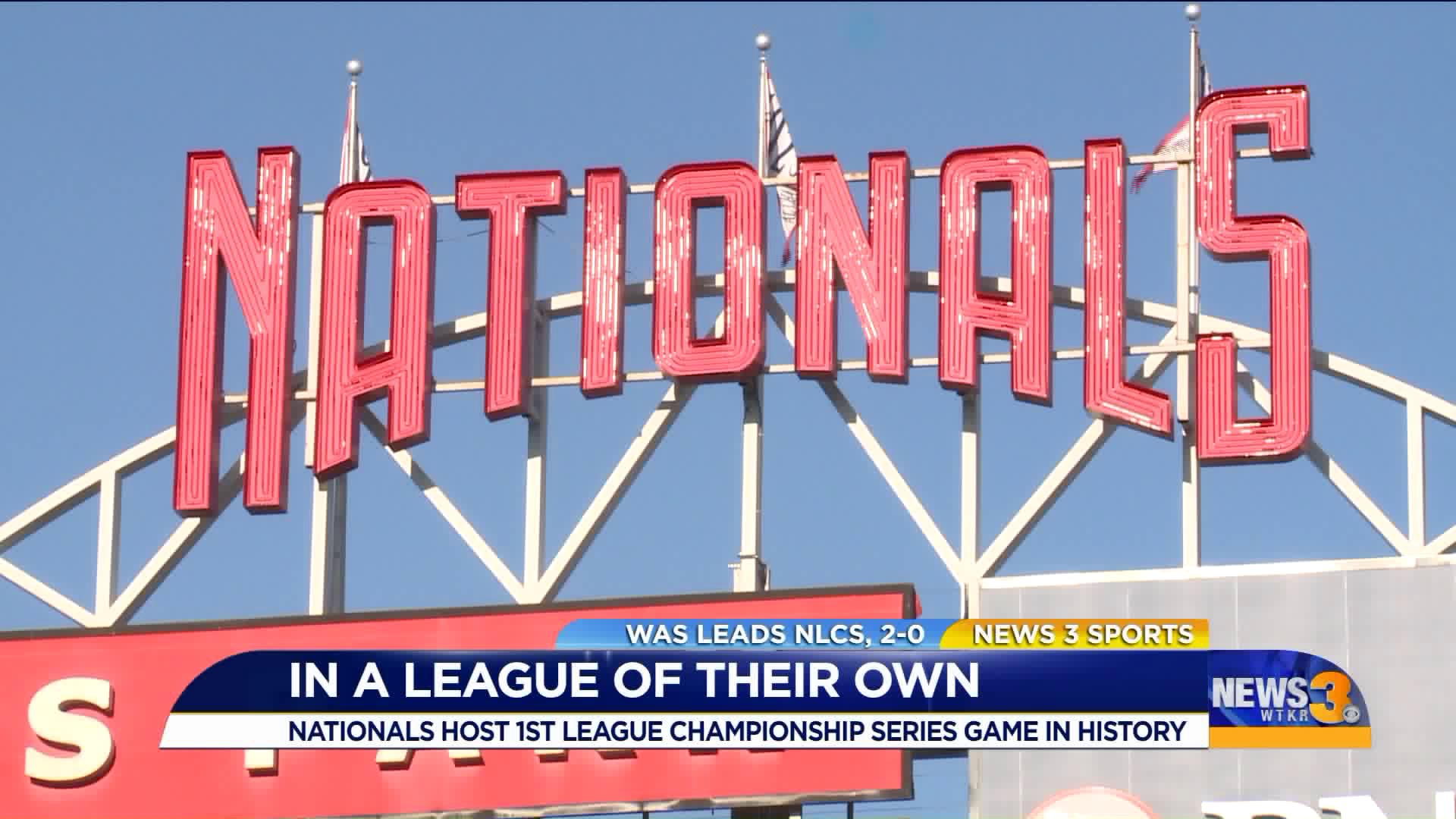 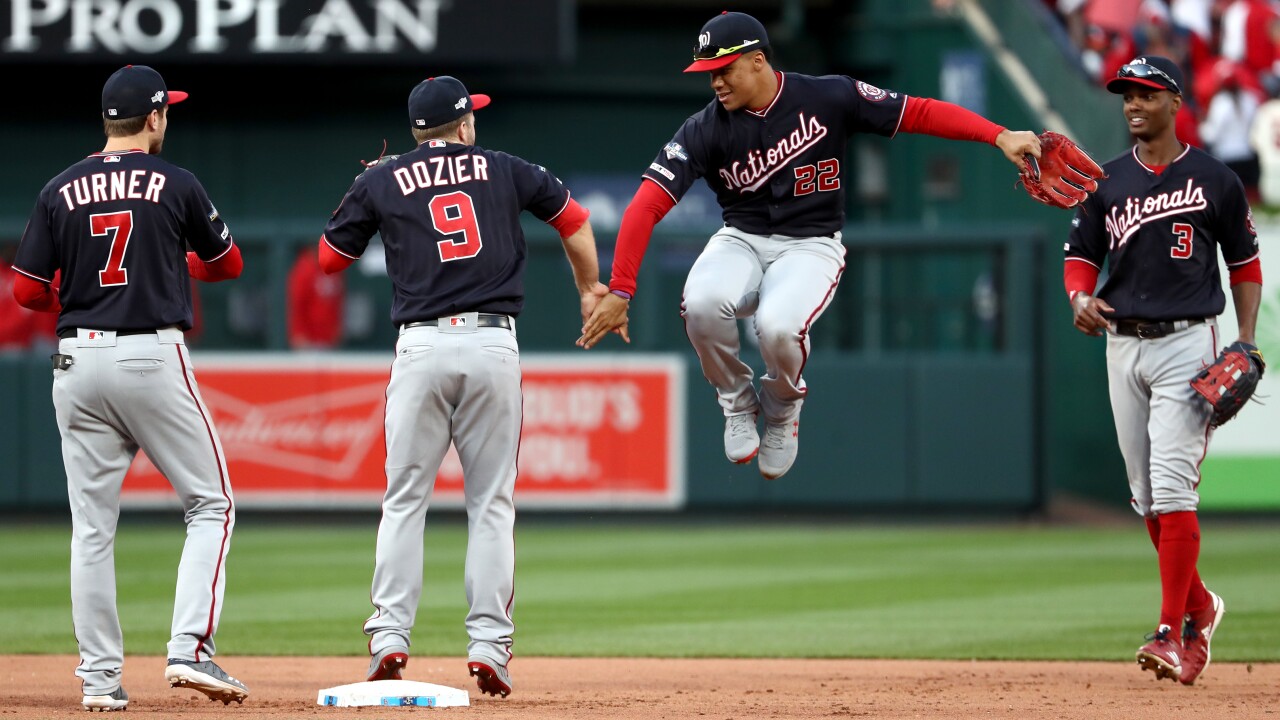 WASHINGTON, DC - It's been a while, Washington.

Monday night, the Washington Nationals host the first League Championship Series game in the history of our Nation's Capital. (The first ALCS & NLCS were played in 1969; The Washington Senators relocated to Minnesota in 1960).

When the Nats welcome the St. Louis Cardinals to Nationals Park, they'll do so with a commanding 2-0 lead in the best of seven National League Championship Series. Washington, with the help of dominant starting pitching, won games one and two on the road.

"Oh, my gosh," exclaimed Nationals relief pitcher Sean Doolittle, a UVA product. "I don't even think -- it almost -- it almost -- I don't want to say it was like unrealistic, but that would have felt like maybe too much to ask even for like a best case scenario. You have your two starters take no hitters past the seventh inning, and we get some timely hitting and come out of there with both games, I mean, that is absolutely -- we literally couldn't have scripted it any better."

"Everything starts with our starting pitchers," admitted Nationals manager Dave Martinez." When they start the game, you try to see how long they can go. Fortunately, we're built -- this team's built around our starting pitching, and they've been pitching really well."

Game three of the NLCS is set for 7:38 p.m. Monday. Stephen Strasburg will start for Washington. He'll be opposed by Jack Flaherty of the Cardinals.

News 3 will have LIVE pregame coverage from Nationals Park Monday during News 3 at 5:00 and 6:00 p.m.