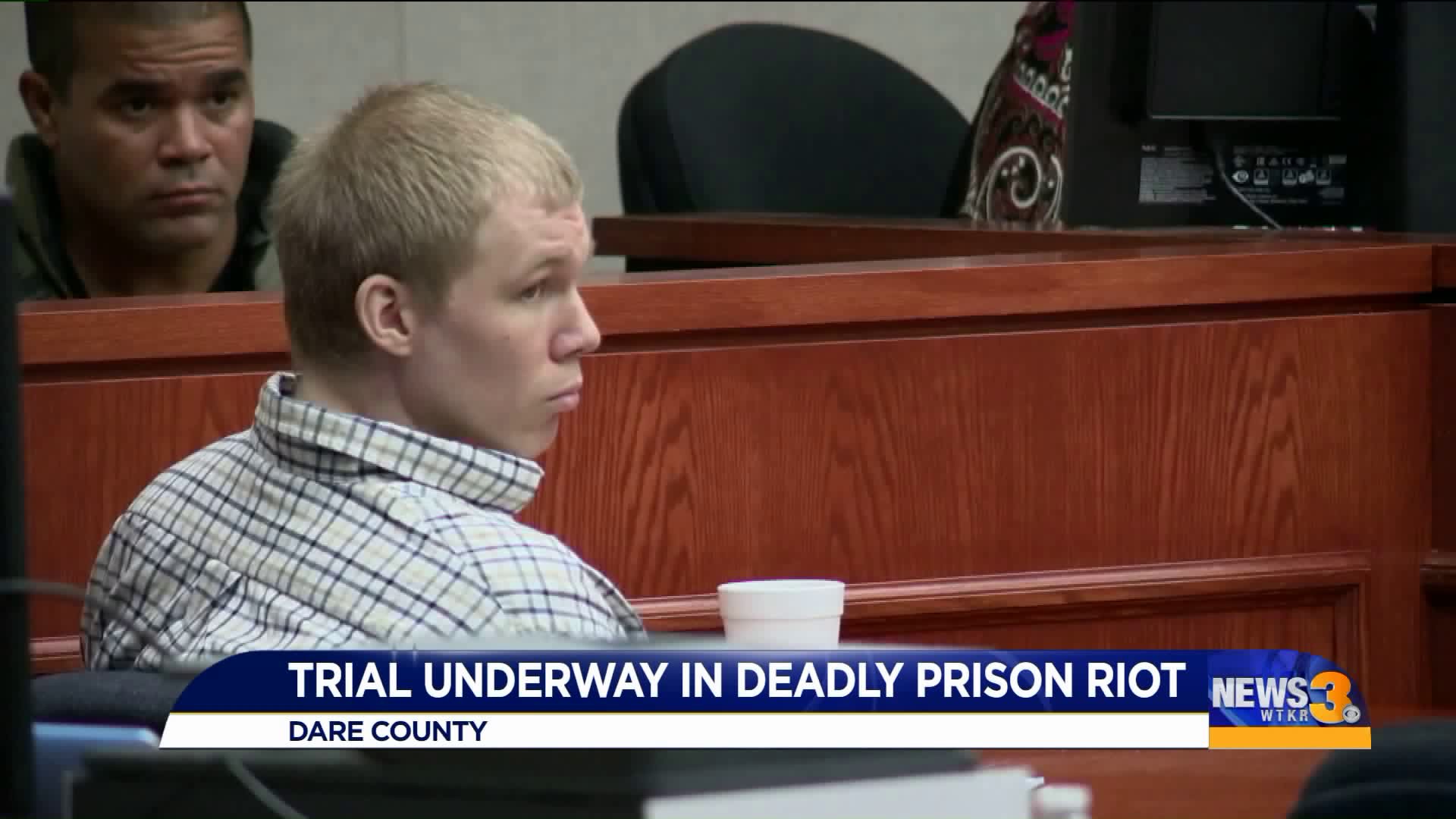 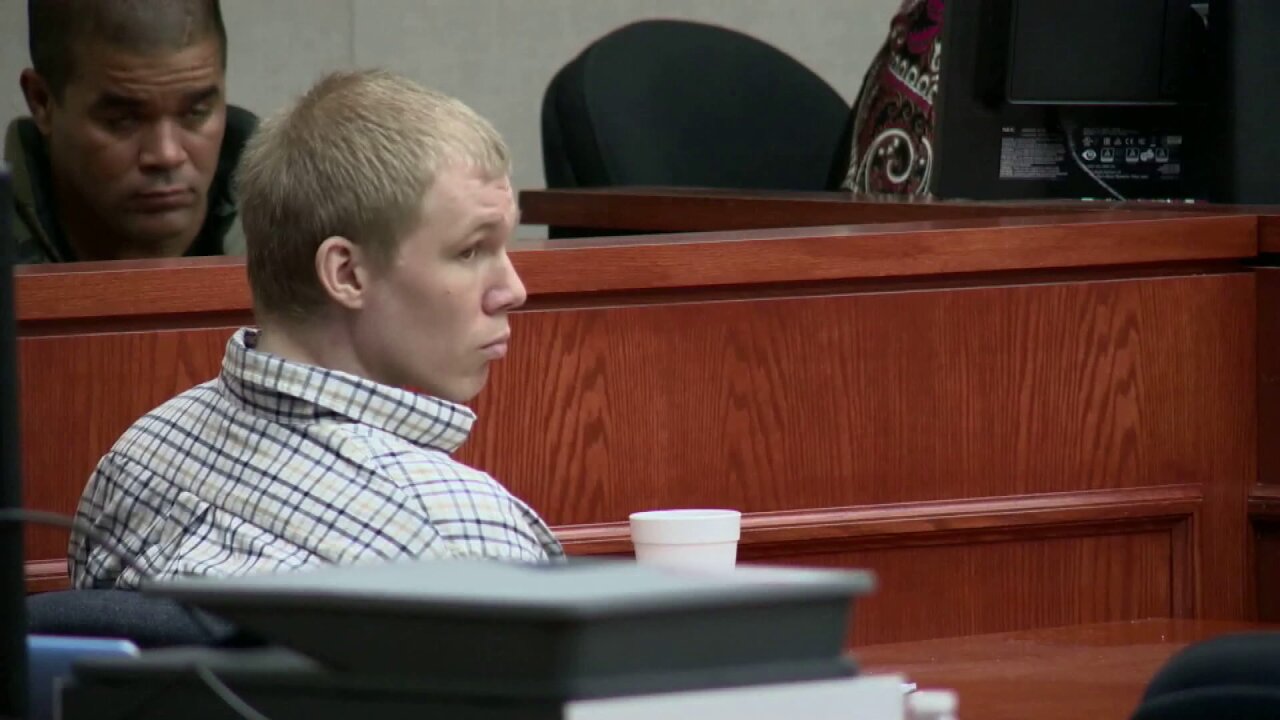 PASQUOTANK Co., N.C. - Mikel Brady is one of four prisoners accused of murdering four correctional officers at Pasquotank County Prison in October of 2017.

The incident happened around 3 p.m. when officials said inmates started a fire in the facility's Specialty Sewing Plant. About 30 inmates work in the plant producing embroidered logo items, safety vests and other sewn items. After the fire was set, several inmates are accused of unsuccessfully attempting to escape.

The attack was so intense, some employees locked themselves inside offices.

According to court documents, the prisoners were attacking workers with hammers and screw drivers.

Brady's trial is underway in the county and the first witness was called to the stand on Monday. The responding officer said “the thing I remember about that day was the odor of pure blood.”

The responding officer, William Davis from Elizabeth City PD, was wearing a body camera as he walked through the prison on the deadly day.

"It was chaos when I arrived, but the thing that will stick with me about this case is the smell of blood, the odor of pure blood right when I stepped on the loading dock," Davis explained on the stand.

The 26 minute was shown in court, many images so graphic, family members of the deceased officers, walked out weeping.

"When I went to move his neck back he had a very large laceration from here to here, his neck literally just laid open i could see all the way through," Godfrey said.

Brady surrounded by armed guards  watch with intent as the body camera footage played. A former officer of the prison who took the stand late Monday afternoon said, "He just sat near the fence near the curb, no emotion on his face."

Prosecutors are seeking the death penalty against all four defendants who, if found guilty must be sentenced to either death or life in prison without parole.

Several other employees of Pasquatank Correctional also took the stand late Monday afternoon.  The trial for Brady is expected to last several weeks.

News 3 will have updates as the trial continues. Follow Reporter Chelsea Donovan for tweet updates as well.

Officer William Davis describes finding Justin Smith a correctional officer in a pool of blood in the sewing room in the prison. Says his body was sautéed, lifeless. @WTKR3

Victims of attempted prison escape remembered for love of their family