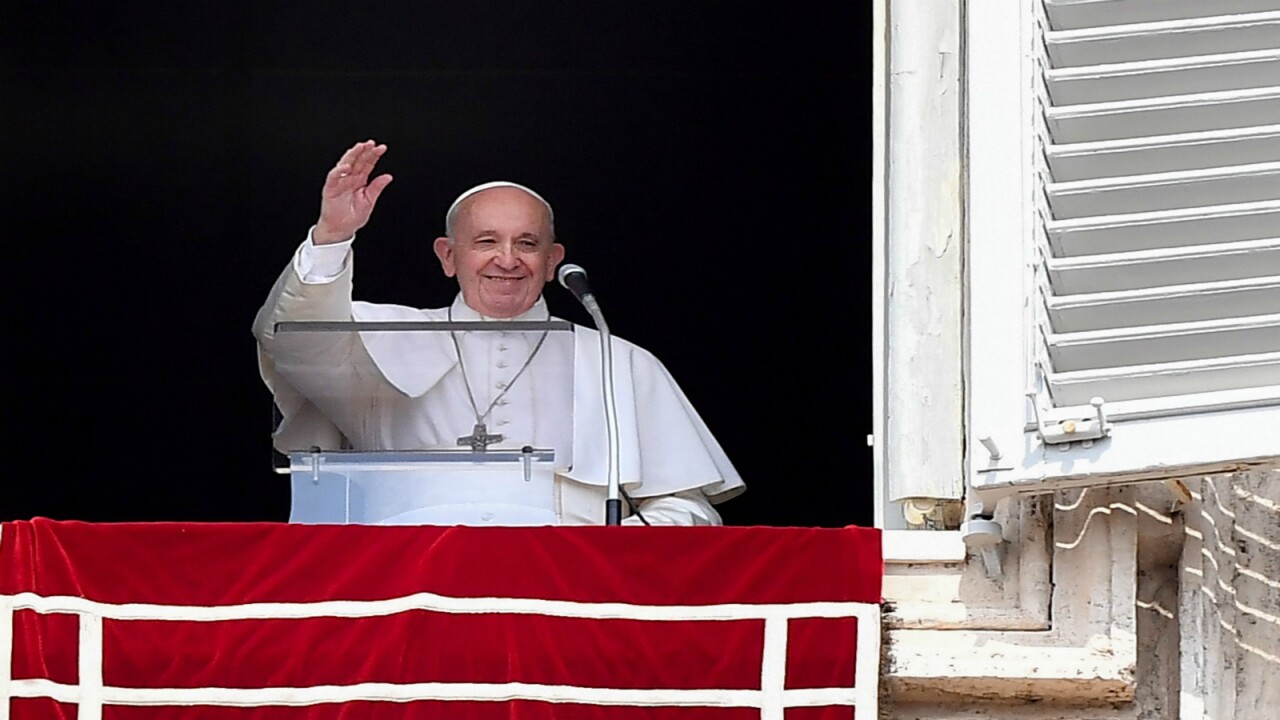 The New Orleans Saints got some unexpected support from Pope Francis before Sunday’s win over the Jacksonville Jaguars.

Pope Francis isn’t known for his love for American football — he’s more of a soccer guy — but he posted a tweet that accidentally backed the Saints.

“Today we give thanks to the Lord for our new #Saints. They walked by faith and now we invoke their intercession,” he tweeted.

Today we give thanks to the Lord for our new #Saints. They walked by faith and now we invoke their intercession.

The tweet was a line from the homily Pope Francis delivered on Sunday at the canonization of five new saints, but the hashtag added the fleur-de-lis symbol from the Saints helmets.

Twitter users were quick to point out the error, but Saints fans were pretty excited.

“Louisiana is QUAKING right now. This is my proudest moment and I don’t even care if it was an accident,” one fan replied.

Another said the team was taking its complaints about officiating all the way to the Vatican.

Any number of folks said they were betting all their money on the Saints.

You should gamble responsibly, but Pope Francis is now 1-0 after the Saints 13-6 victory.

After the game, the Saints tweeted “Couldn’t lose after this. #Blessed and and highly favored.”