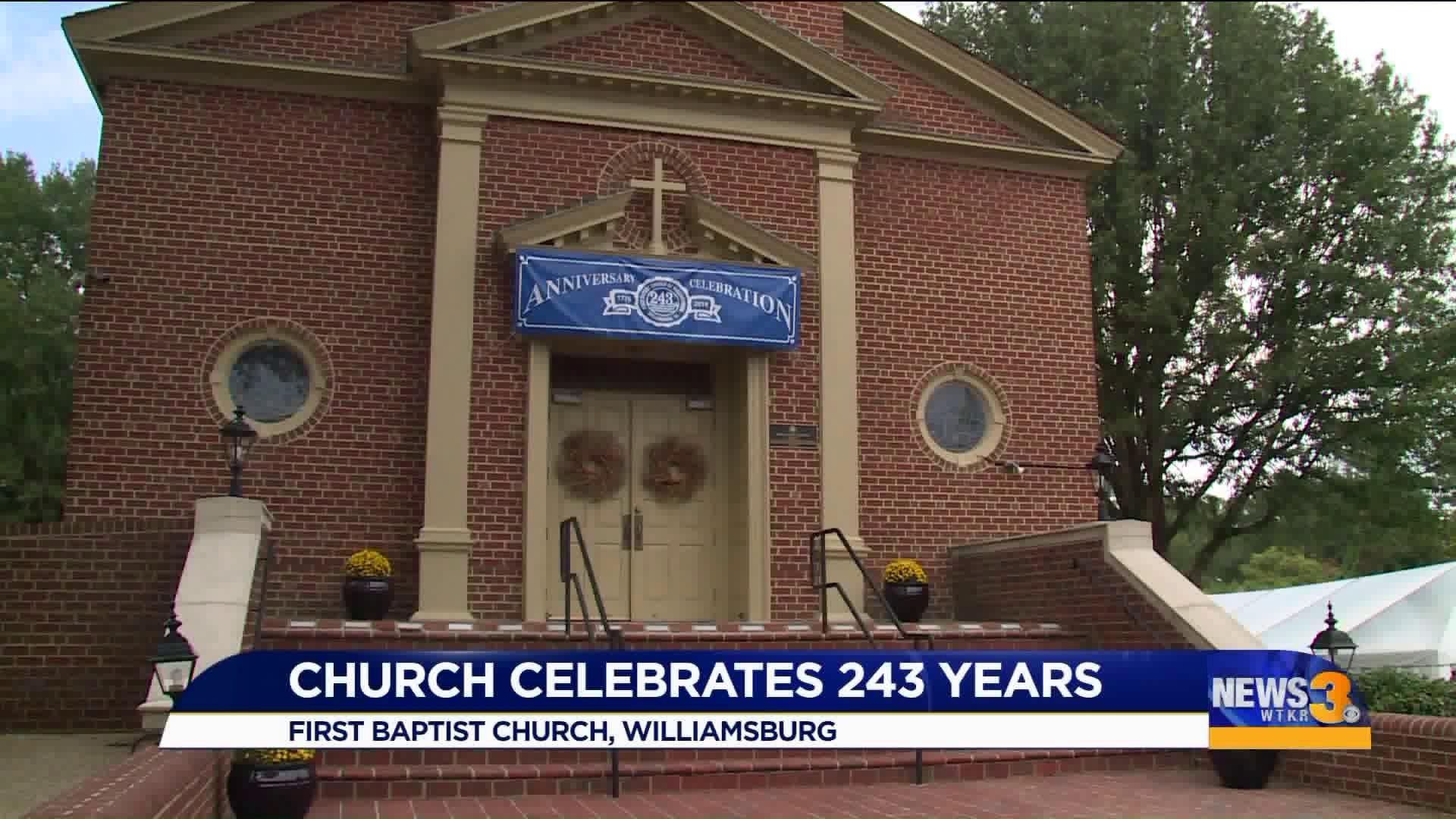 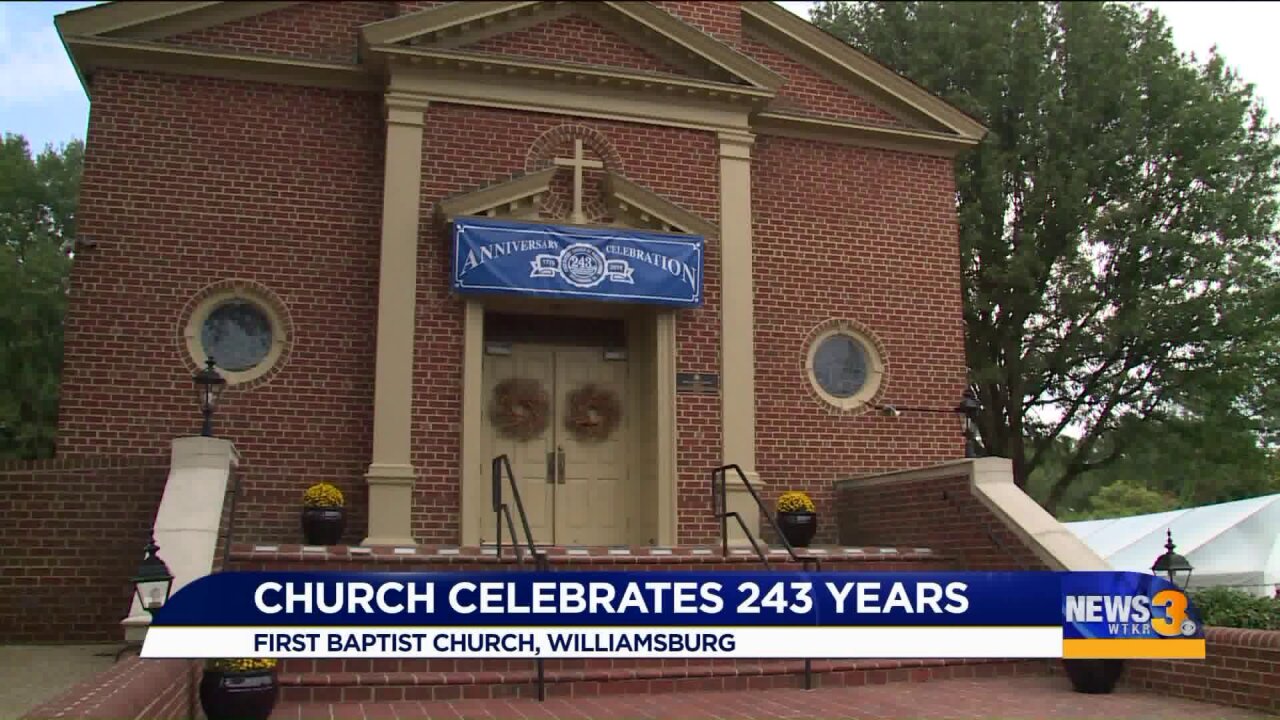 WILLIAMSBURG, Va. -- It was a birthday celebration where instead of people chanting “happy birthday,” it was gospels. Worshippers celebrated 243 years of the First Baptist Church in Williamsburg, a church that stood the test of time and history.

"I grew up in this church. My family was here and it means a lot to me really," Dennis Gardner, a church congregant said.

He and other congregants filled the pews, Sunday. Each one was full as they listened to preachers give messages of faith.

Gardner attended the church for decades and held multiple roles throughout his time there.

"I’ve been in the church some 74 years so I’ve done a lot of things," Gardner said. "I was an usher and I sang in the men’s choir, and also sang in the mixed chorus."

"To sit here on the shoulders of my ancestors and to understand that they fought so long," Connie Matthews-Harshaw, another congregant and the president of  the Let Freedom Ring Foundation, explained, "and so hard for the right to serve God in a way that they wanted to, I feel like I’m a benefactor."

Now, Matthews-Harshaw said she wants to expand that experience to others. She is working to preserve and share the church’s history.

"In Williamsburg, we are delighted that history is coming to light," She said. "Our foundation is helping the first Baptist Church with its history, to tell that story, to tell its whole story."

More stories will be written as Matthews-Hershaw and Gardner said they are confident First Baptist Church will be here for many more years to come.

The church is located at 727 West Scotland Street in Williamsburg. Worship services are Sundays at 11:00 a.m. More information on the church can be found on its website.