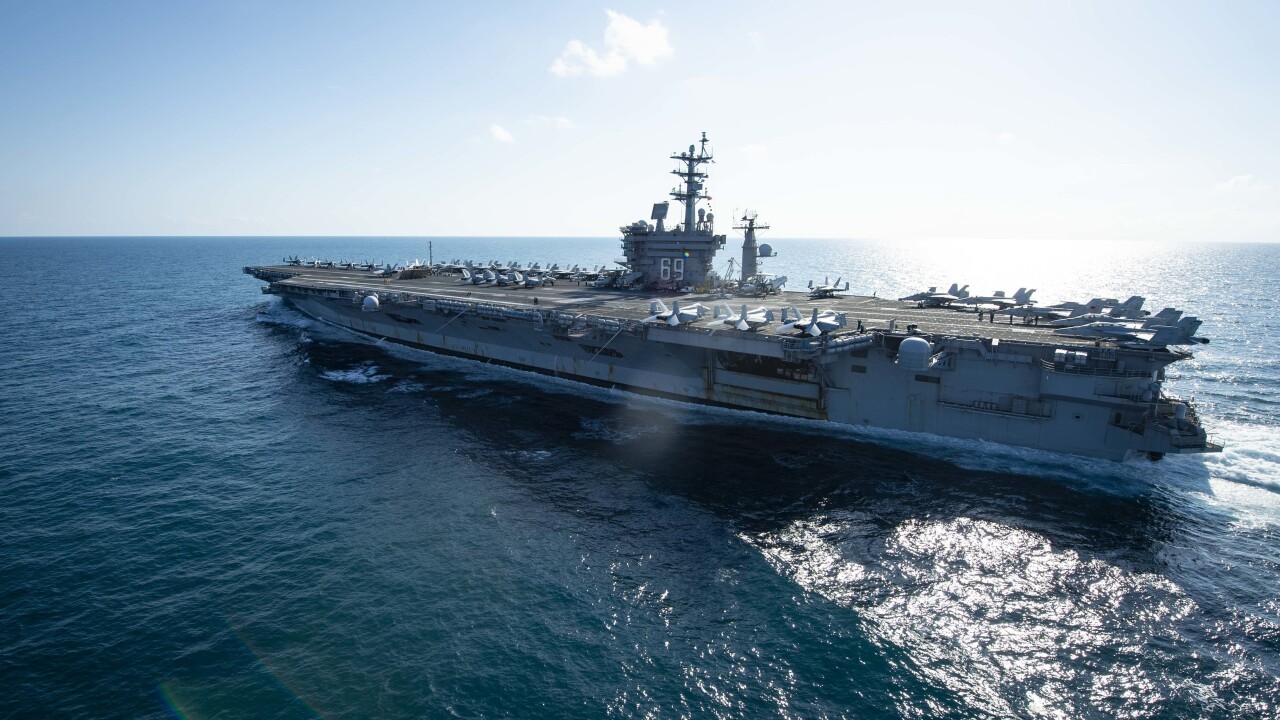 Salute to the United States Navy, which celebrates its 244th birthday on Sunday.

Founded on October 13, 1775, the US Navy describes itself as the “largest, most advanced, and most lethal fighting force the world has ever known.”

In 1972, nearly 200 years after its founding, Adm. Elmo Zumwalt designated October 13 as the Navy’s official birthday.

He ordered the day to be celebrated to “enhance [the] appreciation of our Navy heritage” and encourage “pride and professionalism in the Naval Service.”

Here are five things to know about the US Navy:

The Continental Congress established the Continental Navy at the beginning of the American Revolution. Its main purpose was to disrupt British supply ships.

On October 13, 1775, the Continental Congress purchased two armed vessels to attack British ships and prevent them from reaching soldiers in the colonies.

Congress passed a resolution creating a committee to oversee the purchase and manage the small, but growing, fleet.

After the US won its independence in 1783, the Continental Navy was disbanded and its remaining ships were sold. Its officers and sailors returned to civilian life.

Before long, the young country began facing threats from pirates and others wishing to disrupt its seaborne commerce. To defend its interests, Congress moved to reestablish a naval fleet. President George Washington signed the Naval Act of 1794 creating a permanent standing US Navy. The Navy was run by the Department of War until Congress established the Department of the Navy in 1798.

It’s the largest navy in the world

Today, the US Navy is the largest naval force in the world.

It boasts more than 330,000 active-duty personnel, and an additional 100,000 on ready reserve, according to the US Navy.

The Navy describes its submarines as “one of the most lethal weapons in the nation’s arsenal” and says they navigate the world’s seas unseen carrying out secret missions.

It names ships after states and national heroes

In 1819, Congress gave the duty and responsibility of naming ships to the Secretary of the Navy.

190126-N-XN177-1065 SAN DIEGO (Jan. 26, 2019) Sailors from Naval Base Coronado Security Department perform a 19 gun salute during the commissioning ceremony of USS Michael Monsoor (DDG 1001). DDG 1001 is the second Zumwalt-class destroyer ship to enter the fleet. It is the first Navy combat ship named for fallen Master-at-Arms 2nd Class (SEAL) Michael Monsoor, who was posthumously awarded the Medal of Honor for his heroic actions while serving in Ramadi, Iraq, in 2006. (U.S. Navy photo by Mass Communication Specialist 1st Class Peter Burghart)

It’s not an easy as just picking a name. In fact, there’s a long list of rules and regulations that must be followed. For example, all first-class battleships, those armed with 40 guns or more, must be named for the states, and not for any city, place or person until the names of states have been exhausted, according to Naval History and Heritage Command (NHHC). The Navy, however, no longer has any battleships in its ship inventory.

Fortunately, the secretary can rely on others for help. Each year, NHCC compiles a list of possible names. The recommendations are based on research and suggestions from military personnel and the public.

It’s a huge honor for a ship to be named after a person. The tribute is usually reserved for naval leaders and national figures who are considered heroes of war or made extraordinary achievements in peace. The Navy’s newest ship, the latest model of destroyer, is the USS Zumwalt, named after that admiral that designated its birthday.

Its SEALs aren’t named for the animals

Navy SEALs are the US Navy’s special operation force. They’re adept at navigating the seas but aren’t named after the semi-aquatic marine mammal that shares that skill.

SEAL stands for Sea, Air and Land — all the places the elite force carries out missions.

In 1961, Adm. Arleigh A. Burke, then serving as chief of naval operations, authorized the creation of SEAL teams to carry out unconventional operations, including capturing or eliminating high-level targets and intelligence gathering.

Sailors hoping to be a SEAL must successfully complete arduous training, including “Hell Week” in which candidates endure a week of constant stressful training with little sleep. Each year about 1,000 candidates start SEAL training, but only 200-250 actually complete it, according the Navy.

It really does have an NCIS

The Naval Criminal Investigative Service is the civilian federal law enforcement agency that investigates crimes, prevents terrorism and protects secrets for the Navy and Marine Corps.

The service is comprised of about 2,000 personnel and operates in 191 locations in more than 41 countries, according to NCIS.

NCIS special agents deploy aboard Navy vessels and conduct security assessments ahead of US Navy ships docking in foreign ports.

While its activities aren’t always as dramatic as the TV show presents them, NCIS says it solves and prevents crimes “ashore, afloat, and in cyberspace.”