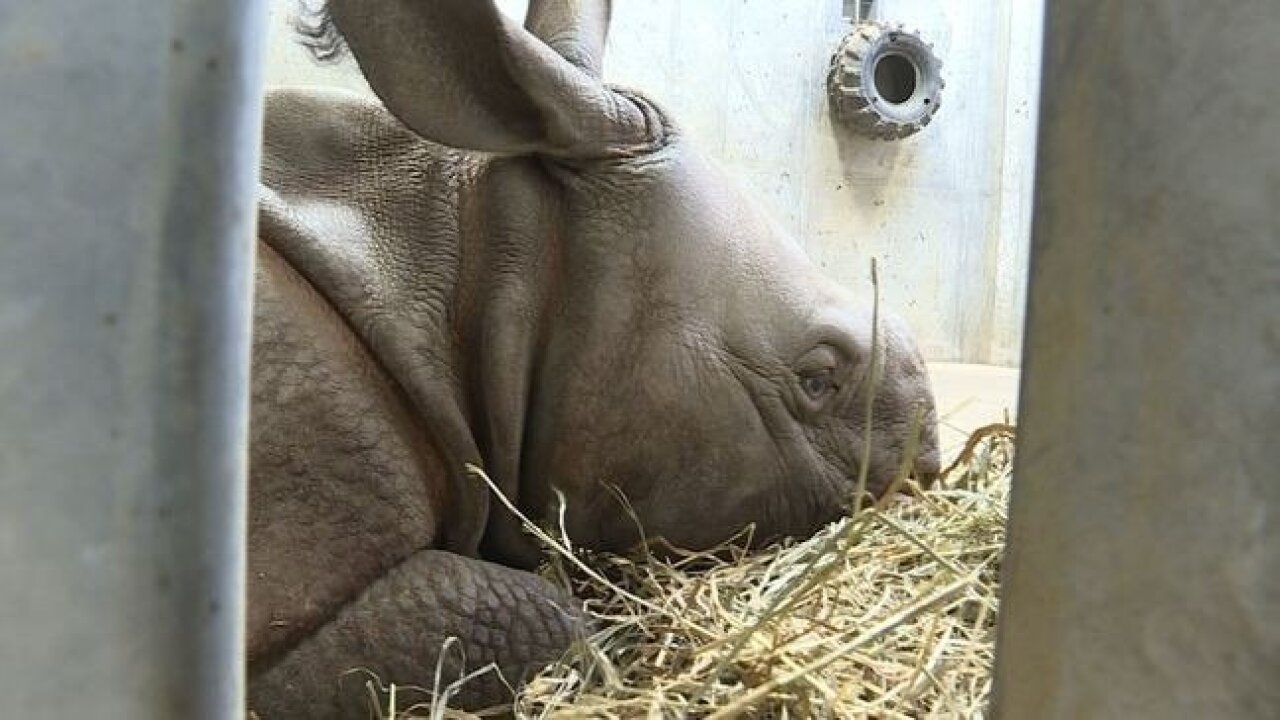 Embargoed to Omaha, NE Marshall the indian rhino lounges in some soft hay in his heated indoor enclosure while temperatures outside hang around 25 degrees.

Marshall the indian rhino lounges in some soft hay in his heated indoor enclosure while temperatures outside hang around 25 degrees.

Omaha, NE (KPTM) — It’s not just people looking for a way to stay warm during an early freeze this weekend.

The creatures that call Omaha’s Henry Doorly Zoo home are feeling the chill too.

But not if they’re the zoo’s newest baby rhino.

Little Marshall isn’t supposed to be outside if it’s less than 50 degrees fahrenheit.

So he gets to stay in a nice, warm indoor enclosure complete with snacks and cozy hay.

“Being able to provide accomodations in the chillier weather is really great for them as well as those animals who have immersive indoor exhibits,” said Kelly Goodyear, zookeeper. “It allows guests to see them every day of the year while still being kept nice and warm and comfortable.” Marshall is just about a month old and weighs 270 pounds.