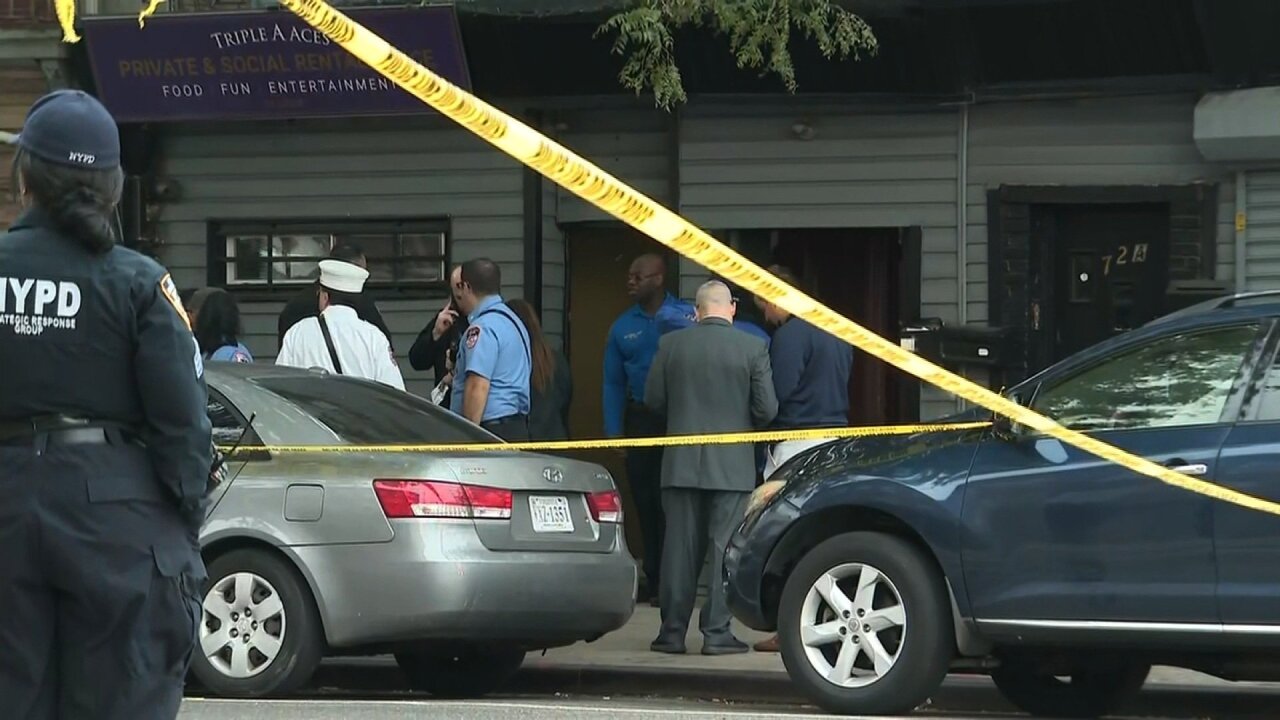 **Embargo: New York, NY** One male was shot in the arm during the shooting while two other survivors were shot in the leg.

At least four people are dead and at least three injured in a shooting at “some sort of social club” in Brooklyn, says New York Police Department spokesman Brian Magoolaghan.

**Embargo: New York, NY**
One male was shot in the arm during the shooting while two other survivors were shot in the leg.

Police officers and the Fire Department of New York responded to calls of a shooting about 7 a.m. Saturday at the unlicensed club on Utica Avenue in the Crown Heights section of the borough.

The three survivors were taken to hospitals with injuries that were not life-threatening. One male was shot in the arm while another male survivor and a female were both shot in the leg, police said.

Police have no information on a suspect or motive, Magoolaghan said.

Chief of Detectives Dermot F. Shea said at a press conference that police found evidence of gambling, with cards and dice inside the space. He said at least 15 people were present. Two guns were recovered.

Of the seven shot, two were from outside of New York City and the rest from Brooklyn, Shea said. They were all between the ages of 32 and 49.

Chief of Patrol Rodney Harrison said police have received no complaints in recent years about activity at the illegal spot.