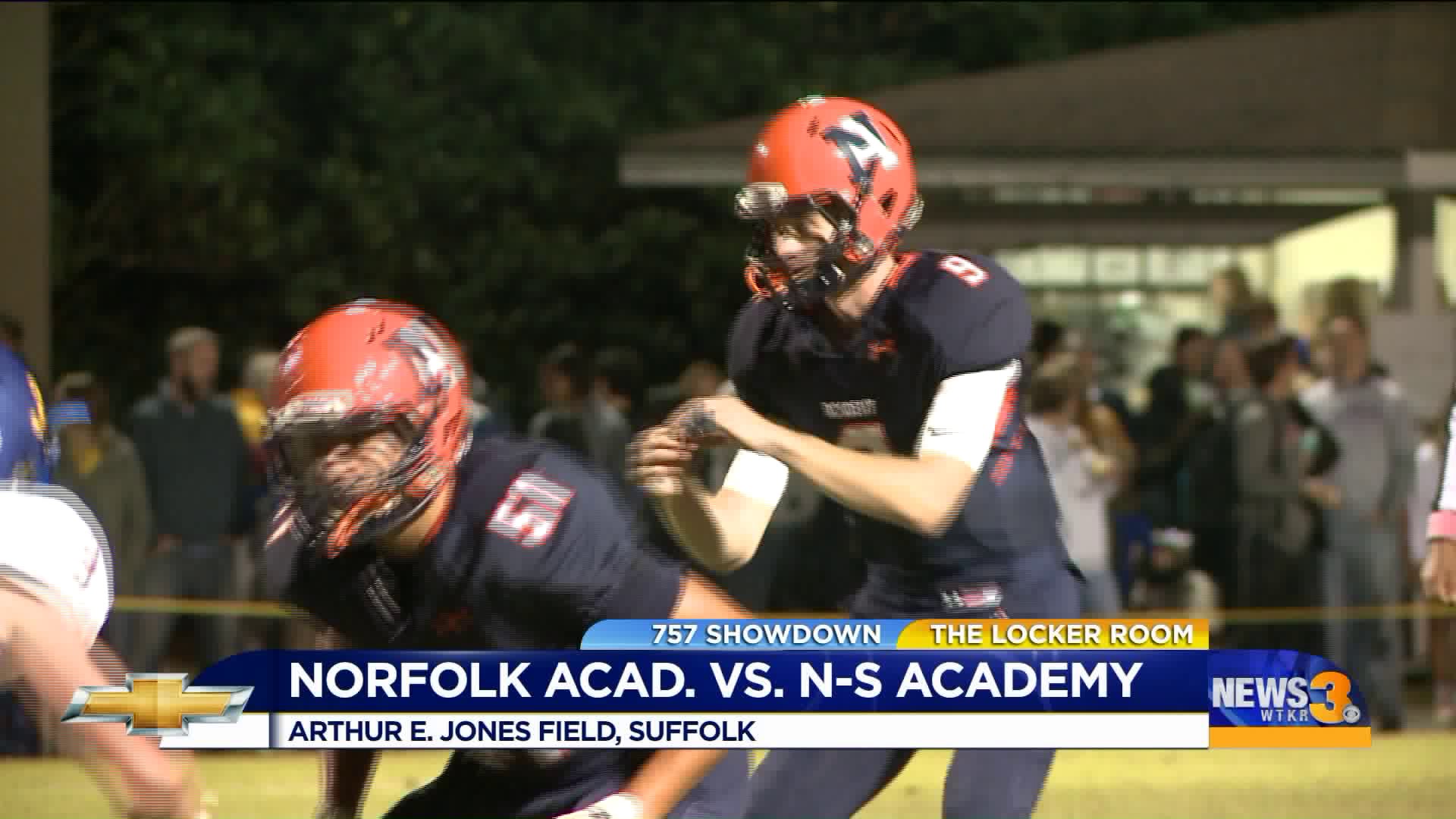 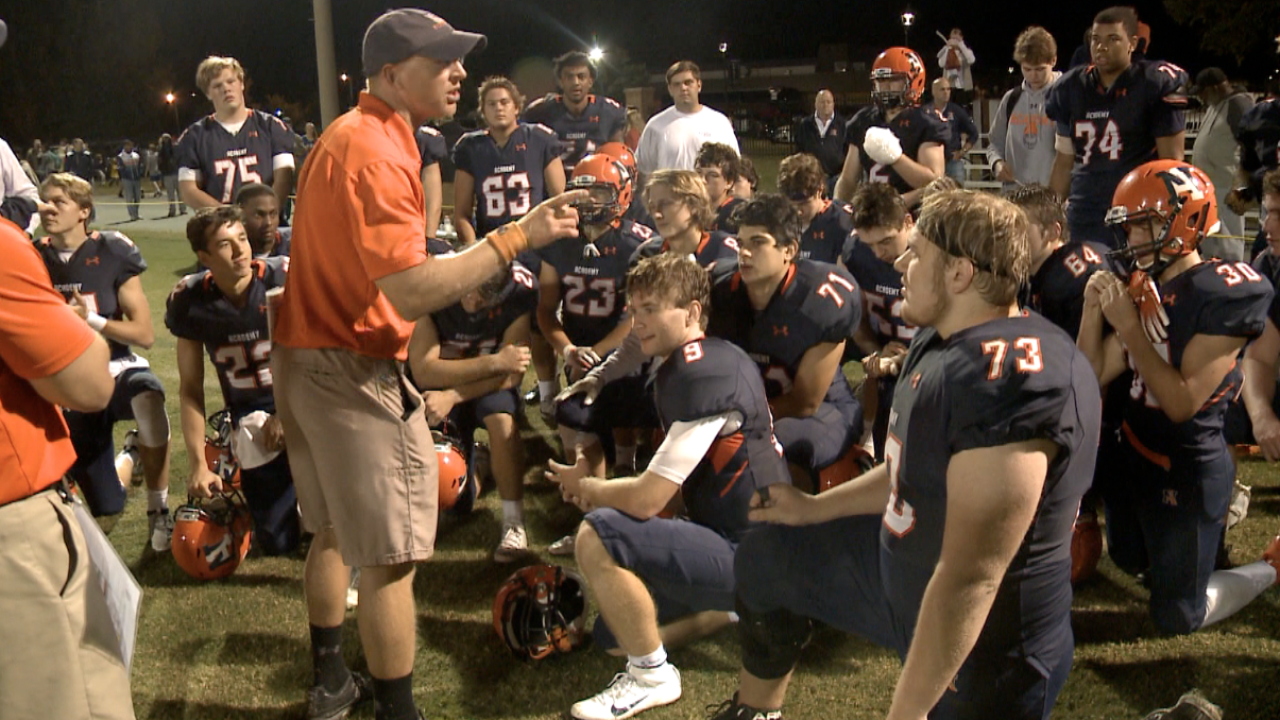 SUFFOLK, Va. - After losing on their own turf last season, Norfolk Academy was looking to return the favor when the Bulldogs traveled to Nansemond-Suffolk Academy on Friday night.

It was the Saints' homecoming and in front of a packed house the Bulldogs scored on the first play of the game. Drew Duffy handed it off to Yale commit Jacob Saffold who scored, giving the Bulldogs a 7-0 lead.

That's exactly what happened in last year's series matchup on Norfolk Academy's first offensive possession of the game, and the team was looking to avoid a repeat.

"Last year for our home game we scored on our very first offensive play and we lost the football game," Bulldogs head coach Steve Monninger said. "After we

scored on the very first play this year we knew that the game wasn't over."

Norfolk Academy used last year as motivation to run up the score in the first half, taking a 21-0 lead in the second quarter before the Saints put six on the board in the final few minutes ahead of the half.

The Bulldogs then shut out Nansemond-Suffolk the remainder of the game to win it 35-6.

"This year's motto is, 'Well done is better than well said,' and we're really doing that this year," Bulldogs running back/linebacker Jasper Doyle said. "We went 1-0 this week."