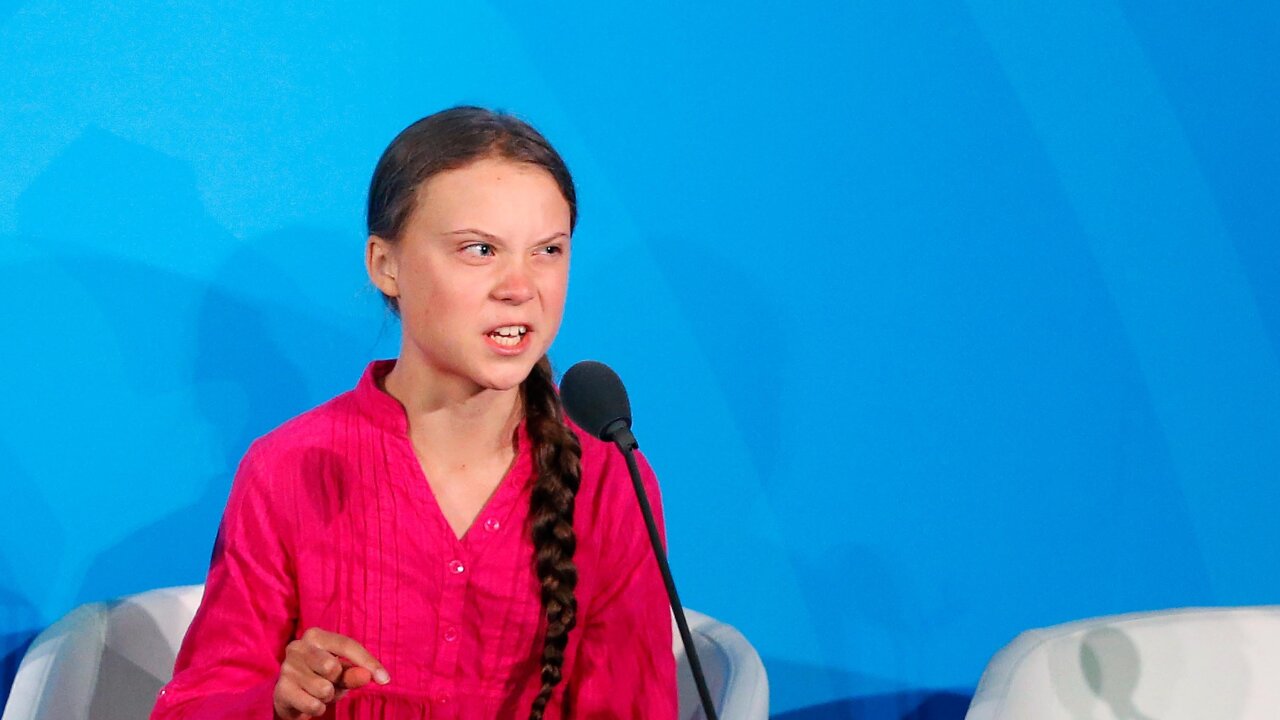 Swedish teenage activist Greta Thunberg did not win this year’s Nobel Peace Prize but that didn’t stop her from taking her call for greater action on climate change to Denver on Friday.

Swedish teenage activist Greta Thunberg did not win this year’s Nobel Peace Prize, but that didn’t stop her from taking her call for greater action on climate change to Denver.

Swedish teenage activist Greta Thunberg did not win this year’s Nobel Peace Prize but that didn’t stop her from taking her call for greater action on climate change to Denver on Friday.

“The older generations are failing us and the political leaders are failing us, but we will be watching and holding them accountable,” she told the crowd to cheers and applause.

She blasted political leaders for their immaturity and inability “to tell it like it is.”

“The people in power continue to ignore us… How dare they,” she said.

“How dare they leave this mess for their own children to clean up,” Thunberg said. “How dare they pretend they are doing enough when the politics needed are still nowhere in sight.”

The next global climate strike is scheduled for November 29, she said.

“We must prepare ourselves to go on for a very long time, unfortunately… The world is waking up. And we are the change and change is coming whether you like it or not.”

Chants of “Greta! Greta!” rose from the crowd.

Another event organizer, 350 Colorado, said in a statement that Thunberg’s visit is intended to support the work of young activists there, CNN affiliate KDVR reported. A Denver climate strike on September 20 attracted more than more than 7,500 participants, according to the group.

Throngs of hundreds of sign-waving participants could be seen in aerial news footage during Friday’s rally.

The young activist first grabbed the world’s attention in August 2018 by skipping school and standing outside the Swedish Parliament to seek a stronger response to climate change.

Last month, she spoke at the UN Climate Action Summit in New York.

“We are in the beginning of a mass extinction and all you can talk about is money and fairy tales of eternal economic growth,” Thunberg told the United Nations General Assembly. “How dare you?”

Thunberg appeared visibly frustrated with her UN audience and at times appeared to be holding back tears of anger.

“You have stolen my dreams and my childhood with your empty words and yet, I’m one of the lucky ones,” she told the assembly, her signature long braid swept to the side. “People are suffering, people are dying.”

She started with weekly sit-ins outside the Swedish Parliament, holding a handmade “School Climate Strike” sign. In just a few months, the one-girl protest grew into a worldwide movement, with students walking out of schools in well over 100 countries.

Thunberg is taking a sabbatical year from school to attend conferences and meetings with policymakers and those impacted by climate change.

She was widely considered by bookmakers to be the favorite to win the 100th Nobel Peace Prize this week. Thunberg would have become its youngest ever recipient — a year younger than Malala Yousafzai was when she shared the award in 2014.

The award this year went instead to Prime Minister Abiy Ahmed of Ethiopia for his role in ending the 20-year war between his country and Eritrea.