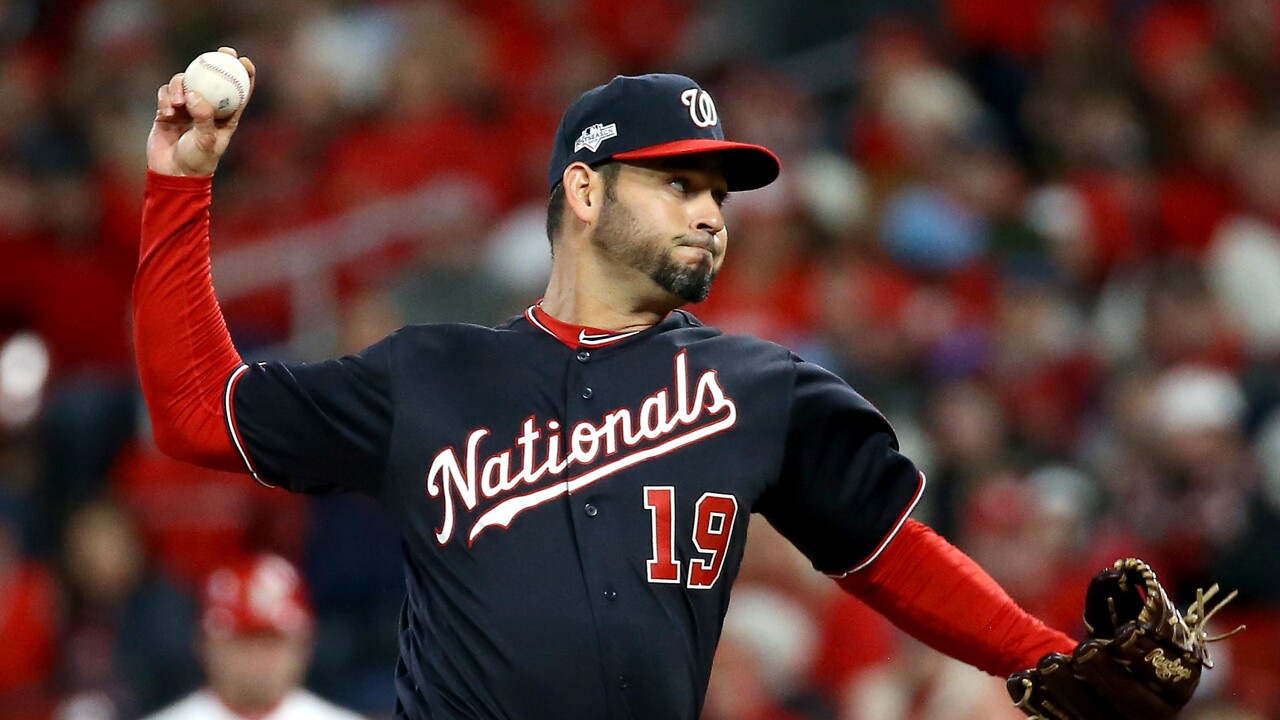 ST. LOUIS, Mo. – The Washington Nationals’ first National League Championship Series appearance was quite a hit. Actually, it was nearly a no-hit.

The Cardinals’ Jose Martinez broke up starting pitcher Aníbal Sánchez’s no-hit bid with two outs in the eighth inning. Sanchez was four outs away from the third no-hitter in MLB postseason history.

According to MLB.com, Sánchez’s gem is the deepest unsuccessful individual no-hit bid in a postseason game since Oct. 5, 1967, when Jim Lonborg allowed a hit with two outs in the eighth, according to the Elias Sports Bureau.

Washington went on to defeat the St. Louis Cardinals 2-0 in game one of the best of seven NLCS. Game two is Saturday at 4:08 p.m. in St. Louis. Washington ace Max Scherzer will pitch for the Nationals. He’ll be opposed by the Cardinals’ Adam Wainwright.

UVA product Sean Doolittle replaced Sanchez and pitched the final 1.1 innings to earn the save as the Nats take a 1-0 lead in series.

The no-hitter was kept intact by an incredible play from Virginia Beach’s Ryan Zimmerman in the eighth inning.